On the mountain slopes of the western United States, climate can play a major role in determining which tree communities will thrive in the harshest conditions 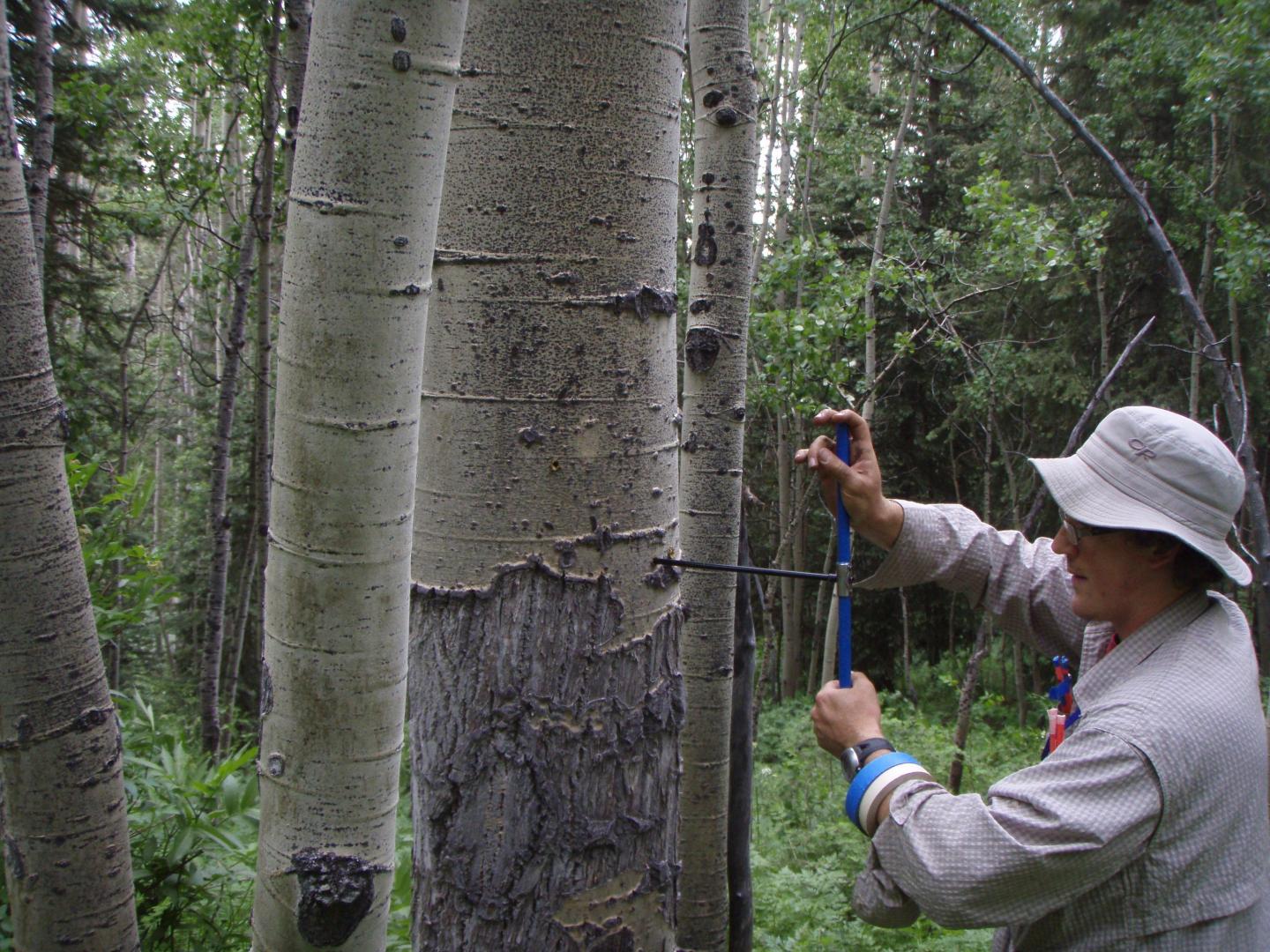 Washington, DC– On the mountain slopes of the western United States, climate can play a major role in determining which tree communities will thrive in the harshest conditions, according to new work from Carnegie’s Leander Anderegg and University of Washington’s Janneke Hille Ris Lambers.

Their findings, published in Ecology Letters, are an important step in understanding how forest growth will respond to a climate altered by human activity.

As researchers try to anticipate how climate change will affect forest ecosystems, it is crucial to understand the factors that influence how forest habitats change over time–including both environmental conditions and competition for resources. One of the oldest ecological principles asserts that competition between trees will constrain growth under mild conditions and climate will constrain growth under harsh conditions.

“This question has moved from the realm of academic theory to a critical practical consideration for land managers, who are trying to determine how the ranges of different tree species will shift,” said Anderegg. “So, we wanted to test the theory across a large scale.”

They found that under the harsh conditions such as cold high elevations or dry low elevations, tree growth is constrained more by the climate than by fighting for resources, as predicted. However, under mild conditions, resource competition was not the single limiting factor that they’d predicted it would be.

“Going back to the days of naturalist explorers like Charles Darwin and Alexander von Humboldt, we have been talking about this potential tradeoff between climate-driven growth and competition-driven growth as conditions vary from harsh to mild,” Anderegg said.

The pair’s findings demonstrated that this age-old ecological theory was predictive of growth patterns under harsh conditions on the regional scale across the Western U.S. However, when climate was not limiting many other factors were in play making it difficult for forest managers to use the theory to anticipate how forest growth in mild environments might shift due to climate change.

Despite this, Anderegg and Hille Ris Lambers are optimistic that future work building off this research and introducing more factors into consideration will enable ecologists to build modeling tools that will anticipate the impact that an altered climate will have on forest ranges.

This research was supported by the National Science Foundation, a National Oceanographic and Atmospheric Administration Climate and Global Change postdoctoral fellowship, a UW Biology Wingfield/Ramenofsky Research Award, and a WRF Hall Research Fellowship.

Fitting a right hand in a left-handed mitten

Scienmag Apr 25, 2019
Credit: Valentina Arkhipova, University of Groningen Many biomolecules come in two versions that are each other's…