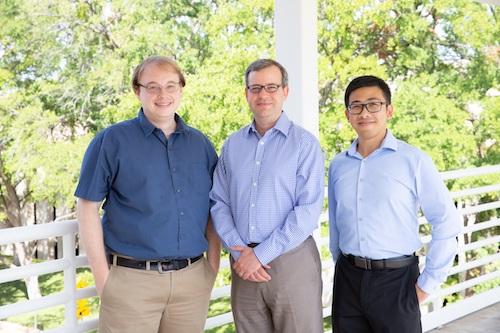 DALLAS – July 31, 2019 – UT Southwestern researchers have shown that precision editing of the bacterial populations in the gut reduces inflammation-associated colorectal cancer in mice.

The study published this week by the Journal of Experimental Medicine could lay the groundwork for novel cancer prevention strategies for individuals with chronic intestinal inflammation. Inflammatory bowel disease (IBD) affects more than 1.6 million people in the United States, about equally divided between those with ulcerative colitis and Crohn’s disease, said co-corresponding author Dr. Ezra Burstein, Professor of Internal Medicine and Molecular Biology and Chief of UT Southwestern’s Division of Digestive and Liver Diseases.

People living with IBD have a higher risk of developing colon cancer, which can be a source of significant health consequences for these patients, he said. The World Health Organization lists colorectal cancer as the third most-common cancer worldwide and the second highest cause of malignancy-related death.

IBD increases the risk of colorectal cancer by three- to sevenfold. Because of that association, patients with persistent bowel inflammation should get intestinal screening, called colonoscopy, three to 10 times more often than healthy people who have no family history of such cancer: every one to three years vs. every 10, Dr. Burstein said.

“The most significant finding in this study is that manipulating the intestinal microbiome is sufficient to affect the development of tumors. One could envision a time in which medications that change the behavior and composition of the bacteria that live in the gut will be part of the treatment for IBD,” he added.

In addition to colorectal cancer, long-standing IBD is associated with imbalances in the bacterial species that line the gut, explained co-corresponding author Dr. Sebastian Winter, Assistant Professor of Microbiology and Immunology and a W.W. Caruth, Jr. Scholar in Biomedical Research. The study’s first author is Dr. Wenhan Zhu, a postdoctoral researcher in the Winter laboratory.

“Our intestinal tract is teeming with microbes, many of which are beneficial and contribute to our overall health. Yet, under certain conditions, the normal function of these microbial communities can be disturbed. An overabundance of certain microbes is associated with increased risk for the development of diseases, including certain cancers,” Dr. Winter said.

The strategy used in the study targets metabolic pathways that are only active during intestinal inflammation and only in some forms of bacteria, providing an Achilles’ heel for reducing their abundance. The current study builds on work the researchers published last year in Nature that found the approach prevented or reduced inflammation in a mouse model of colitis, while having no obvious effect on healthy control animals with balanced bacterial populations in their guts.

“For example, most E. coli (Escherichia coli) bacteria are harmless and protect the human gut from other intestinal pathogens such as Salmonella, a common cause of food poisoning. However, a subset of E. coli bacteria produce a toxin that induces DNA damage and can cause colon cancer in research animals. We developed a simple approach – giving a water-soluble tungsten salt to mice genetically predisposed to develop inflammation – to change the way potentially harmful E. coli bacteria generate energy for growth. Restricting the growth of these bacteria decreased intestinal inflammation and reduced the incidence of tumors in two models of colorectal cancer,” Dr. Winter said.

“Tungsten is a heavy metal and should not be used by anyone due to its toxicity,” he added. “As with our 2018 paper, this is a proof-of-concept study that will guide us in developing future drugs with similar activity and less toxicity.”

Precision editing of the gut microbiome is a shift in strategy from current clinical treatments that target reducing inflammation in the patient during IBD flare-ups or using broad-spectrum antibiotics that kill both good and bad bacteria in order to reduce the risk of cancer, the researchers said.

“Here, we present evidence that targeting the gut microbiota can be sufficient to affect tumor formation in a significant and meaningful way,” Dr. Winter said.

The research received support from the National Institutes of Health, The Welch Foundation, the Burroughs Wellcome Fund, the American Cancer Society, and the Crohn’s and Colitis Foundation of America.

Disclosure: Dr. Winter is listed as an inventor on a patent application that describes a tungsten-based approach to prevent inflammation-associated expansion of members of Enterobacteriaceae family of Gram-negative bacteria that includes E. coli.

UT Southwestern, one of the premier academic medical centers in the nation, integrates pioneering biomedical research with exceptional clinical care and education. The institution’s faculty has received six Nobel Prizes, and includes 22 members of the National Academy of Sciences, 17 members of the National Academy of Medicine, and 15 Howard Hughes Medical Institute Investigators. The full-time faculty of more than 2,500 is responsible for groundbreaking medical advances and is committed to translating science-driven research quickly to new clinical treatments. UT Southwestern physicians provide care in about 80 specialties to more than 105,000 hospitalized patients, nearly 370,000 emergency room cases, and oversee approximately 3 million outpatient visits a year.

TGen and ABL plan global rollout of advanced test for TB, one of the most deadly pathogens

Progress in the treatment of aggressive brain tumors