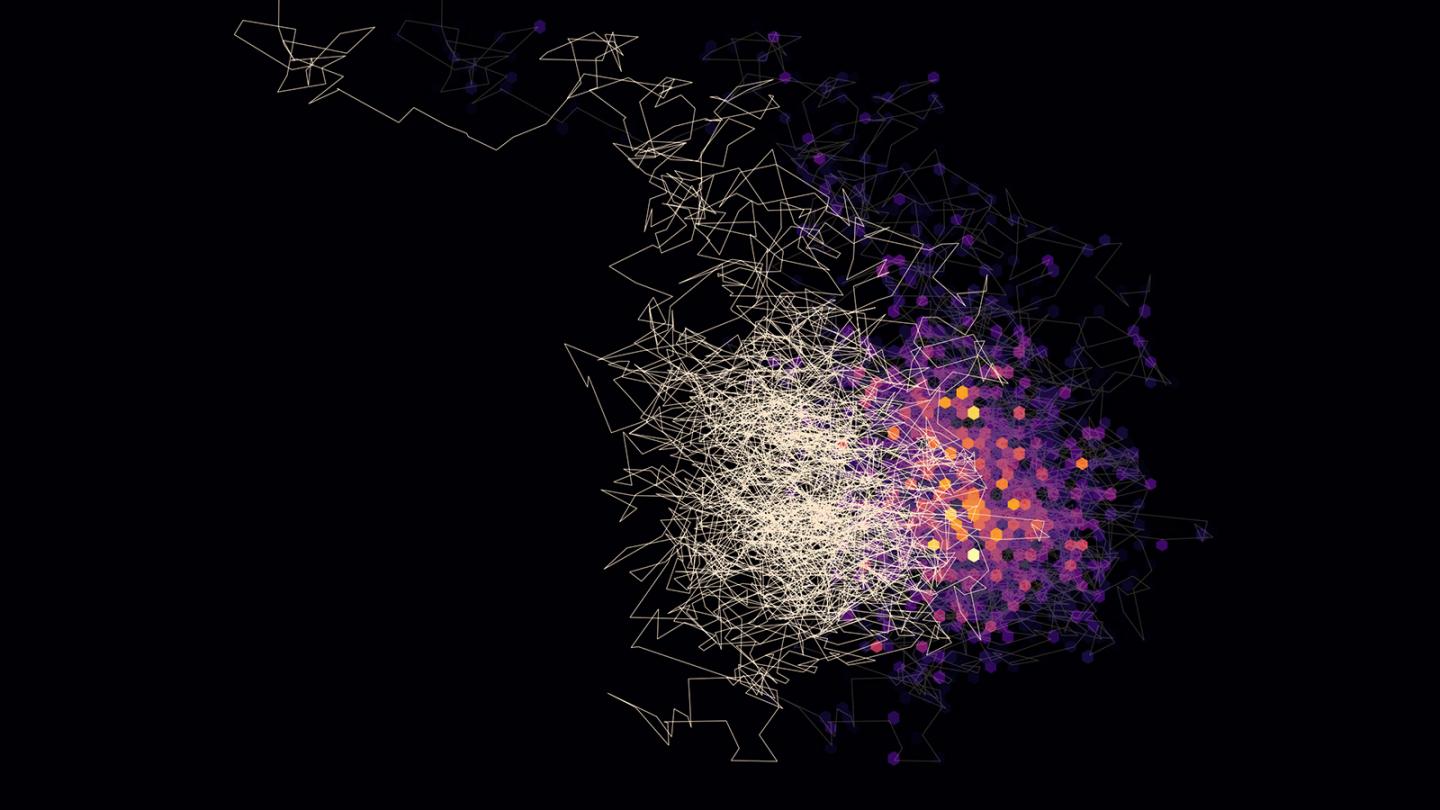 At some point in your life, you’ve probably had somebody — a parent, a teacher, a mentor — tell you that “the more you practice, the better you become.” The expression is often attributed to Thomas Bayes, an 18th century British minister who was interested in winning at games and formalized this simple observation into a now-famous mathematical expression.

“Simply put, Bayesian statistics is a way of starting with our best current understanding and then updating that with new data from experiments or simulations to come up with a better-informed understanding,” said Noah Paulson, a computational materials scientist at the U.S. Department of Energy’s (DOE) Argonne National Laboratory.

The method met with some success over the 300 years since its inception, but it is an idea whose time has finally arrived.

In some fields, like cosmology, researchers have been successfully developing and sharing Bayesian techniques and codes for some time. In others, like materials science, implementation of Bayesian analysis methods is just beginning to pay dividends.

“Simply put, Bayesian statistics is a way of defining something we already understand and then updating that with new data from experiments or simulations to come up with a more accurate understanding.” — Noah Paulson, computational materials scientist, Argonne National Laboratory

Paulson and several Argonne colleagues are applying Bayesian methods to quantify uncertainties in the thermodynamic properties of materials. In other words, they want to determine how much confidence they can place in the data they collect about materials and the mathematical models used to represent those data.

While the statistical techniques are applicable to many fields, the researchers set out to create an optimal model of the thermodynamic properties of hafnium (Hf), a metal emerging as a key component in computer electronics. Results derived from this approach will be published published in the September 2019 issue of the International Journal of Engineering Science.

“We found that we didn’t know all that we could about this material because there were so many datasets and so much conflicting information. So we performed this Bayesian analysis to propose a model that the community can embrace and use in research and application,” said Marius Stan, who leads intelligent materials design in Argonne’s Applied Materials division (AMD) and is a senior fellow at both the University of Chicago’s Consortium for Advanced Science and Engineering and the Northwestern-Argonne Institute for Science and Engineering.

To derive an optimal model of a material’s thermodynamic properties, researchers use some prior knowledge or data related to the subject matter as a starting point.

In this case, the team was looking to define the best models for the enthalpy (the amount of energy in a material) and the specific heat (the heat necessary to increase the temperature of the unit mass of the material by one degree Celsius) of hafnium. Represented as equations and mathematical expressions, the models have different parameters that control them. The goal is to find the optimal parameters.

“We had to start with a guess of what those parameters should be,” said Paulson of AMD‘s Thermal and Structural Materials group. “Looking through the literature we found some ranges and values that made sense, so we used those for our prior distribution.”

One of the parameters the researchers explored is the temperature of a crystal’s highest normal mode of vibration. Referred to as the Einstein or Debye temperature, this parameter affects a material’s specific heat.

The prior — or initial — guess is based on existing models, preliminary data or the intuition of experts in the field. Using calibration data from experiments or simulation, Bayesian statistics update that prior knowledge and determine the posterior — the updated understanding of the model. The Bayesian framework can then determine whether new data are in better or worse agreement with the model being tested.

“Like cosmology, materials science must find the optimal model and parameter values that best explain the data and then determine the uncertainties related to these parameters. There’s not much point in having a best-fit parameter value without an error bar,” said team member Elise Jennings, a computational scientist in statistics with the Argonne Leadership Computing Facility (ALCF), a DOEOffice of Science User Facility, and an associate of the Kavli Institute for Cosmological Physics at the University of Chicago.

And that, she said, is the biggest challenge for materials science: a lack of error bars or uncertainties noted in available datasets. The hafnium research, for example, relied on datasets selected from previously published papers, but error ranges were either absent or excluded.

So, in addition to presenting models for the specific thermodynamic properties of hafnium, the article also explores techniques by which materials science and other fields of study can make allowances for datasets that don’t have uncertainties.

A paper based on the study, “Bayesian strategies for uncertainty quantification of the thermodynamic properties of materials,” is available online  (June 13) and will appear in the September 2019 edition of the International Journal of Engineering Science. Noah Paulson, Elise Jennings and Marius Stan collaborated on the research.

This study is supported through the CHiMaD Program, funded by the National Institute for Standards and Technology (NIST).