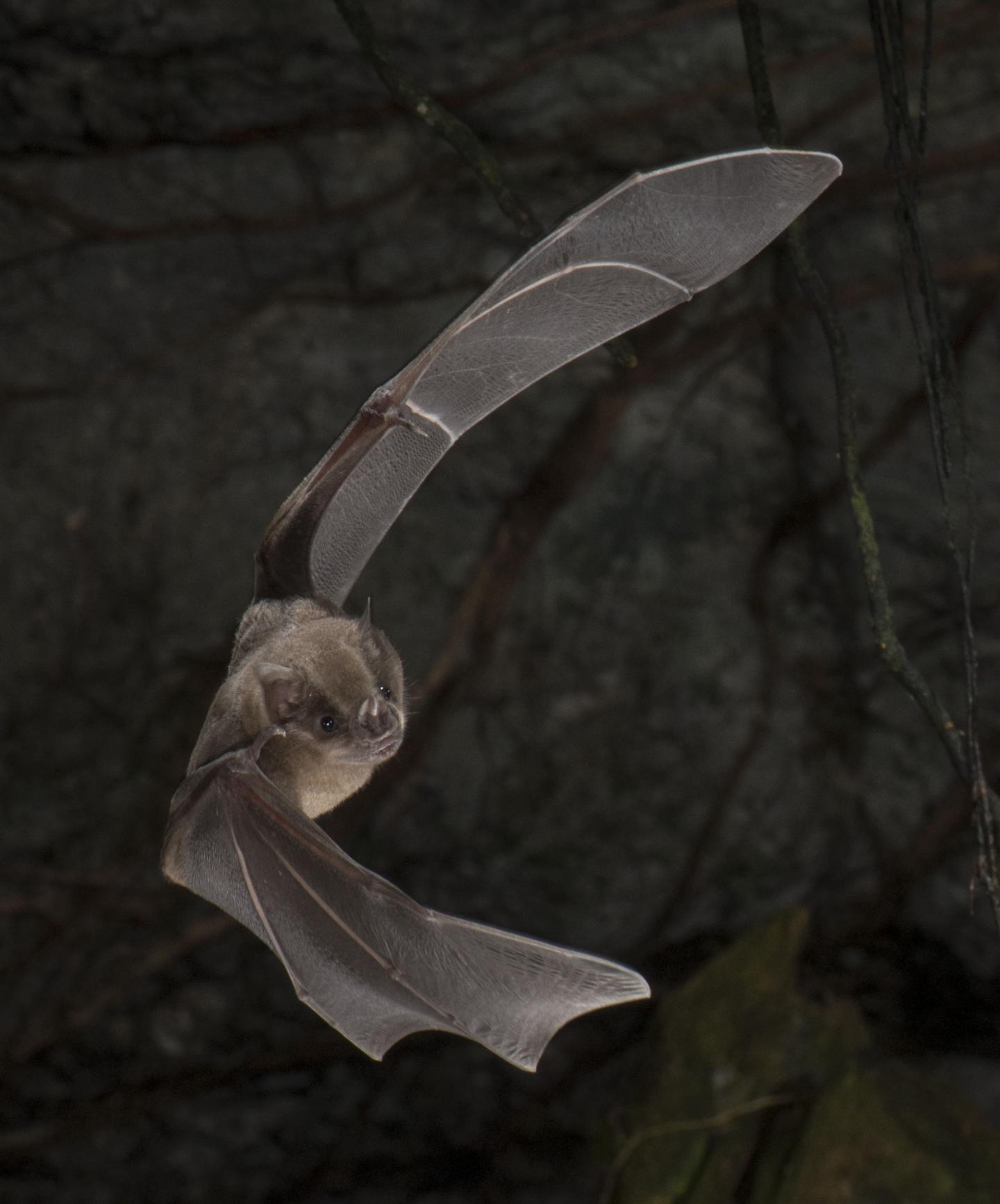 WASHINGTON–Deep in a Jamaican cave is a treasure trove of bat poop, deposited in sequential layers by generations of bats over 4,300 years.

Analogous to records of the past found in layers of lake mud and Antarctic ice, the guano pile is roughly the height of a tall man (2 meters), largely undisturbed, and holds information about changes in climate and how the bats’ food sources shifted over the millennia, according to a new study.

“We study natural archives and reconstruct natural histories, mostly from lake sediments. This is the first time scientists have interpreted past bat diets, to our knowledge,” said Jules Blais, a limnologist at the University of Ottawa and an author of the new study in the Journal of Geophysical Research: Biogeosciences, AGU’s journal for research on the interactions among biological, geological and chemical processes across Earth’s ecosystems.

Blais and his colleagues applied the same techniques used for lake sediments to a guano deposit found in Home Away from Home Cave, Jamaica, extracting a vertical “core” extending from the top of the pile to the oldest deposits at the bottom and taking it to the lab for biochemical analysis.

About 5,000 bats from five species currently use the cave as daytime shelter, according to the researchers.

“Like we see worldwide in lake sediments, the guano deposit was recording history in clear layers. It wasn’t all mixed up,” Blais said. “It’s a huge, continuous deposit, with radiocarbon dates going back 4,300 years in the oldest bottom layers.”

The new study looked at biochemical markers of diet called sterols, a family of sturdy chemicals made by plant and animal cells that are part of the food bats and other animals eat. Cholesterol, for example, is a well-known sterol made by animals. Plants make their own distinctive sterols. These sterol markers pass though the digestive system into excrement and can be preserved for thousands of years.

“As a piece of work showing what you can do with poo, this study breaks new ground,” said Michael Bird, a researcher in environmental change in the tropics at James Cook University in Queensland, Australia, who was not involved in the new study. “They really extended the toolkit that can be used on guano deposits around the world.”

Past climates, past diets

Like sediment and ice core records, the guano core extracted from the Jamaican cave recorded the chemical signatures of human activities like nuclear testing and leaded gasoline combustion, which, along with radiocarbon dating, helped the researchers to correlate the history seen in the guano with other events in Earth’s climate history.

Bats pollinate plants, suppress insects and spread seeds while foraging for food. Shifts in bat diet or species representation in response to climate can have reverberating effects on ecosystems and agricultural systems.

“We inferred from our results that past climate has had an effect on the bats. Given the current changes in climate, we expect to see changes in how bats interact with the environment,” said Lauren Gallant, a researcher at the University of Ottawa and an author of the new study. “That could have consequences for ecosystems.”

The new study compared the relative amounts of plant and animal sterols in the guano core moving back in time though the layers of guano to learn about how bat species as a group shifted their exploitation of different food sources in the past.

The research team, which included bat biologists and a local caving expert, also followed living bats in Belize, tracking their food consumption and elimination to gain a baseline for the kinds of sterols that pass through to the poop when bats dine on different food groups.

Plant sterols spiked compared to animal sterols about 1,000 years ago during the Medieval Warm Period (900-1,300 CE), the new study found, a time when cores of lakebed sediments in Central America suggest the climate in the Americas was unusually dry. A similar spike occurred 3,000 years ago, at a time known as the Minoan Warm Period (1350 BCE).

“Drier conditions tend to be bad for insects,” Blais said. “We surmised that fruit diets were favored during dry periods.”

The study also found changes in the carbon composition of the guano that likely reflect the arrival of sugarcane in Jamaica in the fifteenth century.

“It’s remarkable they can find biochemical markers that still contain information 4,000 years later,” Bird said. “In the tropics, everything breaks down fast.”

The approach demonstrated in the new study could be used to glean ecological information from guano deposits around the world, even those only a few hundred years old, Bird said.

“Quite often there are no lakes around, and the guano provides a good option for information about the past. It also contains biological information that lakes don’t.” Bird said. “There’s a lot more work to do and a lot more caves out there.”

AGU (http://www.agu.org) supports 130,000 enthusiasts to experts worldwide in Earth and space sciences. Through broad and inclusive partnerships, we advance discovery and solution science that accelerate knowledge and create solutions that are ethical, unbiased and respectful of communities and their values. Our programs include serving as a scholarly publisher, convening virtual and in-person events and providing career support. We live our values in everything we do, such as our net zero energy renovated building in Washington, D.C. and our Ethics and Equity Center, which fosters a diverse and inclusive geoscience community to ensure responsible conduct.

Notes for Journalists:
This research study will be free available for 30 days. Download a PDF copy of the paper here. Neither the paper nor this press release is under embargo.

Paper title:
“A 4,300 year history of dietary changes in a bat colony determined from a tropical guano deposit”