Bird species that breed with several sexual partners have fewer harmful mutations, according to a study led by the Milner Centre for Evolution at the University of Bath. The study, published in Evolution, shows for the first time how polygamy increases the efficiency of natural selection in wild populations. 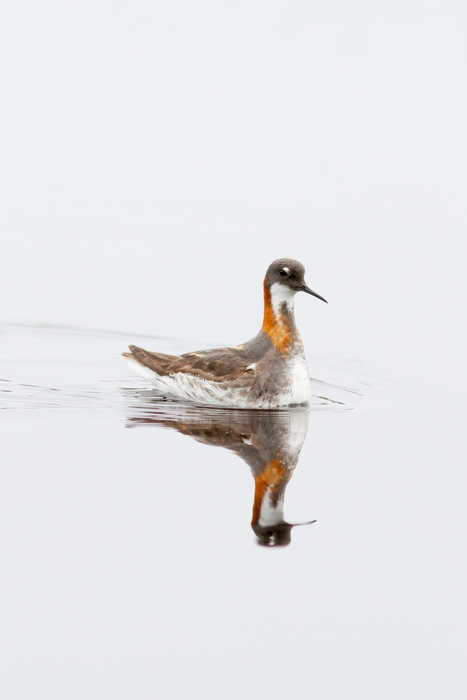 Bird species that breed with several sexual partners have fewer harmful mutations, according to a study led by the Milner Centre for Evolution at the University of Bath. The study, published in Evolution, shows for the first time how polygamy increases the efficiency of natural selection in wild populations.

Most birds pair up with a single mate each season, with some species like swans or geese mating for life.

In contrast, some bird species are polygamous, having several partners per breeding season, however it is unclear why they have evolved a different mating system.

An international team of scientists led by Bath analysed the genomes of 150 bird species, spanning all the major bird families and from locations across the world, including six species that were sequenced for the first time.

By counting differences between the genes inherited from the individual’s mother and father (termed the heterozygosity), they were able to estimate the level of genetic diversity across each species.

They also looked at the frequency of gene mutations in each species and whether they changed the sequence of proteins for which they coded or were “silent”. The former, called non-synonymous polymorphisms, are often detrimental to the individual, whereas silent mutations are generally harmless.

Contrary to their expectations, they found that polygamous species on the whole were no more diverse than monogamous ones, although the small number of species with polygamous females did have higher than expected genetic diversity.

They also found that, relative to the number of silent mutations, the polygamous species had significantly fewer potentially damaging mutations that changed the protein sequence.

Kees Wanders, PhD student in the University of Bath’s Department of Life Sciences is funded by the NERC GW4+ Doctoral Training Partnership and is first author of the paper.

He said: “Species evolve through natural selection, where harmful mutations are removed from the population in the long term because individuals with the mutation don’t survive long enough to breed, or individuals with beneficial adaptations survive for longer.

“However, species also evolve through sexual selection, where evolution is shaped by individuals competing for access to mates, so that only the most desirable characteristics are successfully passed down to offspring.

“We still don’t know exactly why some bird species are polygamous when most pair up for a breeding season or even for life.

“There are many different theories about why polygamy evolved in these species, but we’ve found the first evidence that it increases the efficiency of natural selection by rooting out harmful mutations and avoiding the effects of inbreeding.

“It’s been previously observed by others in the lab in fruit flies, but this is the first time it’s been observed in wild populations of birds.”

Dr Araxi Urrutia, Senior Lecturer at the Milner Centre for Evolution at the University of Bath and last author of the paper, said: “I had a hypothesis that in polygamous species, where individuals can’t easily find a mate and have to travel further to find a breeding partner, that this would mean that there would be more genetic diversity in these species.

“However, we were surprised to find there was no evidence for this – instead we found that these species had fewer harmful mutations.

“Despite this apparent evolutionary advantage, most birds tend to stick together to raise their chicks because it gives their offspring a better chance of survival.”

The data for this study was collected as part of the B10K Project, with scientists from China, Wales, Denmark, Hungary, Germany, Netherlands and Mexico contributing to the research.

Polygamy and purifying selection in birds