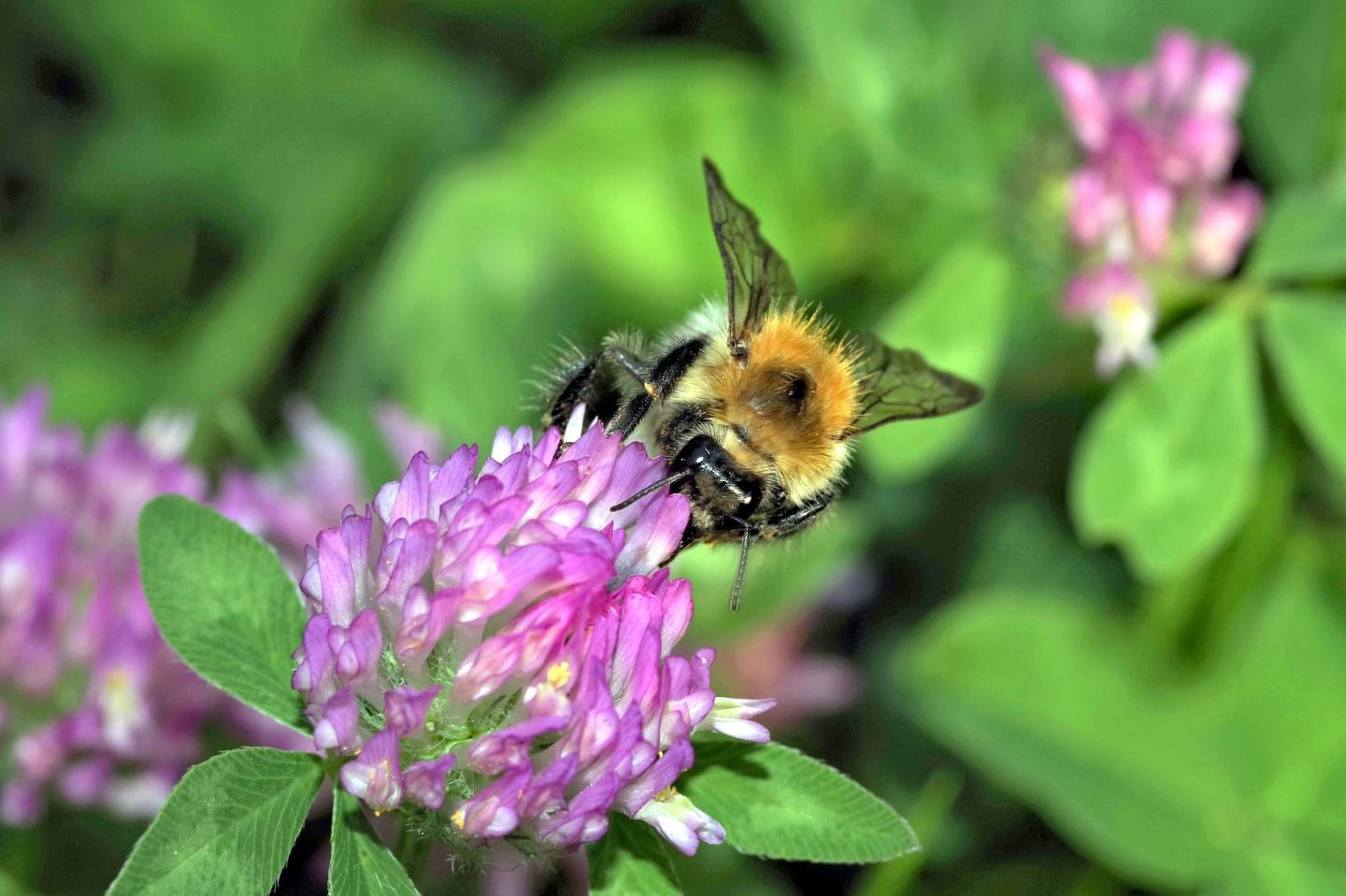 Flowering plants are better pollinated in urban than in rural areas. This has now been demonstrated experimentally by a team of scientists led by the German Centre for Integrative Biodiversity Research (iDiv), the Martin Luther University Halle-Wittenberg (MLU) and the Helmholtz Centre for Environmental Research (UFZ). Although the scientists found a greater diversity of flying insects in the countryside, more bees in cities resulted in more pollinated flowers of test plants. By far the most industrious pollinators were bumble bees, most likely benefitting from the abundant habitats available in the city. To promote pollination, the researchers recommend to take into greater account the needs of bees when landscape planning – both in cities and in the countryside. Their results have been published in the journal Nature Communications.

Cities all over the world are expanding. A number of studies have already shown that the conversion of natural areas into built land affects insects and, while the diversity and abundance of insects often decreases, some insect species or species groups may benefit. However, little is known about the effects of urbanisation on the ecosystem services insects provide, such as plant pollination.

A team of scientists led by the German Centre for Integrative Biodiversity Research (iDiv), the Martin Luther University Halle-Wittenberg (MLU) and the Helmholtz Centre for Environmental Research (UFZ) have now investigated the effect of the urban environment on insect pollinators and pollination. For this purpose, flower-rich, inner city locations such as parks and botanical gardens were compared with similarly flower-rich sites in rural areas surrounding nine large German cities; Berlin, Braunschweig, Chemnitz, Dresden, Göttingen, Halle, Jena, Leipzig and Potsdam. The scientists sampled flying insects using pan-traps and potted red clover plants as reference for pollination in all locations. Furthermore, they also recorded all insect visits to red clover flowers 20 times a day for 15 minutes. The seeds produced were also counted, thus determining the rate of pollination success.

The most successfully pollinated plants were in the cities; here the flowers were visited more often than in the rural areas. Although the researchers found a greater biodiversity and biomass of flying insects in the rural areas – especially flies and butterflies – these did little to pollinate the red clover. This job was done predominantly by bees, which showed higher species richness and flower visitation rates in cities. Indeed, three out of four of the recorded flower-visitors were bumble bees. At a frequency of 8.7 percent, the honey bee was the second most important pollinator.

The researchers believe the great diversity and numbers of bees in cities is due to the availability of suitable habitats available for wild bees and bumblebees. Good nesting opportunities are found in exposed soils, dead wood and wall cavities, and the large variety of flowering plants in parks and gardens ensures a reliable food supply. Also, bees probably cope better with the challenge of highly dynamic city life than other groups of insects. “Urban people are constantly changing their environment. Finding your way around is a challenge that bees are particularly well-equipped to deal with due to their highly developed orientation and learning skills,” says the head of the study, Prof Robert Paxton, scientist from Martin Luther University Halle-Wittenberg (MLU) and the German Centre for Integrative Biodiversity Research (iDiv). “Flies and butterflies obviously find this more difficult.”

Invariably, almost all the insect species assessed benefit from diverse habitat structures which reliably provide food, nesting sites and orientation. In agricultural land these are flower strips, grassland, forest and hedges, and in inner city locations, gardens, wastelands and parks. These are often missing in an extensively cleared agricultural landscape. “I was really shocked at how consistently poor the pollination performance in agricultural land was,” says Paxton. “Other studies have shown that wild bees and bumble bees are particularly susceptible to pesticides. This could also help explain why their diversity is greater in the city, where pesticides play a lesser role.”

The figures show just how important pollination is, both for ecosystems and humankind. An estimated 90 percent of all flowering plant species rely on pollination by animals; insect pollinators are essential for maintaining plant diversity. But the food we eat also depends on pollination; the value of pollinators’ services to global agriculture in 2015 was calculated at between $235 and $557 billion.

Flowering plants and their pollinators also play an important role in cities. “What would our urban green spaces be without flowers?” says lead author Dr Panagiotis Theodorou, scientist from the German Centre for Integrative Biodiversity Research (iDiv), Martin Luther University Halle-Wittenberg (MLU) and the Helmholtz Centre for Environmental Research (UFZ). “The number of urban vegetable gardens and orchards is also growing, but without pollinators, no fruit will ripen there.”

In the medium term, however, cities could also help to maintain rural pollination. “If agricultural land degrades further, cities could serve as a source of pollinators for the farmland surrounding them,” says Theodorou. The researchers therefore recommend that cities should be made more attractive to pollinators, and that the needs of the hardworking bumble bee should be especially taken into account when planning green spaces. But of course, more flower-rich areas and suitable nesting sites also need to be created in the countryside and linked to city habitats so as to boost pollination in commercial orchards.

The study was carried out by first author Panagiotis Theodorou as part of his doctoral thesis at the yDiv graduate school. It was funded by the German Centre for Integrative Biodiversity Research (iDiv).

Earlier press release on the subject:
Study: bees are more productive in the city than in surrounding regions (22.06.2016):
https://www.idiv.de/en/news/media_releases/media_release_single_view/469.html

Siri, help me quit — what does your smart device say when you ask for help with addiction?

When it comes to robots, reliability may matter more than reasoning

The Council will help disabled students with studying at a university