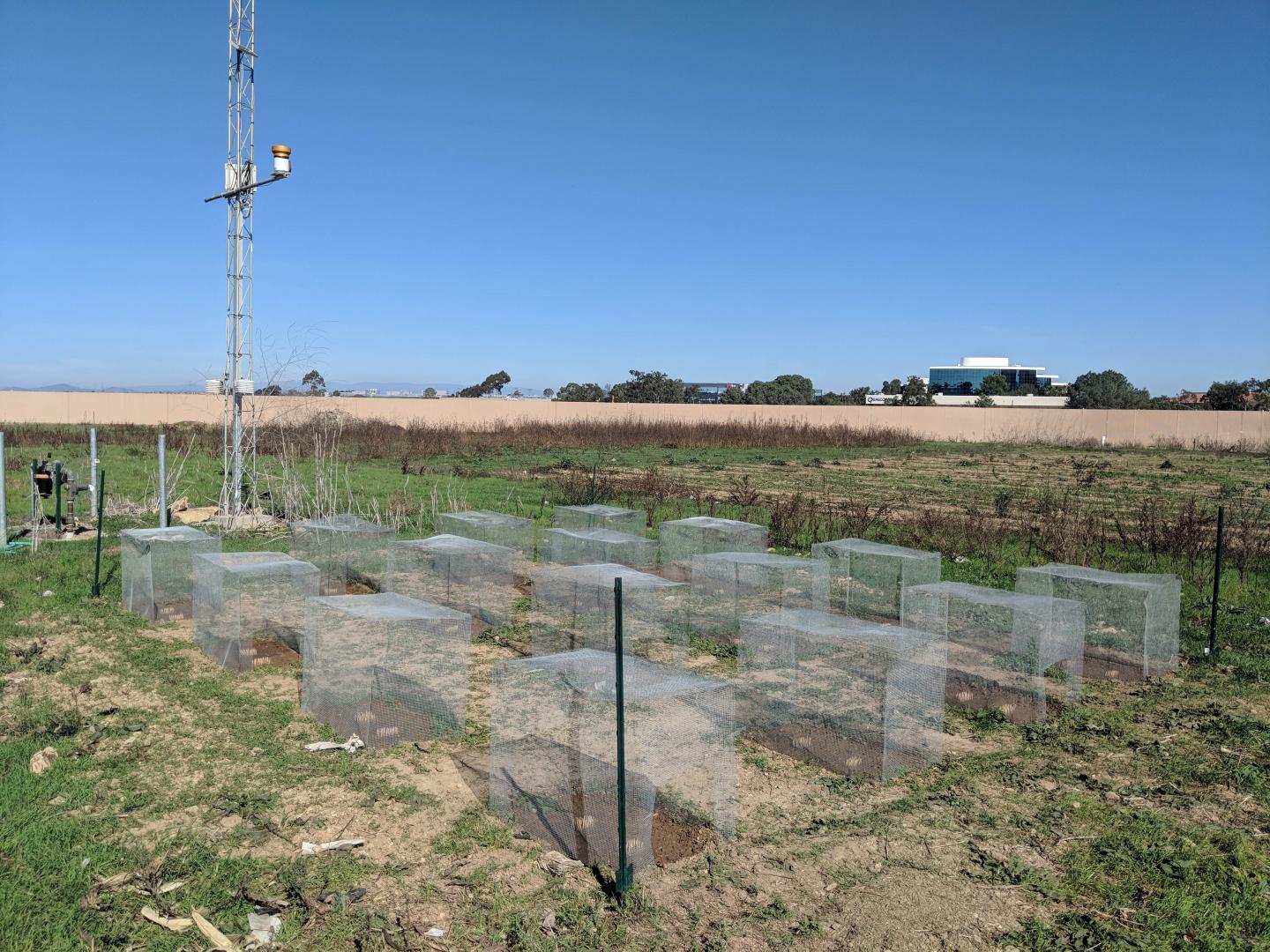 For young plants, timing is just about everything. Now, scientists have found that herbivores, animals that consume plants, have a lot to say about evolution at this vulnerable life stage.

Once a plant seedling breaches the soil surface and begins to grow, a broad range of factors will determine whether it thrives or perishes.

Scientists have long perceived that natural selection favors early rising seeds. Seedlings that emerge early in the growing season should have a competitive advantage in monopolizing precious soil resources. Early growth also should mean more access to light, since early growers can block sunlight for seedlings that emerge later in the season.

Despite plenty of proof that germinating early is highly advantageous, many plants germinate later. Why?

University of California San Diego researchers found in a recent study that herbivores have a lot to say in determining how germination time contributes to plant growth.

“Germination timing is a really important trait that influences the fitness of plants and their ability to survive and reproduce,” said Waterton, who received his PhD in Biological Sciences and is now at Indiana University. “Until this study we didn’t understand the role herbivores played in the evolution of this trait–we had very little idea of what shaped this trait besides aspects of the abiotic environment, such as climate.”

In field studies using two California grass species, Waterton and Cleland found that early emerging seedlings were more impacted by vertebrate herbivores compared to those that emerged later, likely because they were the first and biggest bits of greenery available on the landscape at the start of the growing season when not much else was growing. They found that such early season consumption by herbivores shrinks the benefit of early seedling emergence.

With climate change forces shifting the timing of many plant life stages earlier in the year, the new study shows that herbivores are likely working as a counteracting force.

“Plants that germinate earlier than their neighbors tend to win out. But our study shows that herbivory early in the growing season can counteract the advantage of early germination,” said Cleland, a professor in the Ecology, Behavior and Evolution Section. “This is important because in order to persist and keep pace with climate change, many species will need to shift their seasonal timing. Our study shows that we can’t accurately estimate the strength of natural selection on key traits if we don’t account for realistic forces acting in nature, such as herbivory on plants.”

The study was funded by a graduate student researcher fellowship from the University of California’s Institute for the Study of Ecological Effects of Climate Impacts (ISEECI) and a Jeanne M. Messier Memorial Fellowship.