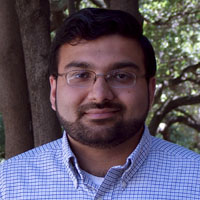 After a competition involving more than 400 campus research groups, the physics lab of Irfan Siddiqi took home the first-ever UC Berkeley Award for Excellence in Laboratory Safety, given by the Office of Environment, Health and Safety.

Seven other campus labs in four categories were named runners up: The labs of John Hartwig and Kristie Boering (both chemistry) in chemical sciences, of Robert Rhew (geography) and Han Lim (integrative biology) in field sciences, of John Kuriyan and Kathleen Collins (both molecular and cell biology) in life sciences and of Frances Hellman (physics) in physical sciences.

The Quantum Nanoelectronics Laboratory was recognized as the grand prize winner for its commitment to safety, as established by Siddiqi, and its approach to creating safe procedures and proactive inventories of nanoscale materials.

For the new contest, judges weighed the variety of hazards that each lab deals with, EH&S inspection findings and the safety leadership demonstrated by the principal investigator.

Read more here about the new EH&S award and the grand prize winner; see photos here of the eight top labs in the competition.