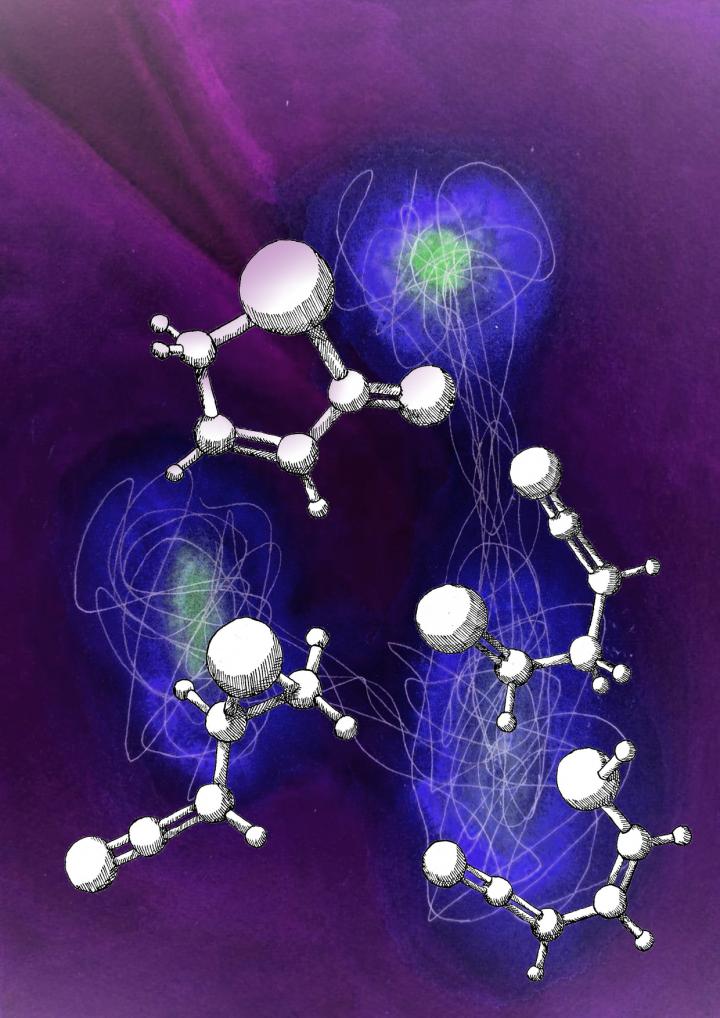 “Think of this as stop-motion like a cartoon,” said Daniel Rolles, associate professor of physics and the study’s principal investigator. “For each molecule, you start the reaction with a laser pulse, take snapshots of what it looks like as time passes and then put them together. This creates a ‘molecular movie’ that shows how the electronic structure of the molecule changes as a function of how much time passes between when we start and when we stop.”

Shashank Pathak, doctoral student and lead author on the paper, said the idea was to study the dynamics of how a ring opens in a molecule on the time scale of femtosecond, which is one quadrillionth of a second. The researchers use a free-electron laser to visualize how these reactions happen by recording electron energy spectra as the atoms in the molecule move apart.

“The ring opening reaction is observed in nature quite a bit,” Pathak said. “One example is the formation of vitamin D3 in our skin. When sunlight shines on our skin, we have big compounds that have these small ring structures that help with the absorption of UV light. The ring opens to form the precursor to vitamin D3 formation.”

Making vitamin D involves various biological functions and this ring opening is just one small — very small — part of the process, Pathak said. This research was able to record the changes in the molecule in order to understand the speed of the process, how it happens and compare the process to previously accepted theory.

“Understanding the process has implications for making similar processes that can be used in technology more efficient, and for developing general rules that can be applied to similar reactions,” said Rolles, who received a National Science Foundation Faculty Early CAREER award in 2018 that funded this research.

According to Rolles, this research would not have been possible without international collaboration. In addition to Rolles and Pathak, who are part of the J.R. Macdonald Laboratory in the K-State physics department, a team of researchers from Durham University and the University of Bristol, both in the United Kingdom, provided key quantum chemistry calculations for the study. Other collaborators included researchers at SLAC National Accelerator Laboratory at Stanford University in California; Daresbury Laboratory, University College London and the University of Oxford in the U.K.; European XFEL, Deutsches Elektronen-Synchrotron and Max-Born-Institut in Germany; Elettra — Sincrotrone Trieste and Istituto Nazionale di Fisica Nucleare in Italy; University of Gothenburg in Sweden; and the University of New South Wales and Swinburne University of Technology in Australia.