Physicists at the Ural Federal University (UrFU) have identified a new law that accounts for the anomalous behavior of melts. Using a mathematical model, scientists have explained these deviations, whose causes were previously unclear. This, in turn, will help create a new generation of materials, melts with given properties. Description of the model published in Scientific Reports. 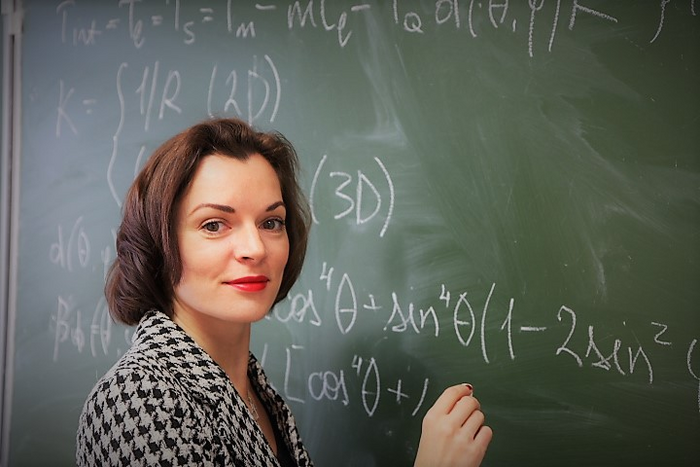 Physicists at the Ural Federal University (UrFU) have identified a new law that accounts for the anomalous behavior of melts. Using a mathematical model, scientists have explained these deviations, whose causes were previously unclear. This, in turn, will help create a new generation of materials, melts with given properties. Description of the model published in Scientific Reports.

“”It used to be assumed that the rate of solidification of melts increased with increasing temperature. However, this is not always true. In some cases, for example due to impurities or alloy features, abnormal behavior can be observed,” says Lyubov Toropova, a senior researcher at the Laboratory of Mathematical Modeling of Physical and Chemical Processes at UrFU. “We have succeeded in explaining this phenomenon. We came to the conclusion that it is necessary to take into account the nucleation of crystals inside the two-phase zone, which reduces the supercooling of the melt, makes this layer narrower, and slows down the speed of the crystallization front. We have deduced a law that takes into account such anomalous behavior.”

As physicists have found out, this anomalous behavior is explained by nucleation: the rate of solidification drops when crystals are nucleated and begins to grow in cases where crystals have nucleated and continue to grow.

The new model was tested on aluminum-nickel alloy. A series of experiments were conducted by German colleagues in the laboratory using an electromagnetic levitator and on board an aerospace station at the Cologne Science Center. The data confirmed the theoretical calculations.

“Our model takes into account the movement of the interface between the solid and liquid phases, taking into account the nucleation and growth of crystals. No one has done this before. The calculations are universal and will be useful for specialists in the aerospace industry, for obtaining materials with specified properties, for predicting the properties of alloys, for forming new high-strength structures applicable in new generations of materials,” explains Dmitry Alexandrov, a leading researcher at UrFU Laboratory of Multi-Scale Mathematical Modeling.

Physicists at the Ural Federal University have developed a theory of the motion of the solid-liquid phase boundary in supercooled melt in the presence of nucleation and crystal growth. They analytically solved a system of integrodifferential equations of kinetics, heat and mass transfer in the two-phase and liquid layers separated by a movable phase transition boundary. For this purpose, they used the saddle point method to calculate the Laplace-type integral and the small parameter method to find the law of motion of the interface. As a result, they found that the processes of nucleation and crystal growth are responsible for the release of latent heat of crystallization, which reduces the supercooling of the melt and narrows the thickness of the two-phase layer.

The dynamics of spreading of crystallization fronts has attracted the attention of researchers around the world for more than 130 years, beginning with Stefan’s works on freezing of water with a flat front. Today his name is borne by problems with a moving boundary separating different phases of the aggregate state of matter. A variety of nonlinear dynamics of interfacial boundaries is of interest in applied mathematics, geophysics, materials science, nonlinear physics and heat and mass transfer.