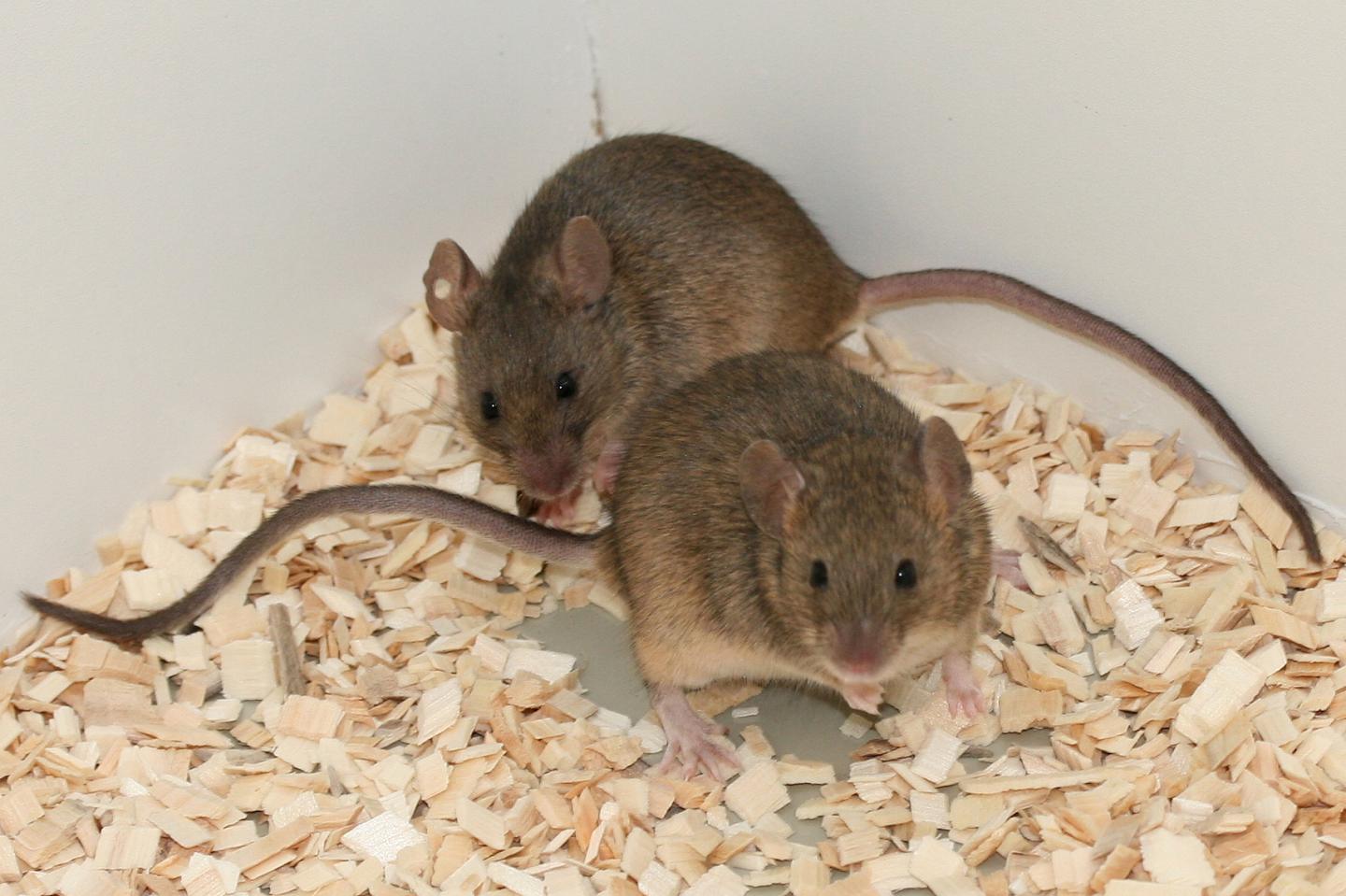 Male house mice produce several pheromones, which are volatile and non-volatile chemical signals that have potent effects on the reproductive physiology and behavior of females. A recent study conducted by researchers from Vetmeduni Vienna now shows that female house mice are attracted to the scent of dominant males, and that these males produce higher levels of certain pheromones compared to subordinates.

The scent of male dominance is sexy

It has long been known that male house mice mark their territories with urine, which contains a variety of pheromones. The research team led by Dustin Penn from Vetmeduni Vienna now discovered that male mice more than double the excretion of major urinary proteins (MUPs) after they acquire a territory and become socially dominant. MUPs bind and stabilize the release of volatile pheromones, and some MUPs exhibit pheromonal properties themselves. As Penn explains: “We also conducted olfactory tests and found that sexually receptive female mice were more attracted by the scent of dominant than subordinate males, whereas non-receptive females did not show this olfactory preference.”

The chemical basis of dominance

The researchers conducted additional analyses to determine which compounds influence female attraction. They found that dominant males differentially upregulated the excretion of particular MUPs, including the pheromone MUP20 (darcin), and a volatile pheromone that influences female reproductive physiology and behaviour. “Our findings show that once male house mice become territorial and socially dominant, they upregulate the amount and types of excreted MUPs, which increases the intensities of volatiles and the attractiveness of their urinary scent to sexually receptive females,” says Penn.

The present study is the first to demonstrate that dominant, territorial males upregulate their pheromone production. “This finding is a fascinating example of how changes in social behaviour can affect gene expression. The present results are of enormous interest for behavioural biologists, especially with regard to chemosensory communication,” says Penn.

What MUPs are and what they do

Male house mice, like many animals, produce volatile pheromones that influence the reproductive physiology and behaviour of females. These pheromones are transported to the urine by so-called major urinary proteins (MUPs) encoded by 21 MUP genes. MUP genes are produced mainly in the liver and excreted in urine. The researchers were not surprised that male mice produce such a great amount of protein in their urine, and much more than females. MUPs transport not only pheromones in the urine, they also stabilize their release from scent marks. Without this mechanism, the pheromones in scent-marks would quickly disappear. One of the functions of the MUPs is to attract females – especially MUP20, also known as darcin, named after Mr. Darcy in Jane Austen’s romantic novel Pride and Prejudice. As female mice prefer to mate with socially dominant males, the research team assumed that males regulate the amount of MUPs that they produce in order to advertise their social status and attract females. The present study confirms this hypothesis. Humans actually do not excrete MUPs, as the only MUP gene in the human genome is ‘dead’, i.e., it is a non-functional pseudogene.

Why are females attracted to the scent of dominant males?

Future studies are now needed to examine the exact mechanisms through which dominant male mice regulate these pheromones and how they influence mating success. Since social status of male house mice is influenced by phenotypic and genetic quality (e.g., inbreeding), these findings suggest that MUP excretion may provide a reliable indicator of the quality of potential mates.

About the University of Veterinary Medicine, Vienna

The University of Veterinary Medicine, Vienna in Austria is one of the leading academic and research institutions in the field of Veterinary Sciences in Europe. About 1,300 employees and 2,300 students work on the campus in the north of Vienna which also houses five university clinics and various research sites. Outside of Vienna the university operates Teaching and Research Farms. The Vetmeduni Vienna plays in the global top league: in 2018, it occupies the excellent place 6 in the world-wide Shanghai University veterinary in the subject “Veterinary Science”. http://www.vetmeduni.ac.at

The ABS of molecular engines