Eating pheasant killed using lead shot is likely to expose consumers to raised levels of lead in their diet, even if the meat is carefully prepared to remove the shotgun pellets and the most damaged tissue. 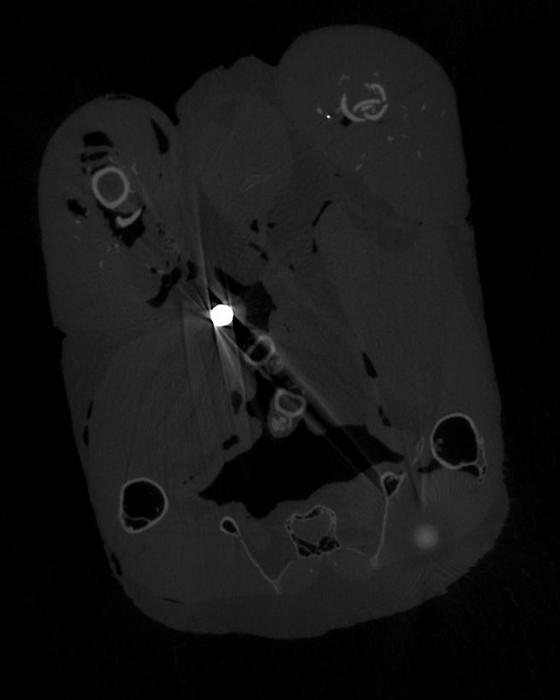 Eating pheasant killed using lead shot is likely to expose consumers to raised levels of lead in their diet, even if the meat is carefully prepared to remove the shotgun pellets and the most damaged tissue.

A study has found that pheasants killed by lead shot contain many fragments of lead too small to detect by eye or touch, and too distant from the shot to be removed without throwing away a large proportion of otherwise useable meat.

Researchers examined the carcasses of eight wild-shot common pheasants, killed on a farmland shoot using lead shotgun ammunition and on sale in a UK butcher’s shop. They found small lead fragments embedded in every pheasant, in addition to lead shotgun pellets in seven of them.

The researchers found up to 10mg of tiny lead shards per pheasant, all of which were much too small to be detected by eye or by touch.

Lead is toxic to humans when absorbed by the body – there is no known safe level of exposure. Lead accumulates in the body over time and can cause long-term harm, including increased risk of cardiovascular disease and kidney damage in adults. It is known to lower IQ in young children, and affect the neurological development of unborn babies.

“While lead gunshot continues to be used for hunting, people who eat pheasants and other similar gamebirds are very likely to be also consuming a lot of tiny lead fragments,” said Professor Rhys Green in the University of Cambridge’s Department of Zoology, and first author of the study.

An earlier study in rats showed that when consumed, more lead is absorbed into the body from smaller fragments than from larger ones.

“It seems to have been widely assumed in the past that a lead shot embedded in a pheasant carcass remained intact, and could be removed cleanly before the pheasant was eaten – removing any health risk. Our study has shown the extent to which this is really not the case,” said Green.

He added: “By eating pheasant, people are also unwittingly eating lead, which is toxic.”

“One pheasant is a reasonable meal for two or three people. Consuming this much lead occasionally wouldn’t be a great cause for concern – but we know that there are thousands of people in the UK who eat game meat, often pheasant, every week.”

Around 11,000 tonnes of meat from wild-shot gamebirds, mostly pheasant, are eaten in the UK every year. Virtually all pheasants shot in the UK for human consumption are killed using lead shot.

The researchers used a high-resolution CT (computerised tomography) scanner to locate the lead fragments in the pheasant meat in three dimensions, and measure their size and weight. The meat was then dissolved, allowing the larger fragments to be extracted and analysed further to confirm they were lead.

An average of 3.5 lead pellets and 39 lead fragments of less than 1mm wide were detected per pheasant. The smallest fragments were 0.07mm wide – at the limit of resolution for the CT scanner for specimens of this size – and the researchers say it is likely that even smaller fragments were also present.

The lead pieces were widely distributed within the birds’ tissues and some of the small fragments were over 50mm from the nearest lead shot pellet.

The results are published today in the journal PLOS ONE.

“It’s rare for people eating game meat to accidentally eat a whole lead shot, because they’re cautious about damaging their teeth and know to check for lead shotgun pellets in the meat. But the lead fragments we found in pheasant carcasses were so tiny and widely distributed that it’s very unlikely they would be detected and removed,” said Green.

There are no UK or EU regulations about the maximum allowable levels of lead in human food from wild-shot game animals. This is in contrast with strict maximum levels for lead in many other foods including meat from cattle, sheep, pigs and poultry, and shellfish harvested from the wild.

Steel shotgun pellets are a practical alternative to lead, and their use in place of lead for hunting is recommended by UK shooting organisations. But there is very little evidence of a voluntary switch away from lead being made. The UK Health & Safety Executive is currently preparing a case for banning the use of lead ammunition for hunting in the UK, and the European Chemicals Agency is doing the same for Europe.

Other game including partridge, grouse and rabbit is also mainly shot using lead shotgun pellets, and wild deer are shot using lead bullets. Hunters often remove the guts of deer carcasses to make them lighter to carry, and the discarded guts – which often contain many bullet fragments – are eaten by wildlife, which then also suffer the harmful effects of consuming lead.