Personality-based approach may be key to partnering with robots 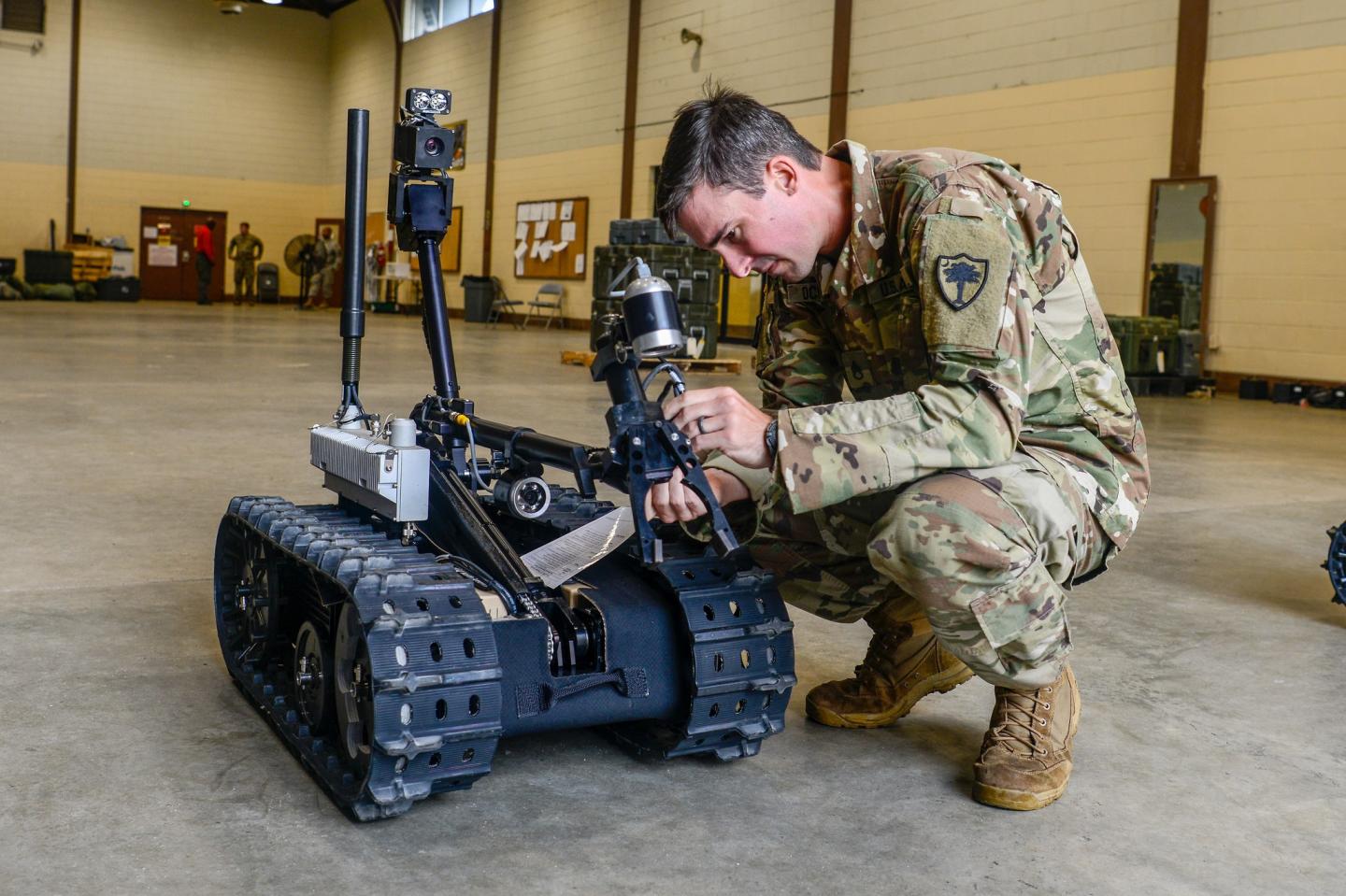 ABERDEEN PROVING GROUND, Md. — Human facial expressions could be one of the keys in building trust between Soldiers and autonomous agents.

“We wanted to characterize and quantify factors that impact the emotional experience that humans have with trust in automated driving,” said Dr. Catherine Neubauer, a researcher at the U.S. Army Combat Capabilities Development Command’s Army Research Laboratory. “With this information, we want to develop a robust way to predict decision errors in automation use to eventually enable active, online mitigation strategies and effective calibration techniques when humans and agents are teaming in real-time.”

In typical studies, researchers define groups of people, and either specify and examine variables within those groups or apply variables as measures that tend to represent entire population samples by simple group tendencies. In these traditional constructs, researchers treat sample variability within the experimenter-specified groups as noise.

“We believe this approach extends the state-of-the-art by explicitly evaluating facial expressions as a way to quantify and calibrate affect-based trust in response to automation level capability and reliability,” Neubauer said. “It could also provide a method to understand the continuous variations in trust during a human-agent interaction, as opposed to the standard approach of participants self-reporting changes in trust after an interaction has occurred.”

This approach could provide more information than traditional designs, as it can give insight into how manipulations in experiments affect different subgroups of participants.

“It is often stated that for appropriate trust to be developed and effectively calibrated, an individual’s expectations must match the system’s actual behaviors,” Neubauer said. “This research shows that calibration metrics will vary across people; certain groups may be more prone to over-trust automation, while others may mistrust the automation from the start. From a research and development perspective, this approach provides a way to tailor human automation interaction modalities to individuals without needing to define and validate specific models for each person.”

The research team published their findings, Analysis of Facial Expressions: Explaining Affective State and Trust-Based Decisions during Interaction with Automation, and provided the following recommendations for researchers when identifying and assessing specific interventions to calibrate trust in human-autonomy teams:

2) Researchers can use multivariate methodologies focused on subgroups to identify clusters of individuals, which may inform expectations of varying responses and therefore directly influence selection of intervention strategies

3) Though often neglected in this literature base, researchers can use estimates of emotional expression (i.e., using facial recognition) for additional insights to improve trust calibration strategies

“Results showed that the group of individuals who were prone to over-trust also expressed strong outward changes in facial expression and were more likely to need interventions that directed their expectations and encouraged appropriate take-overs,” Neubauer said. “Whereas a group with an inherent bias against automation had limited facial expression and may even be more negatively influenced by a similar type of intervention. Online mitigation strategies are unlikely to be robustly effective without accounting for this kind of inter-individual variability using these kinds of methods.”

Researchers at the lab will use these methods in future human-autonomy teaming studies to improve prediction of Soldier responses to automation, specifically using modalities such as facial expression analysis to help cue the critical moments in which trust-based interventions are needed. They will also study how group-based interventions can improve trust and team cohesion within human-agent team contexts, e.g., when Soldiers must jointly perform high-consequence tasks with automated agents, such as the Next Generation Combat Vehicle.

CCDC Army Research Laboratory is an element of the U.S. Army Combat Capabilities Development Command. As the Army’s corporate research laboratory, ARL discovers, innovates and transitions science and technology to ensure dominant strategic land power. Through collaboration across the command’s core technical competencies, CCDC leads in the discovery, development and delivery of the technology-based capabilities required to make Soldiers more lethal to win the nation’s wars and come home safely. CCDC is a major subordinate command of the U.S. Army Futures Command.