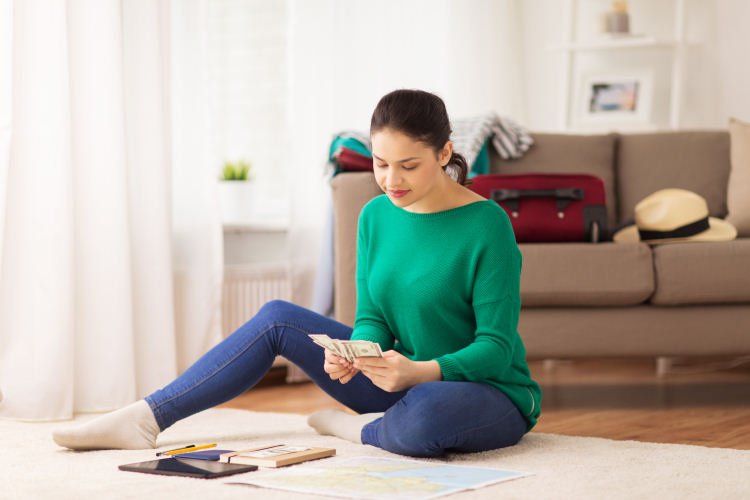 The British have a pithy way of describing people who dither over spending 20 cents more for premium ice cream but happily drop an extra $5,000 for a fancier house: penny wise and pound foolish. Now, a new study suggests that being penny wise and pound foolish is not so much a failure of judgment as it is a function of how our brains tally the value of objects that vary widely in worth.

Researchers at Washington University School of Medicine in St. Louis have found that when monkeys are faced with a choice between two options, the firing of neurons activated in the brain adjusts to reflect the enormity of the decision. Such an approach would explain why the same person can see 20 cents as a lot one moment and $5,000 as a little the next, the researchers said.

“Everybody recognizes this behavior, because everybody does it,” said senior author Camillo Padoa-Schioppa, PhD, an associate professor of neuroscience, of economics and of biomedical engineering. “This paper explains where those judgments originate. The same neural circuit underlies decisions that range from a few dollars to hundreds of thousands of dollars. We found that a system that adapts to the range of values ensures maximal payoff.”

The study is available online in Nature Communications.

While you are contemplating whether to order a scoop of vanilla or strawberry ice cream, a part of your brain just above the eyes is very busy. Brain scans have shown that blood flow to a brain area known as the orbitofrontal cortex increases as people weigh their options.

Neurons in this part of the brain also become active when a monkey is faced with a choice. As the animal tries to decide between a sip of, say, apple juice or grape juice, two sets of neurons in its orbitofrontal cortex fire off electrical pulses. One set reflects how much the monkey wants apple juice; the other set corresponds to the animal’s interest in grape juice. The faster the neurons fire, the more highly the monkey values that option.

A similar process likely occurs as people make decisions, the researchers said. But what happens to firing rates when a person stops thinking about ice cream and starts thinking about houses? A house might be hundreds of thousands of times more valuable than a cup of ice cream, but neurons cannot fire pulses 100,000 times faster. The speed at which they can fire maxes out at about 500 spikes per second.

“As we adapt to large values, we lose some ability to consider smaller values,” Padoa-Schioppa said. “This is why salesmen try so hard to sell you upgrades when you’re buying a car. Spending $100 to add on a radio seems like no big deal if you’re already spending $20,000 on a car. But if you already have a car and you are thinking of spending $100 for a radio, suddenly it seems like a lot. They know that people don’t come back and buy the radio later.”

While having adaptable neurons allows us effectively to shop for items ranging in value from groceries to cars to houses, it does introduce a theoretical quirk: It should be possible to change someone’s preferences simply by adjusting the range of each option. For example, by offering a large range of apple juice and a small range of grape juice, the researchers could make a drop of apple juice look less valuable than a drop of grape juice, convincing an apple-loving monkey to select grape juice instead.

When they changed the ranges of the juices, however, the researchers found that the monkeys did not fall for it. Apple-loving monkeys continued to choose apple juice.

It’s a system optimized for making the best possible choice – the one that reflects true preferences over a vast range of values, even though some detail gets lost at the higher end.

“It was a puzzle: How does the brain handle this enormous variability?” said Padoa-Schioppa. “We showed that a circuit that has adaptation and corrects for it ensures maximal payoff. And these findings have implications for understanding why people make the choices they do. There’s a good neurological reason for behavior that might seem illogical.”