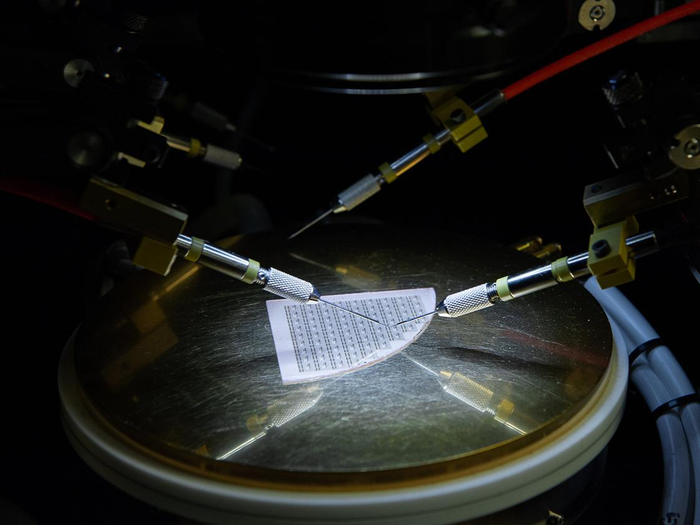 “Most of today’s electronics are based on silicon,” said Rongming Chu, Thomas and Sheila Roell Early Career Associate Professor of Electrical Engineering, who will spearhead the project. “Wide bandgap semiconductors, such as gallium nitride, have shown advantages over silicon in radio frequency and power electronics. They are also inherently more resistant to radiation due to stronger atomic bonds.”

This resistance to radiation, called radiation hardness, protects against damage caused by radiation from high-energy rays and particles. This property, Chu said, makes wide bandgap semiconductors promising candidates for building electronics used in environments with significant radiation, such as outer space. However, researchers have yet to reach the full potential of radiation hardness in wide bandgap semiconductor electronics.

“Preliminary studies have indicated that the radiation resistance appears to be limited by defects in the semiconductors, rather than by the material’s intrinsic properties,” Chu said. “In this project, we seek to understand the radiation effects of these defects so that we may develop a strategy to redesign the wide bandgap semiconductor device for the ultimate radiation hardness.”

Defects in the materials and structures of electronics can range from minor to dire, resulting in device degradation and failure. Examples of defects include unwanted impurities, displacement of atoms from their original sites and dangling atomic bonds at the interface between dissimilar materials.

“There is a risk of these defects becoming electrically active under a high electric field, with energetic electrons, causing detrimental effects to device performance,” Chu said. “Today’s wide bandgap semiconductor electronic devices are designed such that this risk is minimized under normal operating conditions. However, radiation can force the device out of its normal operating condition by exciting additional energetic electrons interacting with the pre-existing defects. It can also knock atoms out of their original positions, modifying pre-existing defects and generating new defects.”

To better understand how radiation causes defect generation and evolution, how these defects affect device operation and how to redesign future wide bandgap devices for the optimum radiation hardness, Chu said an interdisciplinary team is critical. Collaborators include Patrick M. Lenahan, distinguished professor of engineering science and mechanics; Miaomiao Jin, assistant professor of nuclear engineering; and Blair R. Tuttle, associate professor of physics, all from Penn State; and Tania Roy, University of Central Florida; B. Reeja Jayan, Carnegie Mellon University, and Michael E. Flatté, University of Iowa. Chu noted that, at Penn State, the team will leverage the tools and experts affiliated with the Radiation Science and Engineering Center and the Nanofabrication and Materials Characterization User Facilities at the Materials Research Institute.

The grant will support 16 graduate students, including 11 at Penn State, to perform multidisciplinary research encompassing physics, computation, materials science and engineering and electrical engineering as they pursue a variety of master’s degrees and doctorates.

“Not only will the research prepare next-generation technologists to take on technical challenges, but, through our collaborative work with national laboratories and industry stakeholders, the students will also learn the professional skills needed bridge fundamental research to real-world applications,” Chu said.