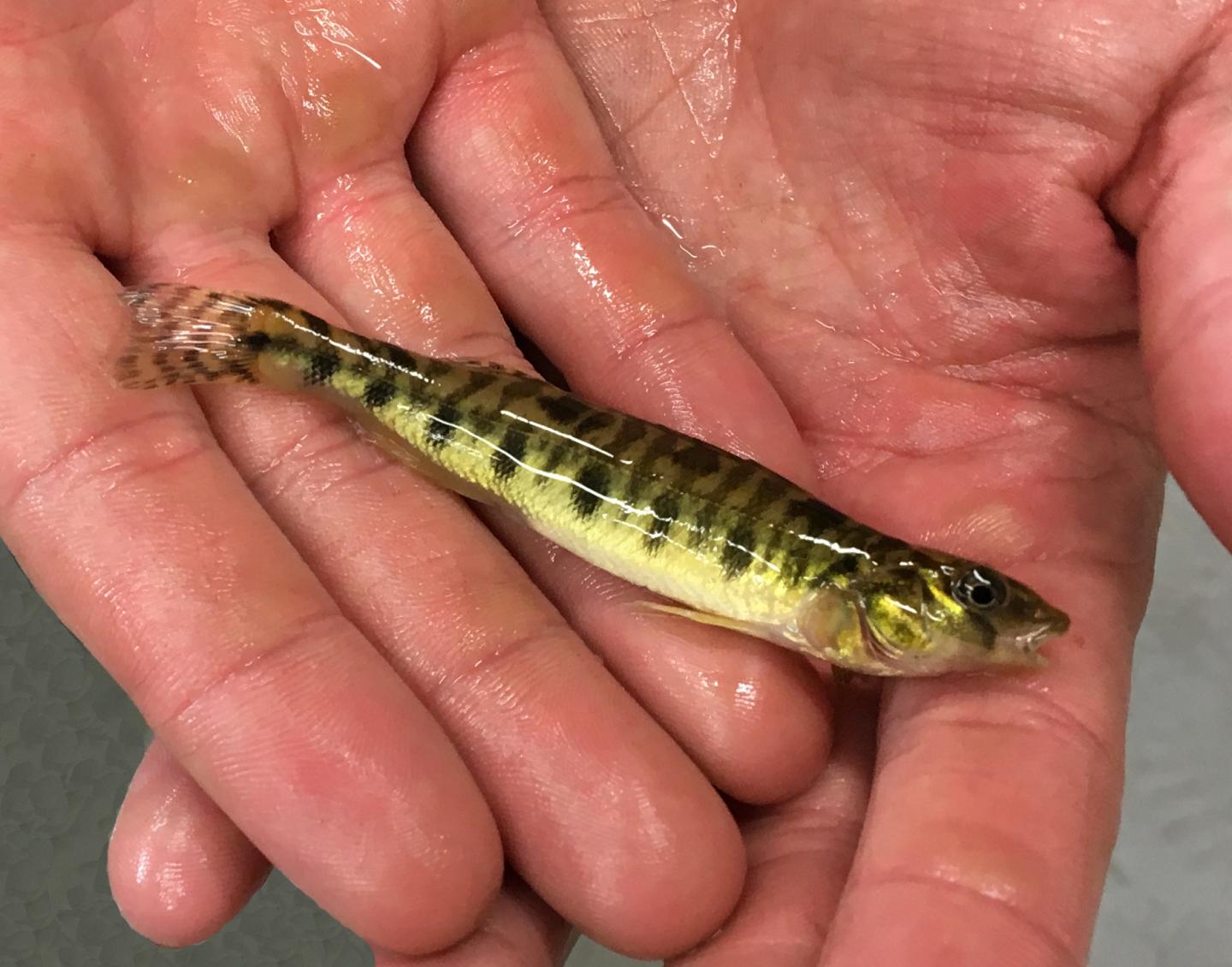 As fishes go, the Chesapeake logperch is hardly impressive.

The yellow- to olive-colored member of the darter family — distinctive only because of its dark bars, often arrayed in zebra fashion — typically is just a few inches long, with a small mouth and a short, conical snout. It is believed to only ever have inhabited the lower drainages of the Susquehanna and Potomac rivers, and it has not been seen in the Potomac since the late 1930s.

A victim of past pollution and now predation by voracious invasive fishes, including the northern snakehead and flathead catfish, its numbers have dwindled significantly in the Susquehanna and a few of the river’s tributaries it inhabits, according to Jay Stauffer, distinguished professor of ichthyology, Penn State. Already listed as endangered in Pennsylvania and Maryland, the Chesapeake logperch is on the verge of being added to the federal Endangered Species List.

“We don’t want to see that happen, because the logperch being federally listed would cause a lot of problems with development in the lower Susquehanna River basin and also with development around the upper Chesapeake Bay,” he said. “We think that we can restore the Chesapeake logperch to its original distribution in the Susquehanna River by culturing it and reintroducing it to its native habitat.”

This spring, Stauffer and his research group in Penn State’s College of Agricultural Sciences received grants and commitments for grants totaling almost $500,000 from the Pennsylvania Fish and Boat Commission and the Pennsylvania Wild Resources fund to restore the logperch. The four-year effort, which recently got underway, is uncommon in one respect, Stauffer explained.

“There has been quite a bit of work done in the last 10 years or so trying to restore fishes to their habitats, but there are not many restoration projects of this magnitude with a species that has not been federally listed,” he said. “To try to prevent a species from being federally listed is pretty unique.”

In recent months, Stauffer and several graduate students, who are qualified to recognize fish underwater, have been snorkeling sections of the lower Susquehanna and tributaries capturing Chesapeake logperch and determining habitats the fish still frequents. They plan to continue surveying activities through the summer and extend their search into the Susquehanna Flats at the river’s mouth in the Chesapeake Bay.

Looking for logperch in deeper water, Stauffer will be scuba diving, accompanied by several students who are science divers in training at Penn State. His research group also will employ an underwater drone with a 300-foot tether. Its camera transmits video back to an operator in a boat who can see deep underwater scenes on an iPad.

So far, the researchers have found the fish in the river between Holtwood Dam and Conowingo Dam. Stauffer theorizes Chesapeake logperch swim up tributaries from March through June to spawn and that some of the fish may live in the tributaries year-round.

“But we think the majority of the population is in the main channel of the Susquehanna River,” he said. “So far, we have found them in Octoraro Reservoir and its tributaries, Fishing Creek, Muddy Creek and Peters Creek. We always find them downstream of the first waterfall or dam, so we think that the fish is not resident in these creeks.”

The researchers have cultured about 1,500 Chesapeake logperch in a laboratory at the University Park campus and in Tennessee, and the logperch also are being kept at a fish-culture facility at Penn State’s Russell E. Larson Agricultural Research Center at Rock Springs. Holding the fish in aquaria at two locations provides redundancy that protects the restoration initiative from power failures or disease outbreaks, Stauffer noted.

He plans to introduce those fish starting with 1,200 this September into selected spots with good habitat in their historical range in the Susquehanna River drainage.

Why go to all this trouble to save this unimpressive little fish? Stauffer admits he has asked himself that question. Because the Chesapeake logperch has no commercial value and it is not of recreational importance, a conventional cost-benefit analysis on losing the little fish cannot be performed, he conceded.

“If it goes extinct, we have lost another species that inhabits the Earth. I believe that is important, although I realize everyone doesn’t agree with me,” said Stauffer. “But I think there is something to be said for preserving the biodiversity of our aquatic systems.”

A quantum of solid