PHILADELPHIA –  The U.S. Food and Drug Administration (FDA) has expanded its approval for a personalized cellular therapy developed at the University of Pennsylvania’s Abramson Cancer Center, this time for the treatment of adults with relapsed or refractory follicular lymphoma (FL) after two or more lines of systemic therapy. The accelerated approval was granted today to Novartis for the chimeric antigen receptor (CAR) T-cell therapy Kymriah® (tisagenlecleucel), making it the third indication for the nation’s first personalized cellular therapy for cancer. It remains the only CAR-T cell therapy approved for both adult and pediatric patients. 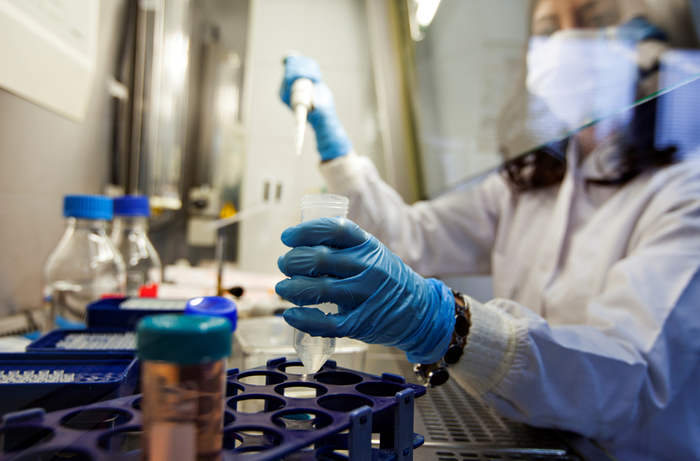 PHILADELPHIA –  The U.S. Food and Drug Administration (FDA) has expanded its approval for a personalized cellular therapy developed at the University of Pennsylvania’s Abramson Cancer Center, this time for the treatment of adults with relapsed or refractory follicular lymphoma (FL) after two or more lines of systemic therapy. The accelerated approval was granted today to Novartis for the chimeric antigen receptor (CAR) T-cell therapy Kymriah® (tisagenlecleucel), making it the third indication for the nation’s first personalized cellular therapy for cancer. It remains the only CAR-T cell therapy approved for both adult and pediatric patients.

FL is the most common slow-growing non-Hodgkin Lymphoma (NHL), which impacts 15,000 people annually in the United States, with the average age of patients being approximately 60. Despite the disease being slow-growing, it is often an incurable cancer, which typically recurs and requires several treatments over a person’s lifetime.

“Being able to expand the reach of this personalized therapy to patients with follicular lymphoma is an exciting milestone for our team, our patients, and their families,” said Stephen J. Schuster, MD, the Robert and Margarita Louis-Dreyfus Professor and director of the Richard Berman Family Center for Innovation in CLL and Lymphomas in Penn’s Perelman School of Medicine and the Abramson Cancer Center. “For too long, we have had little to offer our patients when they relapse, and with today’s news, we can offer them new hope.”

Kymriah was first tested at Penn in 2010, in clinical trials of adult patients with advanced chronic lymphocytic leukemia (CLL). In 2012, a collaboration with Children’s Hospital of Philadelphia (CHOP) launched a study of the therapy in pediatric patients with acute lymphoblastic leukemia (ALL). That same year, Penn and Novartis entered into an alliance to further research, develop, and commercialize CAR T-cell therapies. Kymriah became the first CAR T cell approved by the FDA in 2017, for the treatment of certain pediatric and young adult patients with ALL. The therapy was also approved for certain types of lymphoma in 2018. In addition to the diseases for which Kymriah has now been FDA approved, clinical trials exploring CAR T cell therapy have been conducted or are underway at Penn for the treatment of cancers including multiple myeloma, glioblastoma, mesothelioma, and ovarian and pancreatic cancer.

At Penn, Schuster led one of the largest U.S. trial sites for the pivotal Phase 2 ELARA trial, results of which were published in the Nature Medicine and presented at the 2021 American Society of Clinical Oncology Annual Meeting. The trial was conducted at 30 sites and included 97 adult patients who received treatment with Kymriah. Eighty-six percent of patients responded to the therapy, with 68 percent achieving a complete response. At one year, 85 percent of those patients remained in remission. The most common side effects, experienced by 20 percent or more of participants, included cytokine release syndrome, infections-pathogens unspecified, fatigue, musculoskeletal pain, headache, and diarrhea. Kymriah can be administered in the outpatient setting, offering increased flexibility and potentially reducing the burden of therapy for patients and their care teams.

“In just over a decade, we have moved from treating the very first patients with CAR T cell therapy and seeing them live healthy lives beyond cancer to having three FDA-approved uses of these living drugs which have helped thousands of patients across the globe,” said Carl June, MD, the Richard W. Vague Professor in Immunotherapy in the department of Pathology and Laboratory Medicine in Penn’s Perelman School of Medicine and director of the Center for Cellular Immunotherapies in the Abramson Cancer Center and director of the Parker Institute for Cancer Immunotherapy at Penn. “Today’s news is new fuel for our work to define the future of cell therapy and set new standards in harnessing the immune system to treat cancer.”

“The most transformative modern breakthrough in the cancer space has been the explosion of new therapies using cell and gene therapy, and it has opened a completely new portal to more treatments and cures,” said Robert H. Vonderheide, MD, Phil, director of the Abramson Cancer Center and the John H. Glick Abramson Cancer Center Professor in Penn’s Perelman School of Medicine. “Physicians and scientists at Penn are working each day to identify new targets and develop new trials for these personalized therapies to expand their reach to more patients with more cancers.”

Adult patients who are interested in T cell therapies at Penn Medicine can call 215-316-5127 for more information.

Editor’s Note: The University of Pennsylvania has licensed some technologies involved in these studies to Novartis. Some of the scientists involved in these trials are inventors of these technologies. As a result of the licensing relationship with Novartis, the University of Pennsylvania receives significant financial benefit, and some of these inventors have benefitted financially and/or may benefit financially in the future.