CLEVELAND—The Inamori International Center for Ethics and Excellence at Case Western Reserve University will award Paul Farmer, a physician and medical anthropologist who has dedicated his life to improving healthcare for the world’s most in need, with the 2022 Inamori Ethics Prize. 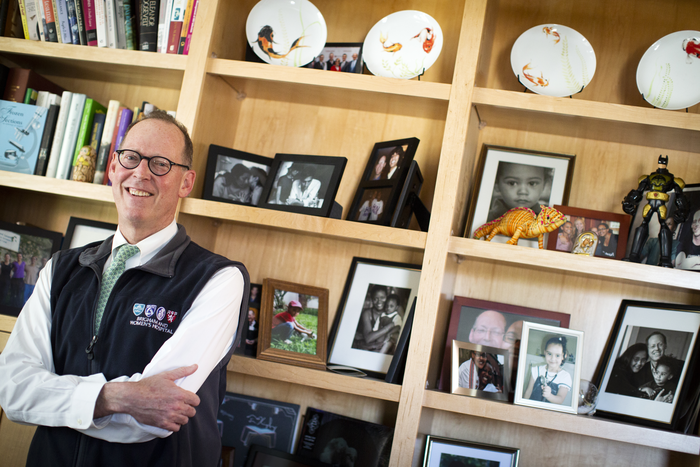 CLEVELAND—The Inamori International Center for Ethics and Excellence at Case Western Reserve University will award Paul Farmer, a physician and medical anthropologist who has dedicated his life to improving healthcare for the world’s most in need, with the 2022 Inamori Ethics Prize.

Farmer, the Kolokotrones University Professor and chair of the Department of Global Health and Social Medicine at Harvard Medical School, is chief strategist and co-founder of Partners In Health (PIH), a 35-year-old international non-profit that “brings the benefits of modern medicine to those who have suffered from the overt and subtle injustices of the world, in the past and in the present.”

Farmer will be awarded the prize and deliver a free public lecture about his work as part of an academic symposium and panel discussion during Inamori Center events Oct. 27-28 on the Case Western Reserve campus in Cleveland.

Case Western Reserve has awarded the Inamori Ethics Prize annually since 2008 to honor outstanding international ethical leaders whose actions and influence have greatly improved the condition of humankind.

“Dr. Farmer exemplifies every aspect of this honor,” said Case Western Reserve President Eric W. Kaler. “The work he’s done through Partners In Health has had a tremendous impact on the lives of people in the world’s rural, impoverished and marginalized communities. And, importantly, his community-based treatment strategies to deliver high-quality health care to patients in the U.S. and around the world address one of the greatest issues of our time—inequities and inequalities in healthcare.”

Farmer, also a professor of medicine and chief of the Division of Global Health Equity at Brigham and Women’s Hospital in Boston, has written extensively on health, human rights and social inequality affecting health and healthcare globally. In 2020, he received the $1 million Berggruen Prize in recognition of his life’s work and, more specifically, contributions during the pandemic. He also received a MacArthur Fellowship in the early 1990s.

He is a member of the American Academy of Arts and Sciences and the Institute of Medicine of the National Academy of Sciences, which awarded him the 2018 Public Welfare Medal. In 2005, Tracy Kidder’s Mountains Beyond Mountains: The Quest of Dr. Paul Farmer, a Man

Who Would Cure the World was CWRU’s Common Reading selection for incoming first-year students. In 2006, Case Western Reserve awarded Farmer an Honorary Doctor of Science degree from the School of Medicine.

In 1987, Farmer and his colleagues co-founded PIH, which began in Cange in the Central Plateau of Haiti. PIH has developed into a worldwide health organization with a model for providing healthcare. The PIH hospital in Haiti provides free treatment to patients, and PIH helps patients living in poverty to obtain effective drugs to treat diseases such as tuberculosis and AIDS.

Farmer also served as U.N. Special Adviser to the Secretary-General on Community-based Medicine and Lessons from Haiti and is best known for his humanitarian work providing suitable healthcare to rural and under-resourced areas in developing countries, beginning in Haiti.

“The Inamori Ethics Prize is, at its very core, a celebration of those who have contributed to the betterment of humankind,” said CWRU Provost and Executive Vice President Ben Vinson III. “Dr. Farmer is the very epitome of a humanitarian and incredibly deserving of this award.”

Farmer has received many additional honors, including the Bronislaw Malinowski Award and the Margaret Mead Award from the Society for Applied Anthropology, the Outstanding International Physician (Nathan Davis) Award from the American Medical Association, and, with his PIH colleagues, the Hilton Humanitarian Prize.

“We are delighted to welcome Dr. Farmer back to our campus and the Cleveland community and share his story and message locally and globally during the Inamori Ethics Prize ceremony, symposium, and associated events,” said Inamori Center Acting Director Beth Trecasa. “Dr. Farmer’s authentic compassion for humanity is as clear as the global improvement he has been able to make through his own actions and the collective impact of Partner In Health.”

Case Western Reserve University is one of the country’s leading private research institutions. Located in Cleveland, we offer a unique combination of forward-thinking educational opportunities in an inspiring cultural setting. Our leading-edge faculty engage in teaching and research in a collaborative, hands-on environment. Our nationally recognized programs include arts and sciences, dental medicine, engineering, law, management, medicine, nursing and social work. About 5,800 undergraduate and 6,300 graduate students comprise our student body. Visit case.edu to see how Case Western Reserve thinks beyond the possible.