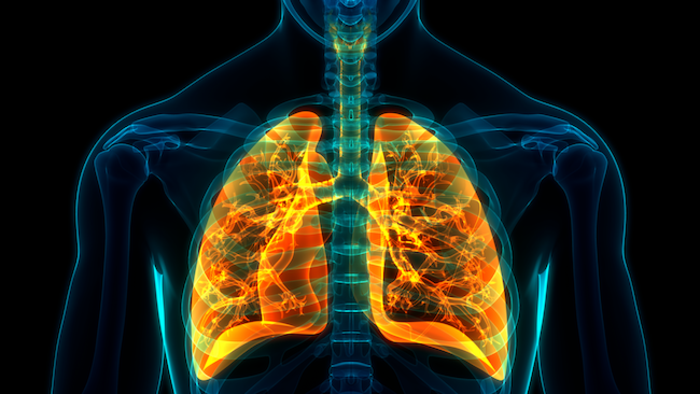 “This research suggests a new strategy to improve the symptoms of cystic fibrosis, especially the body’s ability to fight infections,” says study first author Zhichao Fan, Ph.D., a researcher with LJI and the University of Connecticut School of Medicine.

“The transplant is enough for a better life—at least in mice,” adds senior author LJI Professor Klaus Ley, M.D., a member of the LJI Center for Autoimmunity and Inflammation.

The researchers emphasize that even though this therapy is still in preclinical stages, the technique could be ideal for treating patients when cystic fibrosis symptoms first appear.

Helping the most vulnerable patients

Cystic fibrosis is an inherited disease that leaves patients struggling to breathe and digest food from an early age. People with cystic fibrosis cannot clear mucus from their lungs, which means they are extremely vulnerable to infections.

Professor Douglas Conrad, M.D., is a pulmonologist with UC San Diego Health and director of the Adult Cystic Fibrosis Clinic. He works closely with patients who have spent their entire lives on intense therapeutic regimens and devote many hours a day to treatments and chest physiotherapies to loosen mucus in their lungs. These patients know they may only live into their forties.

“These are young people, but they’re taking 10 to 30 medications a day,” says Conrad, who co-authored the new study. “There’s a huge treatment burden.”

Recently, a drug called Trikafta® was approved as a cystic fibrosis therapy. The drug modulates the CFTR gene that is mutated in people with cystic fibrosis. “This has been a transformational event over the last two years,” says Conrad. “It has turned a very severe disease into a kind of a mild disease.” Trikafta® helps many patients live longer, but it doesn’t work for everyone.

“We don’t have a cure yet,” says Conrad. “And about 10 percent of patients are not eligible for this kind of CFTR modulator therapy. Living with cystic fibrosis, especially if you can’t use CFTR modulators, is a very scary thing to go through.”

A few years ago, Ley came to Conrad with an interesting idea: What if doctors could help more patients by replacing the dysfunctional cells in cystic fibrosis?

Ley wanted to address what he calls “the monocyte problem.”

Monocytes develop in the body’s bone marrow and serve as important guardians of the lungs, gut and other organs. Monocytes fight disease by engulfing and “eating” up harmful microbes and alerting other immune cells to trouble.

In previous studies, researchers had found that CFTR, the defective gene in cystic fibrosis, leads to an adhesion defect in monocytes. “These monocytes can’t get to where they need to go in the gut or the lung,” says Ley.

Ley, a noted world expert in monocytes, wondered if his lab could “rescue” this monocyte defect by giving patients new bone marrow that can produce healthy monocytes. Ley’s team is not the first to study bone marrow transplants in cystic fibrosis models, but it is the first to focus on the importance of replacing defective monocytes.

Any transplant would have to be a partial transplant. Preparing for a full transplant would mean eliminating a patient’s ability to make any immune cells in their own bone marrow, which would leave them defenseless against pathogens for too long.

“A lot of cystic fibrosis patients are dealing with chronic infections, so they are not suitable candidates for a full bone marrow transplantation,” says Fan.

So the researchers turned to a mouse model of cystic fibrosis to see what could work. Their work shows that a partial transplant helped the mice live longer and experience much less inflammation.

“We showed that around a 60 to 70 percent replacement of bone marrow in mice can improve the symptoms of inflammation in cystic fibrosis,” says Fan. “This was really good.”

The team discovered that the monocytes from these rescued mice could fight bacteria in laboratory tests, while defective cystic fibrosis monocytes could not. Fan says the next step is to see how the mice themselves fare when challenged with an infection.

The LJI team is also interested in studying how monocytes in cystic fibrosis patients develop a defect in the first place. “What is the molecular mechanism behind this defect?” asks Fan. “If we can study this, we might be able to design a drug that can target it.”

This study was supported by the National Institutes of Health (grants HL078784 and R01HL145454), a Pilot & Feasibility Award from the Cystic Fibrosis Foundation (00841I221), a WSA postdoctoral fellowship and Career Development Award from the American Heart Association (grants 16POST31160014 and 18CDA34110426), and a startup fund from UConn Health.

About La Jolla Institute
The La Jolla Institute for Immunology is dedicated to understanding the intricacies and power of the immune system so that we may apply that knowledge to promote human health and prevent a wide range of diseases. Since its founding in 1988 as an independent, nonprofit research organization, the Institute has made numerous advances leading toward its goal: life without disease. Visit lji.org for more information.