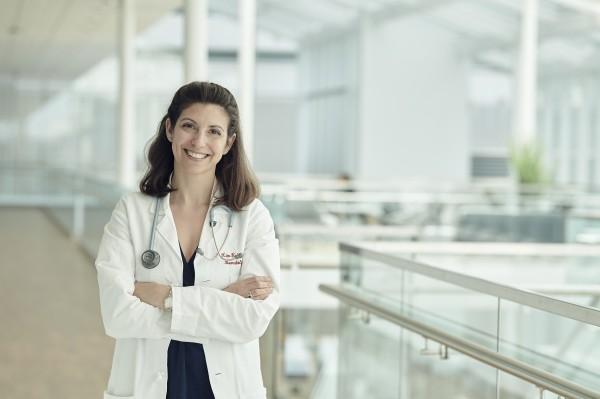 PHILADELPHIA–More than two-thirds of pancreatic cancer patients harboring genetic mutations saw their tumor stop growing or shrink substantially after being switched from intensive chemotherapy to the PARP inhibitor rucaparib as a maintenance therapy, researchers from the Abramson Cancer Center (ACC) at the University of Pennsylvania reported online today in the Journal of Clinical Oncology. The results from the phase II trial at the ACC support the use rucaparib for pancreatic cancer patients with BRCA1, BRCA2, and PALB2 variants to help control tumor growth without the aggressive side effects of chemotherapy.

Rucaparib — a targeted therapy in pill form — is currently approved by the U.S. Food and Drug Administration as a maintenance therapy for patients with recurrent ovarian and fallopian tube cancer and prostate cancer, but not pancreatic cancer.

“This is another step forward for PARP inhibitors and for the treatment of tough-to-treat pancreas tumors,” said Kim Reiss, MD, an assistant professor of Hematology-Oncology in Penn’s Perelman School of Medicine and the study’s lead author. “It’s a safe option that not only has the potential to maintain responses, but also shrink pancreatic tumors and, in some cases, achieve complete responses for those carrying these mutations.”

Seventy-one-year-old Arnold Simon, who was first diagnosed in 2016 with metastatic pancreatic cancer and later discovered he had the BRCA2 mutation, is one of those patients. An early participant in the trial, Simon has been on rucaparib for more than three years. Since then, every one of his last 16 CT scans has been clear, with no signs of active cancer.

“The biggest benefit of being on the PARP inhibitor is that it is pills only, and the side effects have been minimal,” Simon said. “I don’t have to go down and sit and have chemo dripped for six hours into me. As far as I’m concerned, for me, there’s nothing better than what I’m currently on.”

Rucaparib is the second PARP inhibitor to show a benefit in patients with pancreatic cancer and germline BRCA mutations, and the first to show efficacy in those with germline PALB2 mutations and somatic mutations in BRCA. Lydia Henson, a 56-year-old patient who was diagnosed with metastatic pancreatic cancer in 2014, was treated with chemotherapy for years before discovering she had the PALB2 mutation, which led her to the ACC trial. She has been on the PARP inhibitor for 18 months, with no signs of active cancer.

Of the 42 patients with advanced pancreatic cancer evaluated in the study, 12 had a partial response and three had a complete response.

The disease control rate – which is defined as the total number of patients experiencing a complete response, partial response, or stable disease – was 66.7 percent for a median time of 17.3 months. The median progression-free survival was 13.1 months and the overall survival was 23.5 months.

At the cutoff date of the study, eight patients remained alive and in active follow-up more than two years after starting rucaparib, of which four are progression-free. Of the three patients with complete responses, two remain ongoing today after more than a year, including Henson.

Rucaparib also showed benefit in patients with acinar and squamous cell carcinoma of the pancreas, further expanding the population for which these drugs might be used.

Pancreatic cancer is responsible for more cancer deaths in the United States each year than any cancer type other than lung and colorectal, despite the fact that it only accounts for about three percent of annual new cancer cases. Just 10 percent of patients survive five years with the disease. Between six and eight percent of pancreatic cancer patients have a BRCA or PALB2 mutation.

The study follows preliminary data from an interim analysis of the trial presented in 2019 at the American Association for Cancer Research annual meeting.

“These latest results show us another effective and less toxic maintenance therapy option for pancreatic cancer patients,” said the study’s senior author Susan Domchek, MD, executive director of the Basser Center for BRCA at Penn, “and underscore the importance of genetic counseling and testing, which can potentially steer the treatment course in a better direction.”