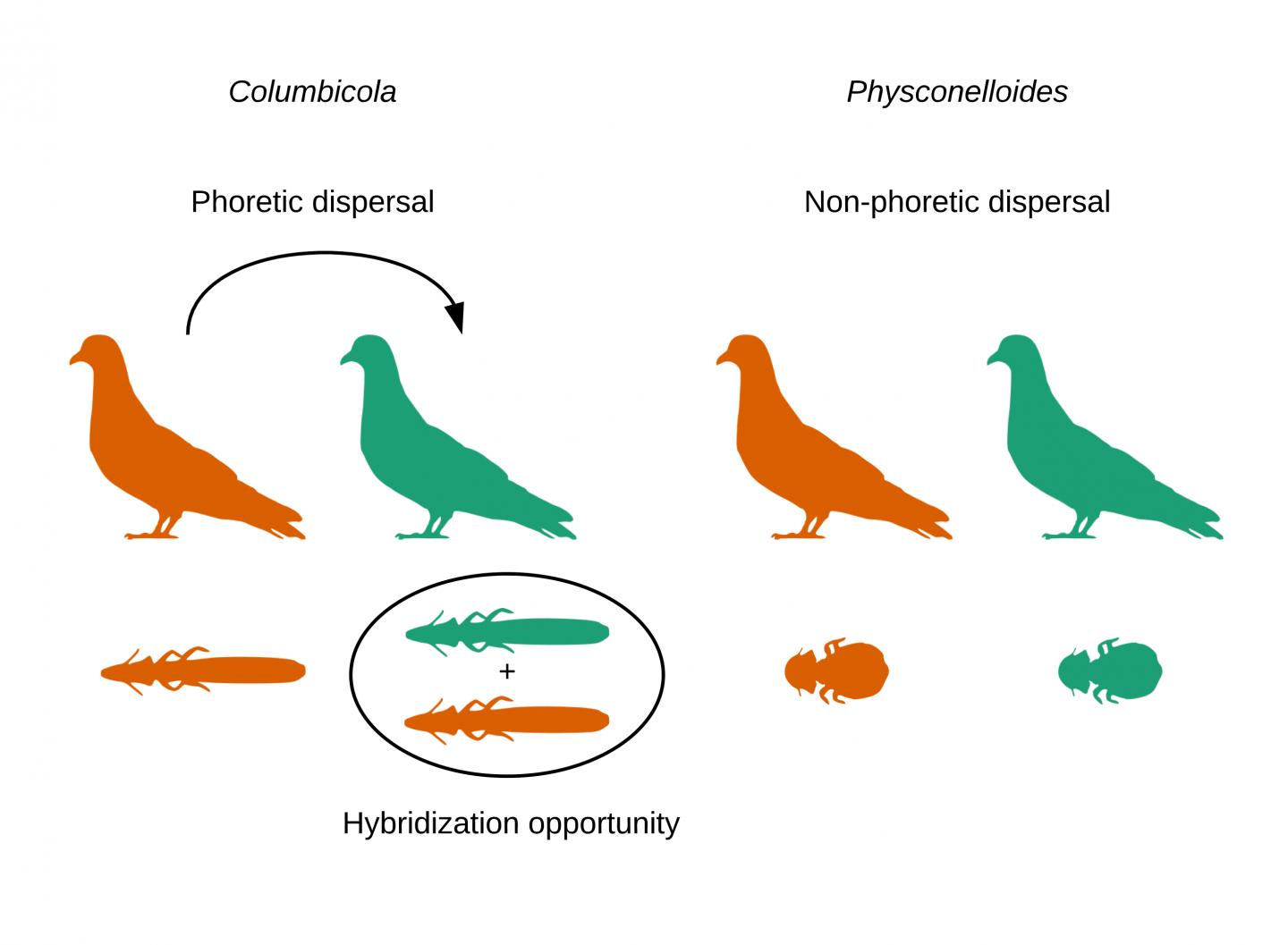 The results, recently published in the journal Communications Biology, have important applications in the field of coevolutionary biology

The physical movement of species determines their potential scope to leave their primary ecosystem behind in the quest for new niches in which to survive or reproduce–a decisive factor for the processes that determine their genomic characteristics.

Researchers from the University of Granada (UGR) and the University of Illinois (UI) have, for the first time, analysed the relationship between this potential for movement in different species of parasites–their dispersal capacity–and their levels of genetic introgression. Introgression–the gradual movement of genes from one species into the gene pool of another–affects the proportion of regions of the genome of a given species that comes from different species via hybridisation.

This new study on this phenomenon was led by Jorge Doña Reguera, a Marie Curie postdoctoral researcher from the Department of Zoology at the University of Granada and a member of the University of Illinois at Urbana-Champaign. Its results were recently published in the journal Communications Biology.

The team of scientists demonstrated that differences in the dispersal capacities of different species can modulate levels of genomic introgression–that is, the parasite species with the greatest ability to reach different host species presented higher levels of introgression.

Doña Reguera, together with Drs Andrew Sweet and Kevin Johnson, began this study in 2018, focusing on the relationship between dispersal capabilities and genomic introgression levels in the case of bird lice. Currently, the research is expanding its focus within the Marie Curie “INTROSYM” project in which, together with Drs Juan Gabriel Martínez Suarez from the UGR and Kevin Johnson, introgression processes in symbionts is being investigated. This project will analyse the incidence of this phenomenon and its impact on the ecology, evolution, and conservation of symbiont species (for more information, visit https://cordis.europa.eu/project/id/886532/en).

First, the authors found a higher proportion of introgressed regions and, subsequently, a greater number of reticulated phylogenetic networks in the genus of wing lice. Therefore, the results indicated that species with higher dispersal abilities present increased genomic signatures of introgression (due to hybridisation events).

“The fact that dispersal capacities are linked to introgression rates could enable us to get closer to predicting the introgression rate of a given species of parasite, which could have very important implications for understanding parasite-host dynamics,” explains the UGR researcher.

For example, this knowledge could be of great value in the case of co-adaptation processes between species (that is, the adaptation of a species in response to interaction with another) or modulating the speciation processes of parasites by modifying the opportunities for colonisation of new hosts, “something that may be important for understanding the emergence of infectious diseases.”

Doña notes the warm reception the publication has received in the scientific community, although much remains to be done, due to the novelty of the subject. Matter. “One very important aspect of this work is that the study system that we used, bird lice, was the same as that of numerous foundational studies in coevolutionary biology and reference books such as Coevolution of Life on Hosts,” he says. “The fact that we have found evidence of introgression in this system opens up many questions, such as how does this new process/result fit into everything we knew before?” As the INTROSYM project continues to evolve, he expects new answers to be uncovered.