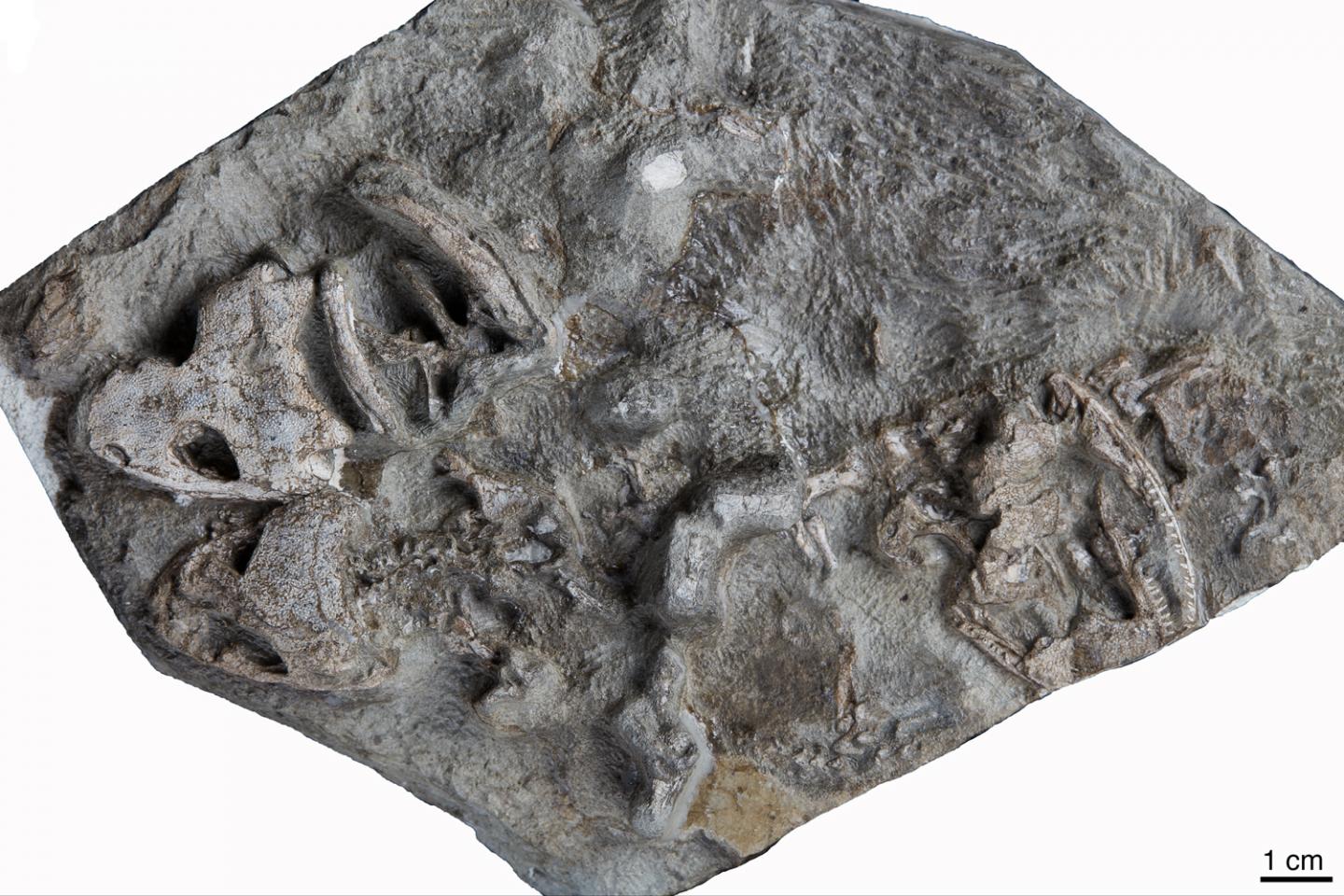 Paleontologists had to adjust to stay safe during the COVID-19 pandemic. Many had to postpone fossil excavations, temporarily close museums and teach the next generation of fossil hunters virtually instead of in person.

But at least parts of the show could go on during the pandemic — with some significant changes.

“For paleontologists, going into the field to look for fossils is where data collection begins, but it does not end there,” said Christian Sidor, a University of Washington professor of biology and curator of vertebrate paleontology at the UW’s Burke Museum of Natural History & Culture. “After you collect fossils, you have to bring them to the laboratory, clean them off and see what you’ve found.”

Among other adaptations during the pandemic, Sidor and his UW colleagues have spent more time cleaning, preparing and analyzing fossils excavated before the pandemic, as well as managing new pandemic-related struggles — such as a misplaced shipment of irreplaceable specimens.

For Sidor’s team, a recent triumph came from an analysis — led by UW postdoctoral researcher Bryan Gee — of fossils of Micropholis stowi, a salamander-sized amphibian that lived in the Early Triassic, shortly after Earth’s largest mass extinction approximately 252 million years ago, at the end of the Permian Period. Micropholis is a temnospondyl, a group of extinct amphibians known from fossil deposits around the globe. In a paper published May 21 in the Journal of Vertebrate Paleontology, Gee and Sidor report on the first occurrence of Micropholis in ancient Antarctica.

“Previously, Micropholis was only known from South African specimens,” said Gee. “That isolation was considered fairly typical for amphibians in the Southern Hemisphere during the Early Triassic. Each region — South Africa, Madagascar, Antarctica, Australia — will have its own set of amphibian species. Now, we’re seeing that Micropholis was more widespread than previously recognized.”

Out of more than 30 Early Triassic amphibians in the Southern Hemisphere, Micropholis is now only the second found in more than one region, according to Gee. That is surprising given Earth’s geography. In the Early Triassic, most of Earth’s continents were connected as a part of a single, large landmass, Pangea. Places like South Africa and Antarctica were not as far apart as they are today, and may have had similar climates. Some scientists theorize that these closely placed regions could harbor different amphibian species as a consequence of the end-Permian mass extinction.

“It had been proposed that there were only small populations of survivors and low movement of species in the Early Triassic, which could have explained these regional differences,” said Gee.

Finding Micropholis in two regions may indicate that this species was a “generalist” — adaptable to many types of environments — and could easily spread after the mass extinction.

Alternatively, it’s possible that many other amphibians actually lived in multiple regions, like Micropholis, but paleontologists haven’t found evidence yet. While some Southern Hemisphere regions like South Africa have been well sampled, others have not — like Antarctica, which in the Early Triassic was relatively temperate, but is today largely covered by ice sheets.

Sidor’s team collected skulls and other fragile body parts from four individuals of Micropholis during a 2017-2018 collection trip to the Transantarctic Mountains. In 2019, Gee agreed to come to the UW to lead the analysis of amphibian fossils from that trip after completing his doctoral degree at the University of Toronto. He completed his degree early in the pandemic and moved to Seattle during the second wave of COVID-19.

With social distancing measures in place on campus, Sidor delivered the fossils and a microscope to Gee’s home, where he analyzed the specimens in his living room.

“Having access to the microscope was really the most essential piece of equipment, to be able to identify all the small-scale anatomical features that we need to definitively prove these were Micropholis fossils,” said Gee.

On the same trip, Sidor’s team collected another rare find: a well-preserved skull of a therocephalian, a group of extinct mammal relatives that lived in the Permian and Triassic periods. Therocephalians were a widespread group of both herbivores and carnivores.

“But the Antarctic record for these animals is very poor,” said Sidor. “So this was a rare find.”

It was a rare find that nearly went extinct again. Sidor shipped the therocephalian skull in October 2019 to Chicago’s Field Museum, where it was cleaned and prepped by his longtime colleague Akiko Shinya.

“Not being able to travel to museums to do research, we’ve been shipping fossils to each other — which we don’t like to do, but sometimes we have to in order to keep the work going,” said Sidor.

In early April, Shinya shipped the finished specimens overnight back to Sidor in Seattle, but the package did not show up at the projected time. As Sidor recounted on Twitter, the skull was apparently lost in a transfer facility in Indiana — he feared for good. After several days, the package was found, and was promptly transported to Seattle and delivered safely to the UW.

“I was so relieved,” said Sidor. “When I thought it was lost, I had been thinking about the insurance forms. How do you put a dollar value on a specimen that you needed an LC-130 Hercules to collect?”

The skull is undergoing analysis at the UW. As for the Antarctic Micropholis specimens, they’ll soon receive a new home. Later this year, they’ll go on display at the Burke Museum.

The research was funded by the National Science Foundation.