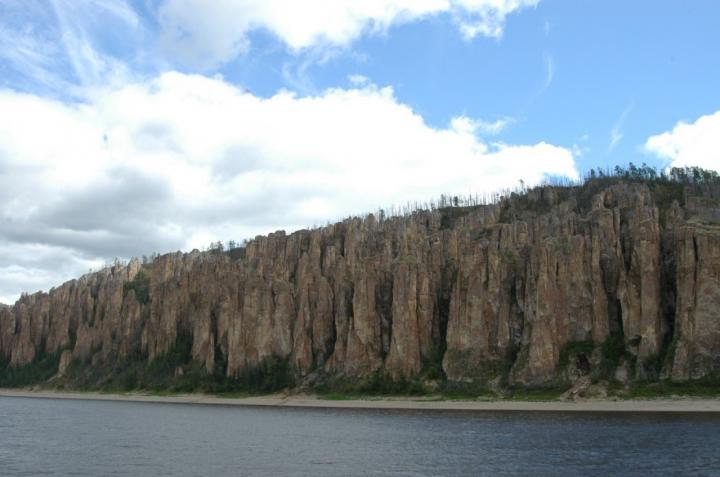 A multidisciplinary study, published on May 6 in Nature Geoscience by a joint China-UK-Russia research team, gives strong support to the hypothesis that the oxygen content of the atmosphere and ocean was the principal controlling factor in early animal evolution.

In past decades, important fossil discoveries revealed a puzzling pattern of episodic radiations and extinctions in early animal evolution. This pattern coincides with dramatic fluctuations in the carbon isotopic composition of seawater, according to study co-author ZHU Maoyan from the Nanjing Institute of Geology and Palaeontology of the Chinese Academy of Sciences.

Lower Cambrian strata along the Aldan and Lena rivers in Siberia consist of continuous sequences of limestone with abundant fossils and reliable age constraints, making these rocks ideal for analysing ancient seawater chemistry. The isotopic signatures of the rocks correlate with the global production of oxygen, allowing the team to determine oxygen levels in shallow sea water and the atmosphere during the Cambrian Period.

The study is the first to show that the pattern of episodic radiations and extinctions in early animal evolution closely matches extreme changes in atmospheric and oceanic oxygen levels. This result strongly suggests that oxygen played a fundamental role in the Cambrian Explosion of animals.

“The complex creatures that came about during the Cambrian Explosion were the precursors to many of the modern animals we see today. By analysing carbon and sulphur isotopes found in ancient rocks, we are able to trace oxygen variations in Earth’s atmosphere and shallow oceans during the Cambrian Explosion. We found that evolutionary radiations follow a pattern of ‘boom and bust’ in tandem with the oxygen levels,” said Dr. HE Tianchen, study lead author and postdoctoral researcher at the University of Leeds.

According to Prof. Graham Shields, study co-author from UCL Earth Sciences, this is the first study to show clearly that our earliest animal ancestors experienced a series of evolutionary radiations and bottlenecks caused by extreme changes in atmospheric oxygen levels. The result was a veritable explosion of new animal forms during more than 13 million years of the Cambrian Period.

Study co-author Dr. Benjamin Mills, from the School of Earth and Environment at Leeds, said, “The Siberian Platform gives us a unique window into early marine ecosystems. This area contains over half of all currently known fossilised diversity from the Cambrian Explosion.”

“This has been an incredibly successful and exciting joint study. The question of the Cambrian Explosion trigger has puzzled scientists for years. Now, the results give us convincing evidence to link the rapid appearance of animals as well as mass extinction during the early Cambrian with oxygen,” said co-author Andrey Yu Zhuravlev from Lomonosov Moscow State University.

Study co-author YANG Aihua from Nanjing University said, “In the last decade, progress has been made in the Cambrian Explosion; this study shows the interactions between the biodiversity of animal and environment during the early Cambrian.”