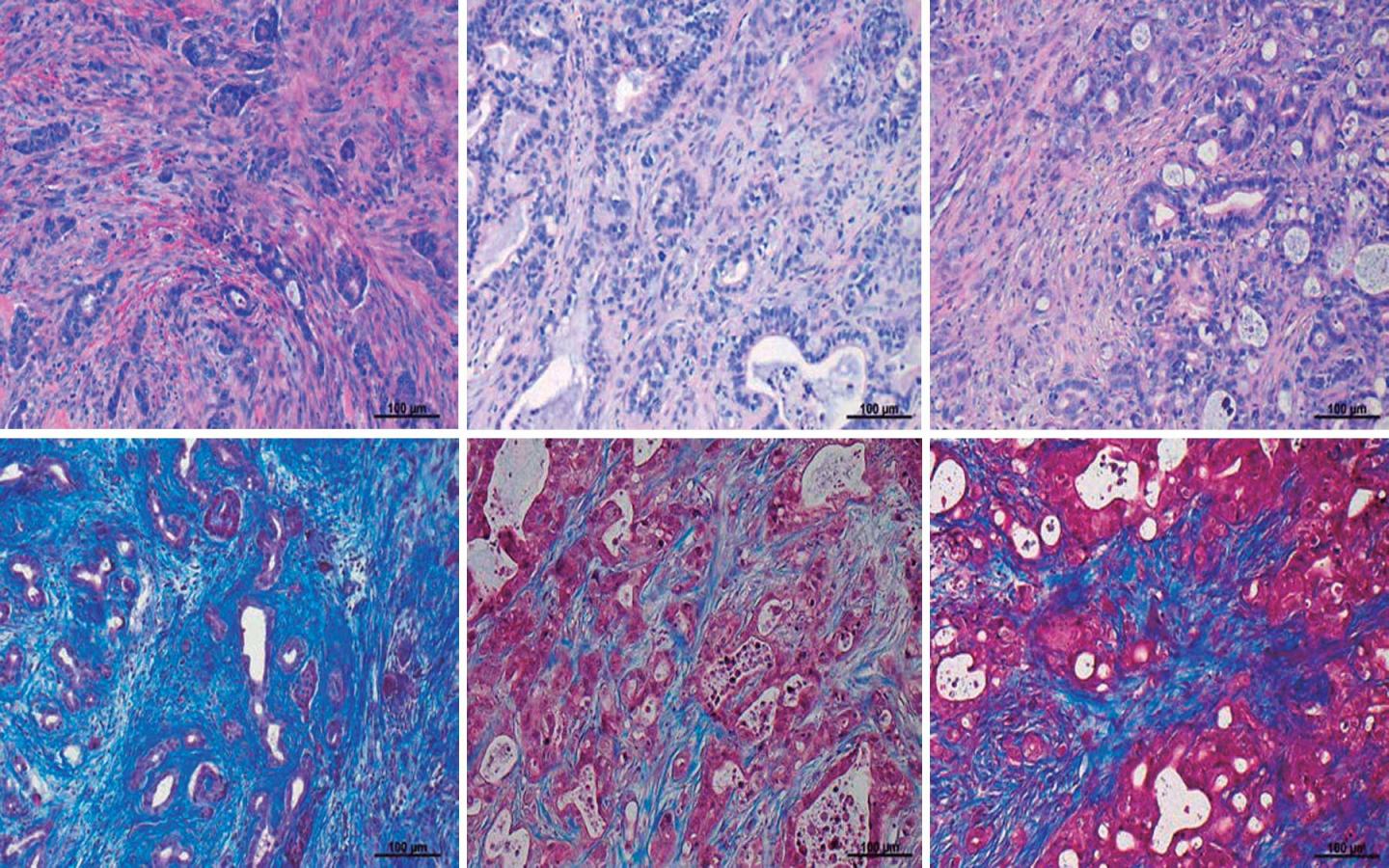 Cold Spring Harbor, NY — Cancer is relentless and resilient. When a drug blocks a cancer cell’s main survival pathway, the cell avoids the obstacle by taking different pathways or detours to save itself. This tactic is called “developing resistance,” and it’s one of the key challenges researchers face when seeking effective therapeutics to combat pancreatic ductal adenocarcinoma (PDA).

A group of researchers at Cold Spring Harbor Laboratory (CSHL) has now found a way to tackle this problem and stop the growth of pancreatic tumors in mice. Their findings are published in the journal Clinical Cancer Research.

Pancreatic cancer has a five-year survival rate of only 8 percent. Professor David Tuveson’s lab at CSHL is focused on identifying better treatment strategies to help prolong survival for patients, including new drugs that can be introduced into clinical trials.

More than 90 percent of pancreatic cancer patients carry a mutation, which controls cell growth and death, in the cancer-causing gene KRAS. The KRAS oncogene is difficult to drug directly, so researchers are testing indirect routes to shutting it down. One approach targets the AKT and MAP-Kinase (MAPK) downstream signaling pathways that support KRAS.

“Some clinical trials have targeted these pathways, but high toxicity levels and therapeutic resistance development precluded further investigation of these regimens,” said Youngkyu Park, a Research Investigator in the Tuveson lab. “Toxicity can occur when anti-tumor agents aren’t malignancy-specific. That means they risk killing healthy cells as well.”

The Tuveson lab encountered the problem of resistance pathways when it tried to barricade both the AKT and MAPK pathways in PDA.

By culturing normal human cells and cancer cells in 3D organoid models and testing them concurrently, the team was able to distinguish particular signaling mechanisms that only affected pancreatic cancer cells. This allowed them to pinpoint the ERBB signaling pathway as the pancreatic cancer-specific resistance mechanism following AKT/MAPK blockade.

“We hope this study will help other research groups to use the same methodological approach we use in the paper,” said Mariano Ponz-Sarvisé, a former CSHL Clinical Fellow and an author on the study. “I believe that for some drugs, this approach can help find new avenues to overcome resistance.”

A new hazelnut has cracked its competitive marketplace