Our climate has changed. How do we learn to live with extreme events?

By some measures, climate change is in the past. 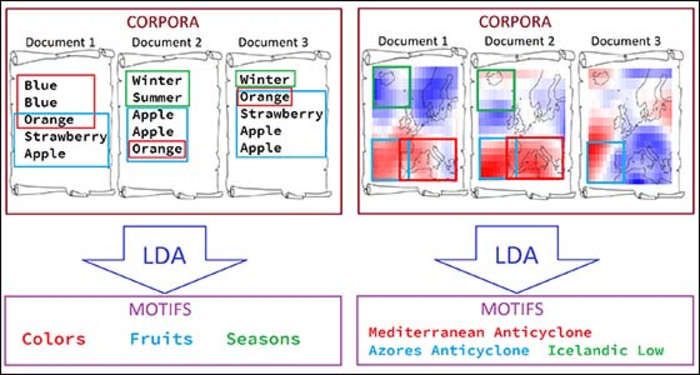 By some measures, climate change is in the past.

“Multiple lines of evidence strongly support the finding that anthropogenic greenhouse gases have become the dominant driver of global climate warming observed since the mid-twentieth century,” reports the revised Statement on Earth’s Changing Climate adopted by the Council of the American Physical Society this November—representing the collective voice of more than 50,000 members.

Important efforts to stall the consequences of future climate change continue. But some researchers are asking a different question: How can society become more resilient in an already-warmed world?

At the 2022 APS March Meeting, scientists will share new findings on learning to live with climate change—and the extreme events that follow in its wake. During a press conference at 2:00 p.m. CDT on Monday, March 14, 2022 the researchers will discuss fighting climate confusion and disinformation, building a weather dictionary, and predicting climate with deep learning physics. The conference will be held onsite and streamed via Zoom.

Throughout the Trump administration, officials like EPA chief Scott Pruit claimed there was too much uncertainty to definitively say humans contribute to climate change. Further, that administration promulgated an interpretation of observations of warming and extreme weather as the result of normal but possible extreme fluctuations of a statistically unchanging climate.

“One does not need anything but elementary statistics to show that the Trump administration’s stance on climate is not consistent with observational facts: using observations it is possible to demonstrate that climate is not statistically unchanging,” said mathematician Juan M. Restrepo, a scientist at the Department of Energy’s Oak Ridge National Laboratory.

Restrepo and Michael Mann, a climatologist at Pennsylvania State University, further, applied a simple probability theorem to temperature data from the 19th century onward. Then they estimated uncertainties related to human-driven and natural temperature fluctuations.

“Natural variability alone cannot account for the present changes in climate data. In spite of uncertainties, the Earth is still predicted to warm in a manner consistent with IPCC summary accounts,” said Restrepo of their preliminary findings.

“Given the evidence that key climate change attributes, such as ice sheet collapse and sea level rise, are occurring ahead of schedule, uncertainty has in many respects broken against us, rather than in our favor,” added Mann. “Scientific uncertainty is not a reason for inaction. If anything, it is a reason for more concerted efforts to limit carbon emissions.”

One of the most crucial areas of climate action lies in preparing for extreme events.

“There’s no question the planet is warming. But the most uncertainty exists about the events that affect us the most—occurring one city, one forest, one continent at a time,” said climate scientist Daniel Swain.

Cyclones, floods, heat waves, tornados, and other kinds of extreme weather emerge from the same processes that make up the climate, explains Swain, who works at the University of California Los Angeles’ Institute of the Environment and Sustainability.

But for any given disaster, how do we pinpoint whether climate change was a culprit? Swain recently co-published a primer on the young field of “extreme-event attribution,” arguing that the media and even other scientists often misunderstand the data.

At the meeting, Swain will give an overview of recent advances in real-world observations and modeling, and explain how society will need to adapt to climate-driven extreme weather.

One of the biggest dilemmas with extreme weather is predicting it: How do we know what to expect, and when?

Scientists at the University of Paris-Saclay seek answers by building a weather dictionary that relies on word search technology.

“We have exported the popular linguistic technique to the study of the climate to understand the ‘language’ of weather extreme events. What are the recurring topics when the atmosphere speaks, through the wind, to us?” said complex systems researcher Davide Faranda.

The team compared grid points of sea-level pressure to words and successfully identified cyclones and anticyclones known to meteorologists, like the Genoa Low, the Scandinavian High, and the Azores anticyclone.

Breaking down weather into simple motifs makes it clearer to study the effects of climate change. “It provides an easy way to study extreme events such as heat waves and cold spells and identify their precursors,” said Faranda.

The main problem is that while deep learning makes powerful and accurate predictions, these don’t always adhere to the actual laws of physics. Yu and her colleagues have developed workarounds that build physics into an algorithm to model turbulent flows.

“We have solved highly-challenging problems in physical science around climate models and COVID-19 simulations. I demonstrate how to principally integrate physics in AI models and algorithms to achieve both prediction accuracy and physical consistency,” said Yu.

Computational approaches like Yu’s could improve how we predict everything from extreme weather events and climate change to the next pandemic, and even traffic patterns within a city.

Attributing Extreme Events to Climate Change: A New Frontier in a Warming World