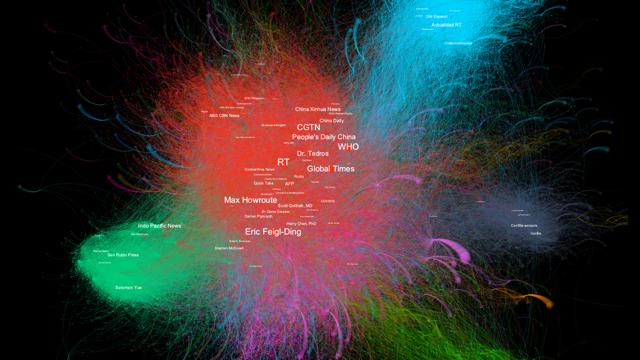 NORMAN, OKLA. – Four months ago, the existence of COVID-19 was unknown. Now, the disease has spread rapidly to almost every country disrupting society on an unprecedented scale in modern times.

As the world grapples to understand and contain the virus, a team of researchers at the University of Oklahoma received a $200,000 National Science Foundation award to study in real-time how Americans perceive COVID-19 and how false information shared through social media influences their behavior.

Ultimately, the researchers will use their findings to understand how misinformation spreads in a crisis, and to evaluate the effectiveness of efforts to combat misinformation about the virus.

In January, the research team began simultaneously collecting data from monthly nationwide surveys and from Twitter. Over the next year, the researchers will use these data to measure and track the influence of misinformation about COVID-19 among members of the broader U.S. public, along with a sample of Oklahoma residents. These two complementary streams of data will allow the researchers to systematically track the spread and penetration of misinformation over time and as the disease spreads.

Researchers will use both data streams to match misinformation based narratives as they emerge on social media, along with beliefs measured in the survey data. Eventually, the data will be used to test hypotheses about the dynamic relationships between the spread of false information on social media, broader public beliefs and behaviors, and effects on protective behaviors that may influence the spread of contagious diseases.

By establishing a connection with Twitter’s application programming interface, which includes an array of terms and hashtags related to COVID-19, the researchers can collect all messages on Twitter related to the virus and the outbreak.

The volume of data is enormous. From Jan. 27 to Feb. 24, more than 31 million different COVID-19-related messages were collected.

“These Twitter posts provide a continuous flow of data about the evolution of information networks and the spread of misinformation,” Jenkins-Smith said. “However, the posts can’t tell us the extent to which these factors are affecting behaviors and beliefs, such as trust and perceived risk or shifting views on protective measures.”

This is where the survey information comes into play. In the span of 12 months, the researchers will undertake a total of 10 nationwide surveys in order to identify near real-time changes in public COVID-19-related beliefs, perceptions and associated protective behaviors.

The surveys will be designed to allow the research team to pair the changing pattern of information/disinformation on social media with the receipt and belief of that information among the broader public.

About the University of Oklahoma

Founded in 1890, the University of Oklahoma is a public research university located in Norman, Oklahoma. OU serves the educational, cultural, economic and health care needs of the state, region and nation. For more information visit http://www.ou.edu.