Orphaned chimpanzees do not suffer from chronic stress 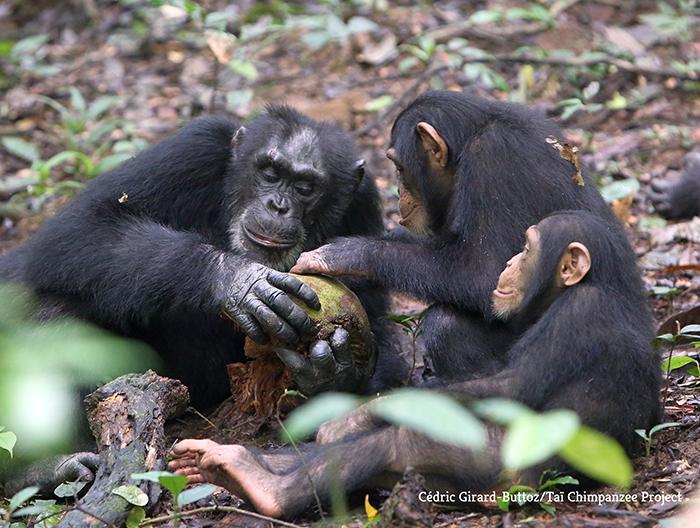 The loss of a loved one can be a defining moment, even in the animal world. In chimpanzees, for example, individuals whose mothers die when they are young are smaller than their counterparts, reproduce less and are also more likely to die at a young age. But why? To find out, an international research team* led by a CNRS researcher** studied the short- and long-term effects of maternal loss on the stress levels of orphaned chimpanzees over a 19-year period. By comparing the levels of a stress hormone marker, cortisol, between young and adult orphans and non-orphans, the scientists found that young orphans were highly stressed; however, those who had lost their mothers for more than two years or who were adults at the time of the study were no more stressed than other chimpanzees whose mothers were still alive. This means that they do not suffer from chronic stress, unlike in humans, where children whose mothers die when they are very young are subject to chronic stress throughout their lives. According to the research team, chimpanzees often adopt young orphans, which could be one of several explanations why the stress of maternal loss does not persist. Since stress alone cannot explain the differences between orphans and non-orphans, the researchers now want to look at chimpanzee mothers to see whether they contribute to these differences, for example whether mothers offer protection to offspring that is not available to orphans. The results of this work were published in eLife on 16 June 2021.