Organic farming could feed Europe by 2050 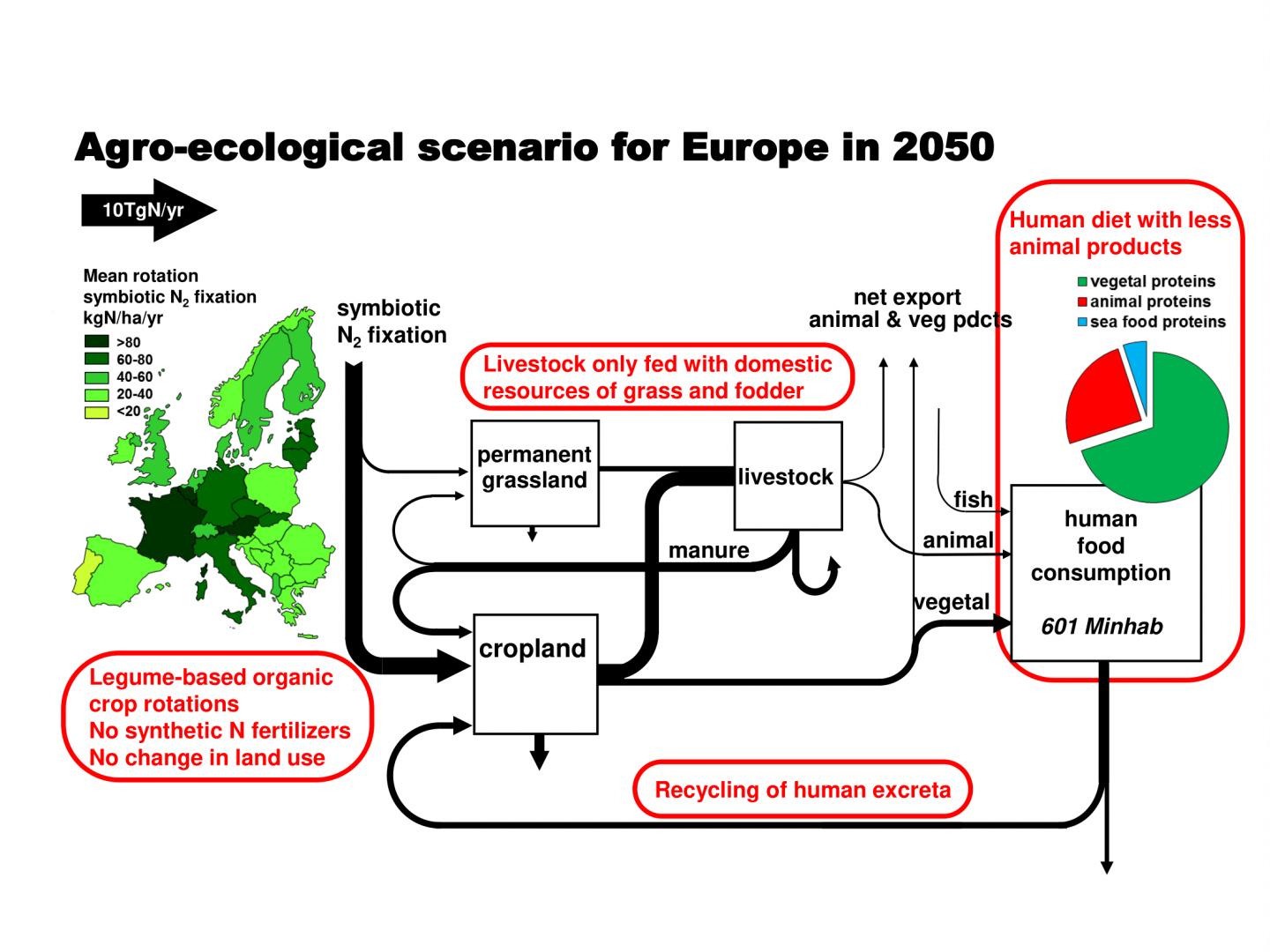 Food has become one of the major challenges of the 21st century. According to a study carried out by CNRS scientists1, an organic, sustainable, biodiversity-friendly agro-food system, could be implemented in Europe and would allow a balanced coexistence between agriculture and the environment. The scenario proposed is based on three levers. The first would involve a change in diet, with less consumption of animal products, making it possible to limit intensive livestock farming and eliminate feed imports. The second lever would require the application of the principles of agroecology, with the generalization of long, diversified crop rotation systems2 incorporating nitrogen-fixing legumes, making it possible to do without synthetic nitrogen fertilizers and pesticides. The final lever would consist in bringing together crops and livestock, which are often disconnected and concentrated in ultra-specialized regions. This would allow optimal recycling of manure. According to this scenario, it would in this way be possible to reinforce Europe’s autonomy, feed the predicted population in 2050, continue to export cereals to countries which need them for human consumption, and above all substantially reduce water pollution and greenhouse gas emissions from agriculture. This study was published in One Earth on June 18, 2021.

2 – Crop rotation is the planting of different crops sequentially on the same plot of land over time. It involves changing the type of crop grown from year to year in order to maintain the soil and preserve it naturally.