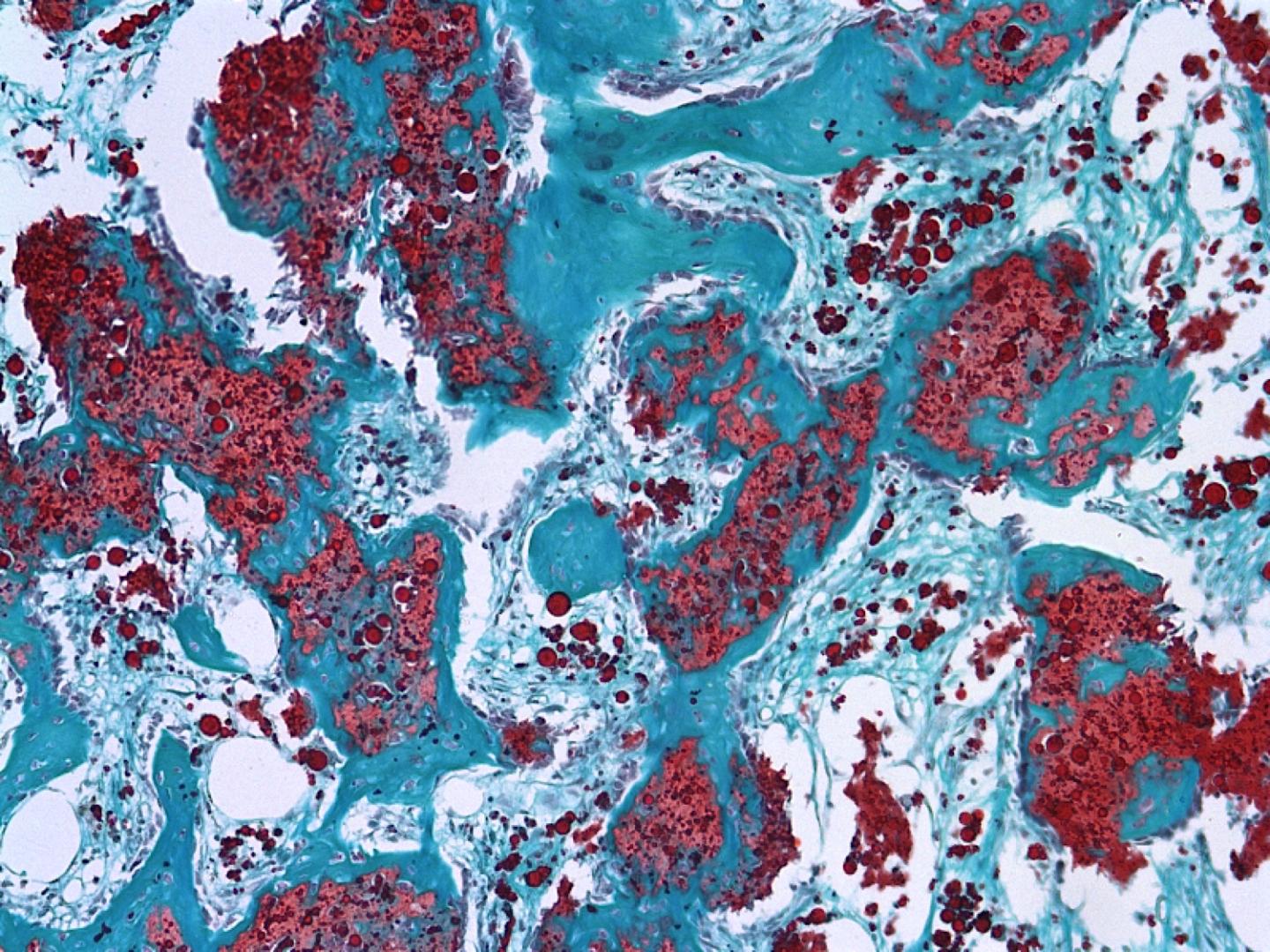 EUGENE, Ore. – Researchers are moving closer to a new approach for improving spinal fusion procedures and repairing broken or defective bones that avoids an over-production of bone that commonly occurs in current treatments.

A six-member research team – led by Marian H. Hettiaratchi, a bioengineer in the Phil and Penny Knight Campus for Accelerating Scientific Impact at the University of Oregon – described the approach in a paper published Jan. 3 issue of the online journal Science Advances.

Hettiaratchi began exploring the use of heparin microparticles to deliver BMP as a possible way to stop abnormal bone growth more than five years ago while a doctoral student at the Georgia Institute of Technology under the mentorship of co-authors Robert Guldberg and Todd McDevitt.

The traditional approach of using high doses of BMP alone has led to numerous complications in humans, including soft tissue inflammation and abnormal ossification.

For the new study, Hettiaratchi and colleagues fed their earlier results from experiments done in both rats and test tubes into computer simulations to explore ways to adjust their heparin-based approach in animal testing with levels of BMP comparable to dosages required in human bone-repair procedures.

“We focused on using doses that were more clinically relevant. In humans, the typical treatment uses 0.1 to 0.2 milligrams of BMP per kilogram of body weight, so we used the same amount in the rats,” Hettiaratchi said. “Most research done in rats uses 10 times less BMP to repair bone, which isn’t comparable to what’s done in humans and doesn’t exhibit the side effects of a clinical BMP dose.”

The heparin and BMP, mixed in an alginate hydrogel, were injected into a nanofiber mesh tube – created in Guldberg’s lab to isolate a repair area and unveiled in Biosciences in 2011 – already inserted into femoral defects in the rats. Human medical practices have relied on high doses of BMP injected into a collagen sponge, which leads to abnormal ossification in surrounding soft tissue as BMP rapidly escapes the sponge.

The findings represent a proof-of-concept for fine-tuning the approach rather than a route into clinical testing in humans, Hettiaratchi said. The eventual goal, she said, is to create synthetic heparin-like microparticles that achieve the same results while avoiding potential side effects of heparin.

“The problem with healing large bone defects clinically is that the BMP delivered using collagen sponges results in abnormal bone formation because the drug doesn’t stay on the material,” Hettiaratchi said. “Our new material retains much more of the BMP, keeping it localized. You don’t get bone formation outside the targeted area.”

Hettiaratchi joined the UO after completing a postdoctoral fellowship at the University of Toronto. Guldberg joined the UO’s Knight Campus as executive director in August 2018. McDevitt is now in San Francisco, affiliated with the Gladstone Institute of Cardiovascular Disease and the University of California.

At Toronto, Hettiaratchi began pursuing the development of a synthetic material to localize protein delivery that would avoid potential side effects from heparin, a widely used anticoagulant that prevents blood clots. None of heparin’s long list of known side effects has been seen in the rats, she noted. Another potential problem is that heparin’s numerous sulfate groups might bind to other proteins not related to bone repair.

Ideally, she said, a synthetic heparin-like drug could be engineered to only bind to BMP. Such work will be the initial focus in her UO lab, which will open in early 2020.

Co-authors with Hettiaratchi, Guldberg and McDevitt on Science Advances paper were: Laxminarayanan Krishnan, Tel Rouse and Catherine Chou, all of Georgia Tech’s Parker H. Petit Institute for Bioengineering and Bioscience.

The National Institutes of Health and Armed Forces Institute of Regenerative Medicine supported the project.

Note: The UO is equipped with an on-campus television studio with a point-of-origin Vyvx connection, which provides broadcast-quality video to networks worldwide via fiber optic network. There also is video access to satellite uplink and audio access to an ISDN codec for broadcast-quality radio interviews.