When the early diagnose is mistaken 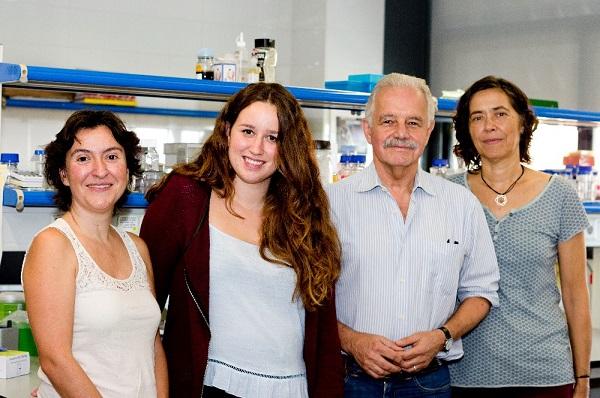 Opitz C syndrome (OCS), an ultra-rare disease that causes serious physical and intellectual disabilities, has an heterogeneous genetic base that makes its medical diagnostic and therapeutic intervention difficult, according to a new study by professors Daniel Grinberg, Susanna Balcells and Roser Urreizti, from the Group on Human Molecular Genetics of the of the Faculty of Biology of the University of Barcelona and the Rare Diseases Networking Biomedical Research Centre (CIBERER).

The new study, published in the journal Expert Opinion on Orphan Drugs, concludes this severe and extremely rare disease could be considered a “private syndrome” for each patient.

However, despite sharing several clinical manifestations, “this disease does not show a genetic base shared by the affected people, and its hereditary transmission model is still unknown”, note the authors, also members of the Institute of Biomedicine of the University of Barcelona (IBUB) and the Research Institute Sant Joan de Déu (IRSJD).

Since 2007, several genes have been related to this pathology, which is hard to diagnose due its wide clinical pattern (for instance, ASXL1, CD96, ASXL3 and MAGEL2). In this context, research lines of the Group on Human Molecular Genetics (UB-CIBERER-HSJD) -in which Raquel Rabionet and Laura Castilla take part too- are broadening the knowledge of the genetic basis of this pathology which so far does not have any chance of receiving treatment, prenatal diagnosis nor genetic counselling.

“In these ultra-rare diseases, the application of new massive sequencing technologies is a determining factor regarding the molecular diagnosis for patients and therefore, to progress in the exploration of therapeutic applications”, comment the authors.

Opitz C: when the early diagnose is mistaken

In some cases, affected patients can receive an early diagnose -incomplete and too general- that makes any therapeutic intervention difficult. This is the case of a recent research study in which the Group on Human Molecular Genetics participated, and found two mutations in the PIGT gen in a patient who had initially been diagnosed Opitz C syndrome.

This study could profile a precise molecular diagnose of the causes of the real pathology -with a few cases gathered in the scientific bibliography- affecting the patient, considered as Opitz C at the beginning. The study, published in the journal Medicine, has been carried out in collaboration with experts from the Center for Clinical Genetics and the University of New South Wales (Australia), among other institutions.

From Malta to Yemen: genes, families and ultra-rare diseases

The international scientific collaboration has been determining in the genetic diagnosis of other cases with severe affectations in the neuro-development that had been considered to be Opitz C syndrome. In particular, the UB team has participated in the identification of new genetic mutations associated with DPH1 syndrome -a minority disease with a low prevalence among population- in patients of two different families from Malta and Yemen.

The study, published in the journal European Journal of Human Genetics, analyzed the effect of the new mutations in the DPH1 gene that were identified in these patients and the ones that were previously mentioned in the scientific bibliography. Through the application of a biochemical trial and a computational model of the DPH1 protein and its variants, they could evaluate the enzymatic ability of the natural and mutated ways of this proteins, related to the embryogenesis and organogenesis procedures. Other collaborators in this study are the members of the teams led by Professor Bryn D. Webb, from the Icahn School of Medicine at Mount Sinai (New York), and the experts Guillem Plasencia (Lead Molecular Design, Sant Cugat del Vallès), and Ulrich Brinkmann (Innovation Center Roche, Germany).

In this scenario of scientific challenges to improve the molecular diagnose on biomedicine, “the possibility to conduct family analysis with whole-exome sequencing (WES), together with international collaboration, are essential to promote the knowledge of rare neuro-developmental diseases”, note the experts of the Group on Human Molecular Genetics (UB-IBUB-CIBERER-IRSJD).

The rise of machine learning

The future of ‘extremely’ energy-efficient circuits