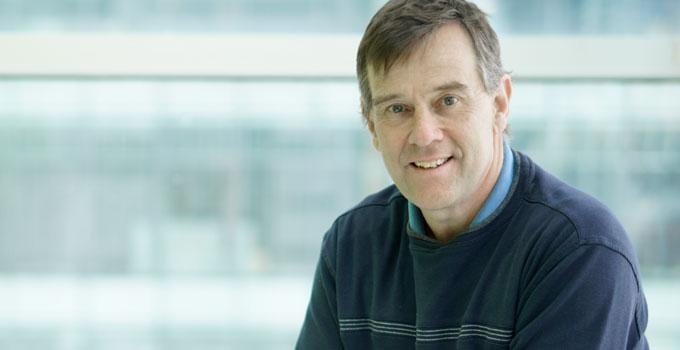 Parkinson’s disease and Amyotrophic Lateral Sclerosis are the newest frontiers for open science drug discovery, a global movement led by academic scientists in Toronto that puts knowledge sharing and medication affordability ahead of patents and profits.

Medicines 4 Neurodegenerative Diseases (M4ND Pharma) will pursue promising new genetic drug targets for these intractable nervous system disorders, thanks to $1.5 million from the Krembil Foundation. It will be the world’s second drug discovery company committed to open science after Medicines 4 Kids (M4K Pharma), which launched in 2017 to develop a novel drug for an uncommon but fatal childhood brain cancer.

Open science is a way for researchers to share their data and knowledge quickly and publicly, unencumbered by patents and the peer review publishing process, with the aim of speeding up scientific discovery. The movement gathered force in the life sciences in the 1990s with the Human Genome Project, and spread to protein structures and then early-stage drug discovery through the Structural Genomics Consortium (SGC).

The non-profit SGC has generated considerable private and public investment and several spin-out companies, but there remains a gap in late-stage drug development.

“When we started M4K, many people thought an open approach to late-stage drug development might only be applicable to rare or neglected diseases, if at all,” says Aled Edwards, a professor of molecular genetics at the University of Toronto and CEO of the SGC. “But we’re getting unexpected funding and scientific contributions from industry, academic and clinical sources, and slowly but surely we’re advancing a medicine through the pipeline. It’s time to move the goal posts again on what’s possible with open science.”

Like M4K, M4ND will not seek patents on its findings. It will instead rely on regulatory protections available in several countries, including data exclusivity for drug sponsors to prevent generic competition, and orphan drug exclusivity for rare diseases. These and other existing protections, says Edwards, are likely sufficient to attract commercial partners willing to manufacture, distribute and sell medications at reasonable prices.

Also like M4K, M4ND will be owned by the Agora Open Science Trust, a Canadian charity that supports open science for the public good. M4ND will donate any proceeds generated through commercial partnerships back to the charity.

The researchers will share their progress with the scientific community through regular online meetings, open to all and posted on YouTube. They will also make data available, for example through the SGC’s open lab notebooks initiative.

“Every player in the system appreciates the idea of affordable medicines faster, but it’s been incredibly challenging to make it happen because the system is complicated,” says Edwards. “The key was to invent a different business model, and we’re extraordinarily happy that industry, academia and others have been delighted to contribute.”

Dr. Edwards will present on open drug discovery at the annual American Association for the Advancement of Science meeting at 2:30 p.m. on February 16, 2019, Marriott Wardman Park – Maryland Suite, in Washington, D.C.

About the Structural Genomics Consortium

The SGC is a pre-competitive public-private partnership that accelerates research in human biology and drug discovery by making all of its research output freely available to the scientific community. To achieve its mission, the organization is building an open and collaborative network of scientists. The SGC has active research facilities at seven leading academic institutions across the globe (Toronto and Montreal-Canada, Oxford-UK, UNICAMP-Brazil, Karolinska-Sweden, UNC Chapel Hill-USA and Frankfurt-Germany), and SGC scientists collaborate with more than 300 researchers in academia and industry. The SGC is a registered charity (number 1097737) that receives funds from AbbVie, Bayer Pharma AG, Boehringer Ingelheim, Canada Foundation for Innovation, Eshelman Institute for Innovation, Genome Canada, Innovative Medicines Initiative (EU/EFPIA), Janssen, MSD, Merck KGaA, Novartis Pharma AG, Ontario Ministry of Economic Development and Innovation, Pfizer, São Paulo Research Foundation-FAPESP, Takeda, and Wellcome Trust. For more information, visit http://www.thesgc.org.

About the University of Toronto

The University of Toronto has one of the strongest research and teaching faculties in North America, presenting students at all levels with an intellectual environment unmatched in breadth and depth on any other Canadian campus. U of T faculty co-author more research articles than their colleagues at any university in the U.S. or Canada other than Harvard. As a measure of impact, U of T consistently ranks alongside the top five U.S. universities whose discoveries are most often cited by other researchers around the world. Faculty at U of T are also widely recognized for their teaching strengths and commitment to graduate supervision. Established in 1827, U of T today operates in downtown Toronto, Mississauga and Scarborough, as well as in nine academic hospitals. http://www.utoronto.ca.

M4K Pharma is an open science drug discovery and development company dedicated to finding affordable new medicines for children’s orphan diseases. Through its Medicines4Kids program, M4K is developing a treatment for diffuse intrinsic pontine gliomas (DIPG), a rare and fatal pediatric brain cancer with no curative therapies. M4K partners with academics, foundations and industry groups for its drug discovery and drug development programs and uses open science principles of data sharing to encourage research collaborations and reduce costs. M4K is based out of Toronto, Canada. For more info: http://www.m4kpharma.com, and watch M4K’s monthly project meetings at: https://m4kpharma.com/category/m4k-monthly-scientific-meeting/

The Krembil Foundation is a private family foundation based out of Toronto, Ontario. The Foundation was established in 2000 with an initial focus on neuroscience research, but our current interests have expanded to the areas of neurodegeneration, the immune system, and arthritis. The goal of the Krembil Foundation is to accelerate research, expand knowledge and ultimately impact lives through discoveries that will lead to scientific advancements in medicine. For more information visit our website krembilfoundation.ca and follow us on twitter @KrembilF.

Return of the wolves: How deer escape tactics help save their lives