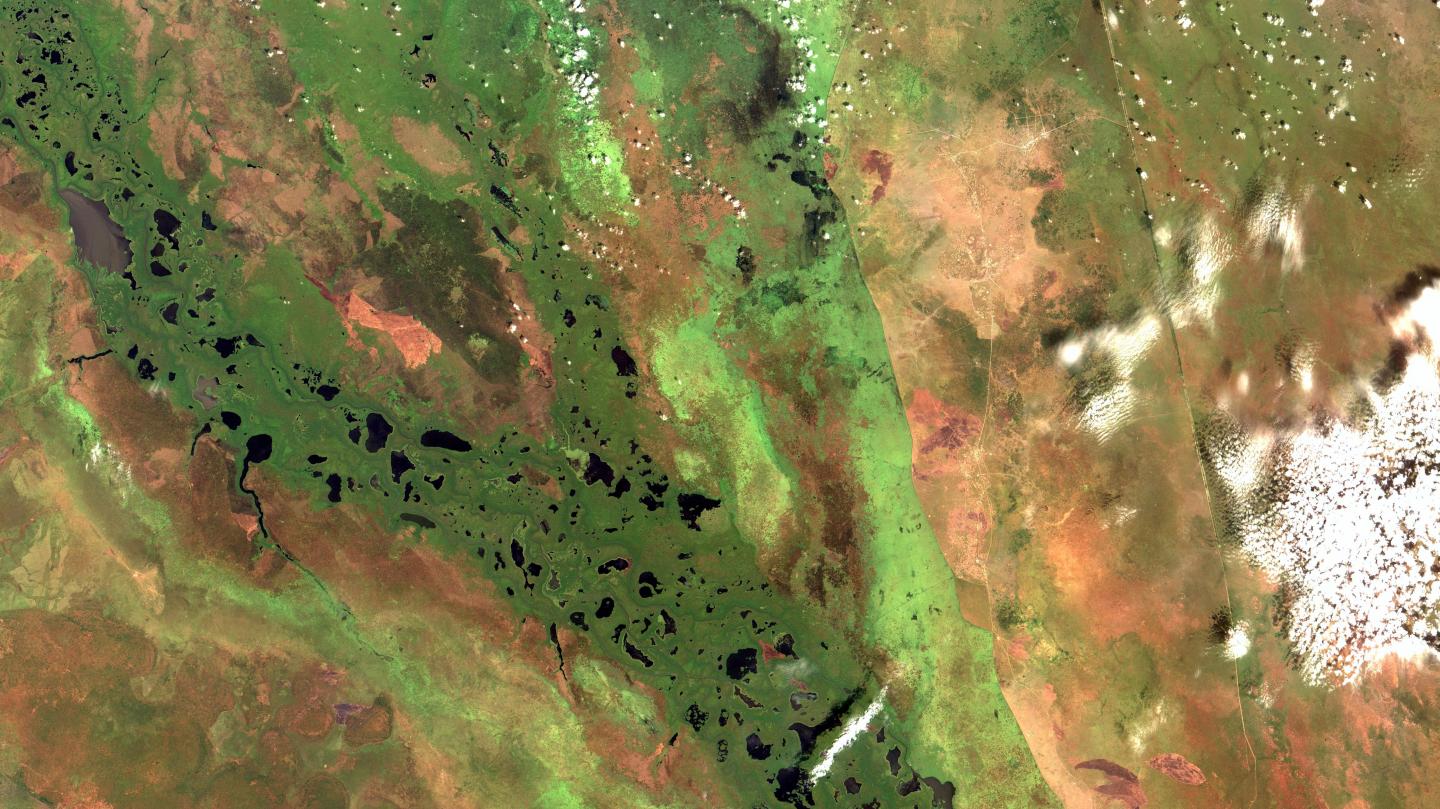 Concentrations of methane, a greenhouse gas about 28 times more potent than carbon dioxide, have risen steadily in Earth’s atmosphere since 2007. Although several potential explanations, including an increase in methane emissions from the tropics, could account for this upsurge, due to a lack of regional data scientists have been unable to pinpoint the source. Now a study published in the European Geosciences Union (EGU) journal Atmospheric Chemistry and Physics uses satellite data to determine that one-third of the global increase originates in Africa’s tropics.

“One of the suggestions for the continued rise in atmospheric methane, based on ground-based data, is that tropical sources have increased,” says Mark Lunt, an atmospheric scientist at the University of Edinburgh and lead author of the study. He and his co-authors used data retrieved from GOSAT, the Japanese Greenhouse gases Observing Satellite, to examine annual–and even seasonal–trends in Africa between the latitudes of 26° N and 26° S.

“There are very few studies that have focused in detail on Africa, primarily because there isn’t much atmospheric methane data from there,” says Lunt. “Using satellite data gives a unique perspective on the continent that wouldn’t otherwise be available.”

Previous studies that have included African methane emission estimates have utilised global models, which are run at relatively coarse resolutions and resolve emission changes at continental scales. By instead focusing exclusively on sub-Saharan Africa, Lunt and his co-authors were able to run a regional model at a much higher resolution than would be feasible with a global version. This difference allowed the researchers to focus on changes in individual countries–a level of detail that could not previously be achieved.

The results indicate that about a third of the global atmospheric methane increase observed between 2010-2016 originates in Africa’s tropics. Most of this came from East Africa, including a pronounced, short-term boost in emissions from the Sudd, one of the world’s largest wetlands, in South Sudan.

“Our research highlights the importance of Africa, and even individual wetlands, in terms of their contributions to the global methane budget,” says Lunt. But, he says, it’s also important to note that the study period only dates back to 2010, the year GOSAT came online. “Based on this work, we cannot say anything about what started the rise in 2007,” says Lunt. The team also cannot yet account for the source of additional increases in methane emissions they observed in East Africa. “Agriculture or other wetlands are likely suspects,” says Lunt, “but we need more evidence to prove this.”

According to Lunt, the findings could be used to improve wetland models, inform where intensive field campaigns should take place to identify the underlying causes of tropical methane emissions, and ultimately help us understand Earth’s future climate. “In order to understand how methane might change in the future, it is essential that we can adequately explain changes in the present and recent past,” says Lunt. “Studies such as this can help narrow down the list of possible explanations, and hopefully improve our predictive capabilities for the future.”

Please mention the name of the publication (Atmospheric Chemistry and Physics) if reporting on this story and, if reporting online, include a link to the paper or to the journal website (https://www.atmospheric-chemistry-and-physics.net/).

Water common — yet scarce — in exoplanets