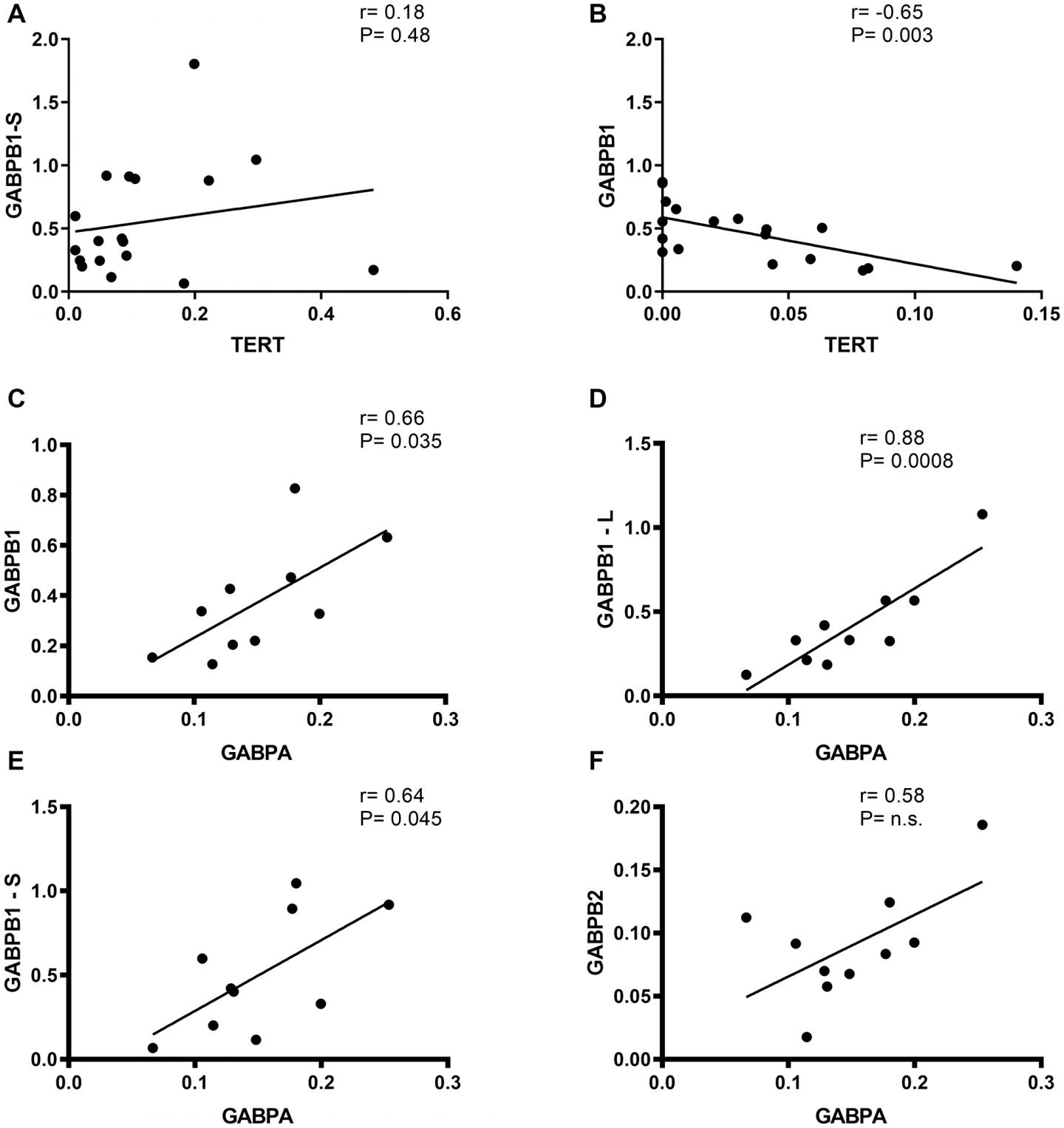 Oncotarget published “TERT and its binding protein: overexpression of GABPA/B in high grade gliomas” which reported that all GA-binding proteins progress through the glioma grades and have the highest expression levels in secondary glioblastomas.

In secondary glioblastomas after chemotherapy, GABPB1 and GABPB1-L are expressed on a lower level than without treatment.

This Oncotarget study confirms the upregulation of TERT in primary glioblastomas while all GABP proteins rise with the malignancy of the gliomas.

This Oncotarget study confirms the upregulation of TERT in primary glioblastomas while all GABP proteins rise with the malignancy of the gliomas.

Dr. Marco Timmer from The University of Cologne said, “Gliomas are the most common primary tumors of the central nervous system (CNS)“

These two point mutations occur frequently in tumor cells that do not need a continual regeneration such as melanomas and gliomas.

Among the gliomas, 83% of the primary glioblastomas harbor those hotspot mutations with a different distribution between C228T and C250T while in lower glioma grades they seem to be rare.

Consequently, in this study the authors investigated the mRNA expression level of TERT and all GABPA/B isoforms and their correlation and interplay in the grade II, grade III gliomas as well as in the primary and secondary glioblastomas to understand their role in the gliomagenesis.

The Timmer Research Team concluded in their Oncotarget Research Output that the two somatic mutations in the promoter region of TERT create a de novo binding motif for GABP .

The proof, that GABP is recruited to the hotspot mutations of the promoter, thus reactivating and inducing TERT expression in glioblastoma cell lines, gave a significant role to GABP as an transcription regulator in a TERT dependent manner and provides evidence of specific cancer interaction in the promoter core which may lead to limitless replication.

Secondary GBMs seem to have more than 80% of IDH1 mutations indicating the progression from diffuse gliomas and primary GBMs harbor fewer than 5% of IDH1 missense mutations and are identified as de novo tumors.

This research group is the first to present an upregulation of all GABP components in the different glioma grades and GABPA, -B1, -B1-L, -B1-S are gradually expressed during malignancy progression from lower to higher grade while the most expression is observed in the sec.

The authors proved that the B1L isoform is the main regulator of TERT expression in promoter mutated glioblastomas and there is a positive association between TERT and B1L mRNA expression, unlike our correlation results.

Oncotarget is a bi-weekly, peer-reviewed, open access biomedical journal covering research on all aspects of oncology.

To learn more about Oncotarget, please visit https://www.oncotarget.com or connect with: