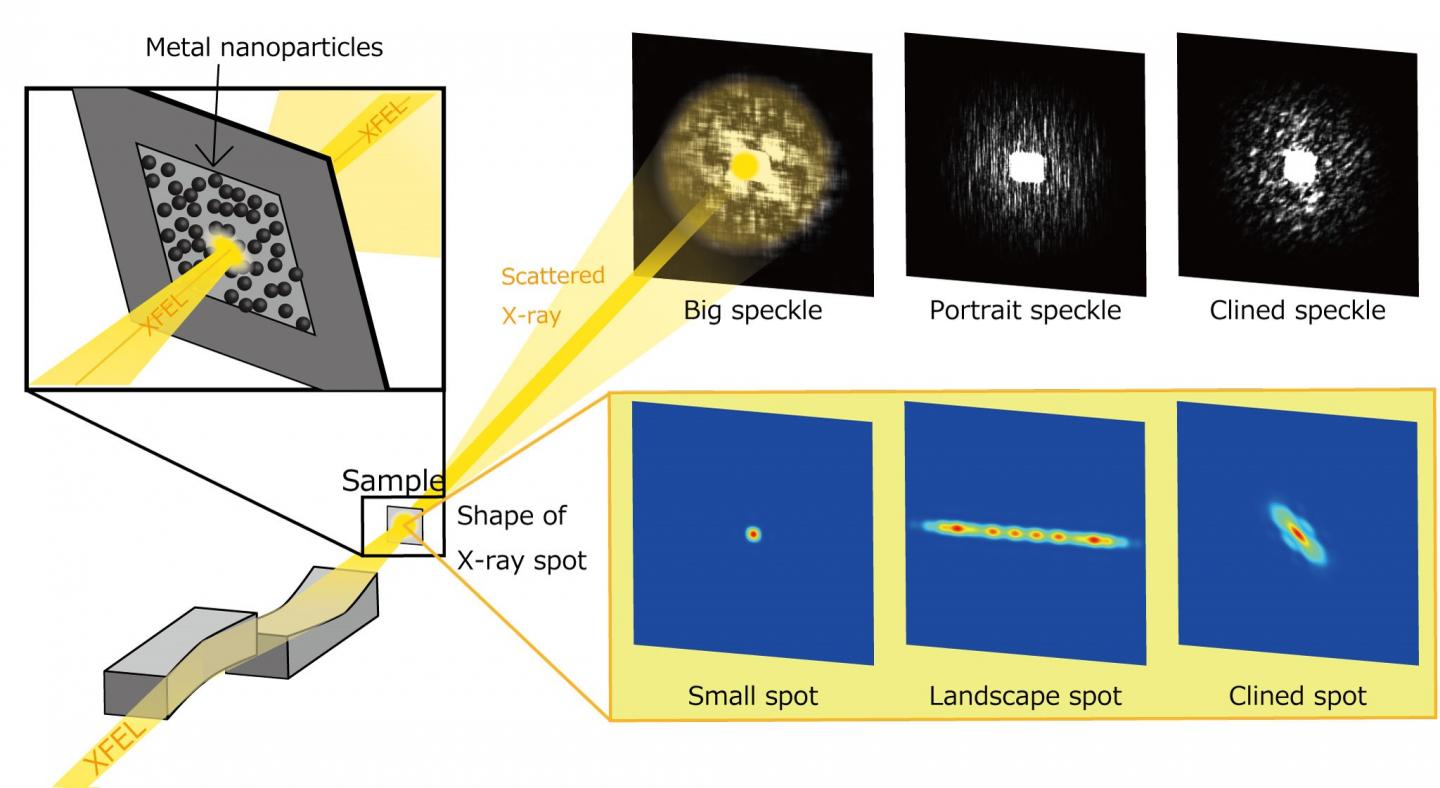 Osaka, Japan – Imagine taking movies of the fastest chemical processes, or imaging atomic-scale detail of single virus particles without damaging them. Researchers from Japan have advanced the state-of-the-art in such endeavors, by enhancing the utility of a special X-ray laser for nanometer-scale measurements.

In a study recently published in Journal of Synchrotron Radiation, researchers from Osaka University, in collaboration with RIKEN and Japan Synchrotron Radiation Research Institute (JASRI), have reduced the beam diameter in an X-ray free-electron laser to 6 nanometers in width. This considerably improves the utility of these lasers for imaging structures closer to the atomic level than possible in prior work.

To “see” extremely small and otherwise invisible objects, and observe ultrafast chemical processes, researchers commonly use synchrotron X-ray facilities. X-ray free-electron lasers are an alternative that can–in principle–image atomic-scale detail of, for example, a virus particle, on the timescale of an electron transition, without damaging the particle. To do this, you need an incredibly bright X-ray laser that focuses extremely fast laser pulses on the nanometer scale.

“Using multilayer focusing mirrors, we narrowed the width of our laser beam down to a diameter of 6 nanometers,” says lead author of the study Takato Inoue. “This is not quite the diameter of a typical atom, but we’re making good progress.”

Until now, it has been difficult to focus X-ray free-electron lasers to such small diameters. That’s because of challenges in fabricating the required mirrors, and confirming the focused size of the lasers. The researcher team addressed the focusing problem by analyzing the shape of the laser’s interference patterns, known as speckle profiles.

Because the laser beam diameter can be so precisely measured, further advancements are now feasible. For example, by using atoms for the scattering analysis, X-ray free-electron laser measurements can be improved to a 1-nanometer focus.

The researchers anticipate that extremely high-intensity lasers, over a million trillion times brighter than the Sun, will now be useful for imaging ultrafast molecular processes–at atomic-scale detail–that are beyond the capabilities of the most advanced synchrotrons. With such technology, protein molecules and other small important biological entities can be imaged without damaging them under the strategy of “diffraction before destruction,” by using a single laser pulse.

The article, “Generation of an X-ray nanobeam of a free-electron laser using reflective optics with speckle interferometry,” was published in Journal of Synchrotron Radiation at DOI: https://doi.org/10.1107/S1600577520006980