The development of offshore wind energy is expanding globally, with the potential to be an important source of clean renewable energy. Yet offshore wind farms pose significant risks to seabirds and other marine wildlife. 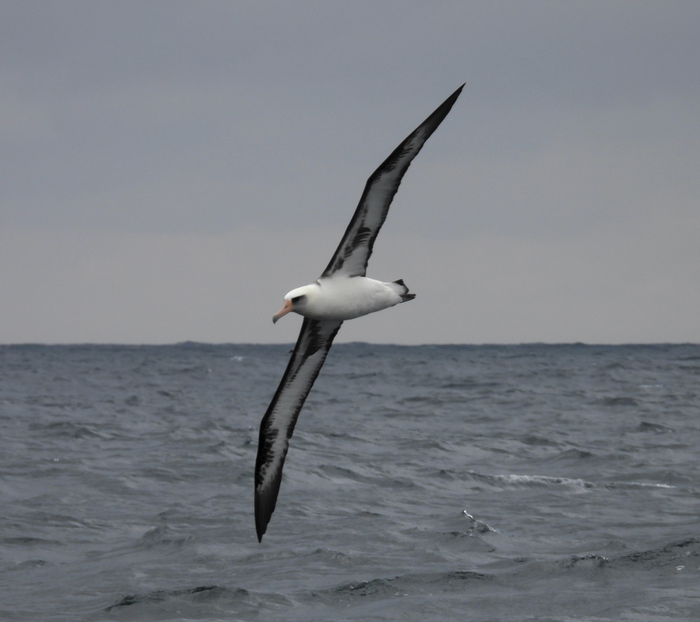 The development of offshore wind energy is expanding globally, with the potential to be an important source of clean renewable energy. Yet offshore wind farms pose significant risks to seabirds and other marine wildlife.

A new study led by scientists at UC Santa Cruz outlines a framework for addressing the impacts of offshore wind farms on marine bird populations and highlights conservation strategies that could potentially more than offset those impacts.

“We all want wind energy, but we also want to make sure it can be sustainably produced,” said lead author Donald Croll, professor of ecology and evolutionary biology at UC Santa Cruz.

Coauthor Aspen Ellis, a doctoral student in Croll’s Conservation Action Lab, explained that funding from offshore wind energy development can be used to reduce other threats to seabird populations. This can be effective with seabirds because studies have shown significant increases in their populations after interventions such as removing invasive species from nesting sites.

“This is a case where we have the data and the knowledge to make it work,” Ellis said. “Seabirds breed in colonies, so their populations are concentrated there during the breeding season and conservation strategies can have a big impact. We have a suite of proven tools to increase seabird population sizes, as well as established methods that can predict the population-level impact of these different tools on each seabird species.”

Seabirds are already the most highly threatened group of birds. The potential impacts of offshore wind farms include displacement of birds from areas where they forage for food and direct mortality from collisions with the blades of wind turbines. Both displacement and mortality can have detrimental effects on the overall population of an affected species.

Croll and Ellis worked with an international team of experts on seabirds and wind energy to study these issues and how to address them. They came up with a comprehensive framework, published November 10 in Biological Conservation, for assessing and mitigating the impacts of offshore wind farms on marine birds.

While the impacts of land-based wind turbines on eagles and other raptors have been well documented, assessing the impact of offshore facilities on seabirds is more challenging.

“On land you can find carcasses under the turbines, but in the ocean they just disappear,” Croll said.

“We’ve been studying these species for years, so we have a fair amount of information from surveys and tracking studies about what species are out there and where they go,” Croll said. “We’ve also been developing population models that can be used to assess the impacts on seabird populations.”

The study outlined three steps for mitigating environmental impacts: avoid, minimize, and offset. While efforts can and should be made to avoid and reduce the impacts of wind energy development on marine birds as much as possible, the researchers concluded that eliminating impacts is impossible with avoidance and minimization approaches alone.

Offsetting the impacts (also called “compensatory mitigation”) offers the potential for wind energy development to have a net positive effect on seabird populations.

“It doesn’t have to be a choice between addressing climate change or protecting wildlife—it could be a win-win for both. That’s what we’re trying to do here,” Ellis said.

In addition to eliminating invasive species from islands where seabirds breed, researchers have also had success moving seabirds from existing colonies to other sites, either to establish new breeding colonies or to restore colonies that were extirpated in the past. Mitigation funding could also be used to implement strategies for reducing seabird bycatch in fisheries.

The study presents a broad framework that can be applied globally for assessing and mitigating the impacts of offshore wind energy development. Extensive offshore wind farms have been developed in Europe and the United Kingdom. In the United States, offshore wind energy is starting to grow on the East Coast, but until recently it has not been feasible on the West Coast, where the continental shelf drops off quickly into deep water.

With the development of technologies for floating wind turbines, however, there is increasing interest on the West Coast. The Bureau of Ocean Energy Management (BOEM) has identified two areas on California’s coast for wind energy leases, one on the North Coast near Humboldt County and the other on the Central Coast near Morro Bay.

Ellis is currently applying the approach outlined in the study to evaluate potential wind energy developments on the West Coast, with support from NOAA’s Office of National Marine Sanctuaries through a 2022 Nancy Foster Scholarship.

This research was supported by BOEM through a grant to the National Center for Ecological Analysis and Synthesis (NCEAS) at UC Santa Barbara.