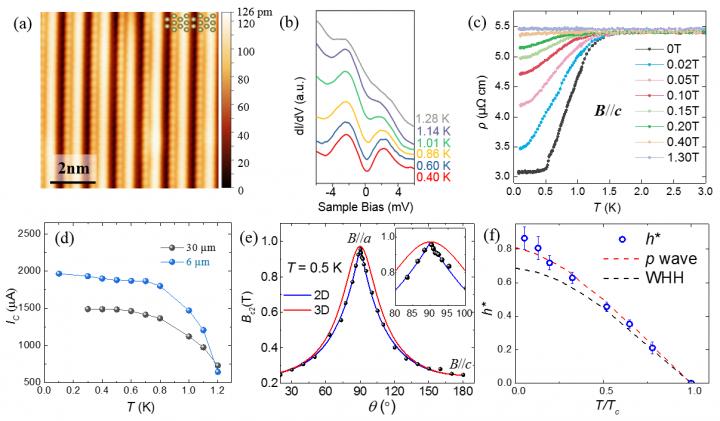 The noncentrosymmetric orthorhombic TaIrTe4, has been considered as a time-reversal invariant Weyl semimetal with the minimal 4 Weyl points. Recently, Prof. Jian Wang and Xiong-Jun Liu at Peking University in collaboration with Minghu Pan at Huazhong University of Science and Technology and others reported the experimental evidences for the unconventional superconductivity generated by the surface states in TaIrTe4 from both scanning tunneling microscopy/ spectroscopy (STM/STS) and electrical transport measurements. They demonstrated the superconductivity of TaIrTe4 by both the superconducting gap from STS and the consistent resistance drop from electrical transport. The thickness-independent of ultralow critical current and angular dependence of upper critical field (Bc2) indicate that the superconductivity occurs only in the surface states. Furthermore, the temperature dependence of Bc2 behavior, the in-plane angle-dependent critical field and the stability of the superconductivity against the magnetization together support the p-wave-like topological nature of the quasi-1D superconductivity.

This discovery of quasi-1D surface superconductivity in Weyl semimetals offers a novel platform for exploring topological superconductors and may contribute to the rapidly developing field of topological quantum computation.

CO2 mitigation on Earth and magnesium civilization on Mars

Better solutions for making hydrogen may lie just at the surface

Learning what makes the nucleus tick

Proposed seismic surveys in Arctic Refuge likely to cause lasting…

The road to cheaper electric vehicles