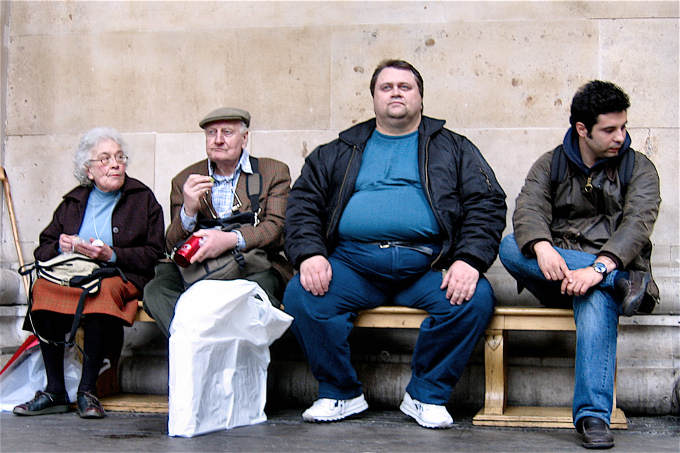 BOSTON — Obesity almost always increases cancer risk and worsens outcomes, but researchers led by scientists at Dana-Farber Cancer Institute report that overweight patients with advanced kidney cancer had significantly longer survival than those who were normal or underweight.

Having a high body mass index (BMI) is a well-established risk factor for clear cell renal cell carcinoma, the most common type of kidney cancer. (BMI is the ratio of weight in kilograms divided by the squared height in meters.)

Yet, paradoxically, the study published in the Journal of Clinical Oncology involving thousands of patients in four databases demonstrated that when overweight individuals developed kidney cancer – especially in its advanced, metastatic form – their disease progressed more slowly and they lived longer than their normal-weight counterparts.

In one cohort of nearly 2,000 patients, the median overall survival of patients with high BMI (overweight or obese) was 25.6 months compared to 17.1 months for patients with low BMI. The mortality rate for the overweight cancer patients was 16 percent less over the course of the study, which began in 2003.

The report’s authors, led by senior and corresponding author Toni K. Choueiri, MD, director of the Lank Center for Genitourinary Oncology at Dana-Farber, noted previous research showed that kidney cancer diagnosed in obese patients had less-dangerous pathological characteristics, and when treated with targeted therapies, these patients, even when their disease had spread, had better overall survival.

The International Metastatic Renal Cell Carcinoma Database Consortium (IMDC) provided records on 1,975 patients who had received targeted therapies. Their height and weight were recorded at the initiation of therapy. In a validation set, the scientists also analyzed pooled data on 4.657 patients treated for kidney cancer in clinical trials between 2003 and 2013.

Another dataset, from The Cancer Genome Atlas project, included clinical and genomic information on 324 kidney cancer patients. The fourth database included cancer tissue samples from 146 kidney cancer patients treated at Dana-Farber and other Harvard-affiliated hospitals. . Using these two databases, the investigators searched for molecular differences between the high- and low-BMI patients that might explain why kidney tumors in obese patients were less aggressive and responded better to treatment.

The TGCA analysis didn’t reveal any differences in the tumors’ DNA, such as gene mutations, that might account for the disparity. But when the scientists looked at gene expression – the rate at which genetic information was being used by the cell to make proteins – they spotted a difference. Expression of a gene called fatty acid synthase (FASN) was found to be decreased in patients with high BMI compared to normal weight patients. FASN is key enzyme in lipogenesis – cells’ production of fatty acids – and overexpression of FASN has previously been found in many types of cancer – so much so that FASN has been called a metabolic oncogene. FASN has been associated with poor prognosis in several types of cancer, including kidney cancer.

Since FASN expression was decreased, or “downregulated,” in overweight and obese kidney cancer patients, that could explain why these individuals fared better than those who were of normal weight and had increased FASN gene expression. Why FASN is downregulated in obese patients isn’t yet known, but the authors of the study say the results provide a rationale for experiments aimed at inhibiting FASN expression in kidney cancer patients – regardless of their BMI – in an effort to improve outcomes. FASN inhibitors, including some derived from natural products, have been in development for several years and are considered a promising approach to cancer treatment.

“We plan to test FASN inhibitors in an animal model as a possible therapy for kidney cancer,” said Choueiri.

The research was supported by the Dana-Farber/Harvard Cancer Center Kidney Cancer SPORE Grant No. P50 CA101942-01 and the Kidney Cancer Foundation.

From achieving the first remissions in childhood cancer with chemotherapy in 1948, to developing the very latest new therapies, Dana-Farber Cancer Institute is one of the world’s leading centers of cancer research and treatment. It is the only center ranked in the top 4 of U.S. News and World Report’s Best Hospitals for both adult and pediatric cancer care.

Dana-Farber is dedicated to a unique, 50/50 balance between cancer research and care, and much of the Institute’s work is dedicated to translating the results of its discovery into new treatments for patients locally and around the world.