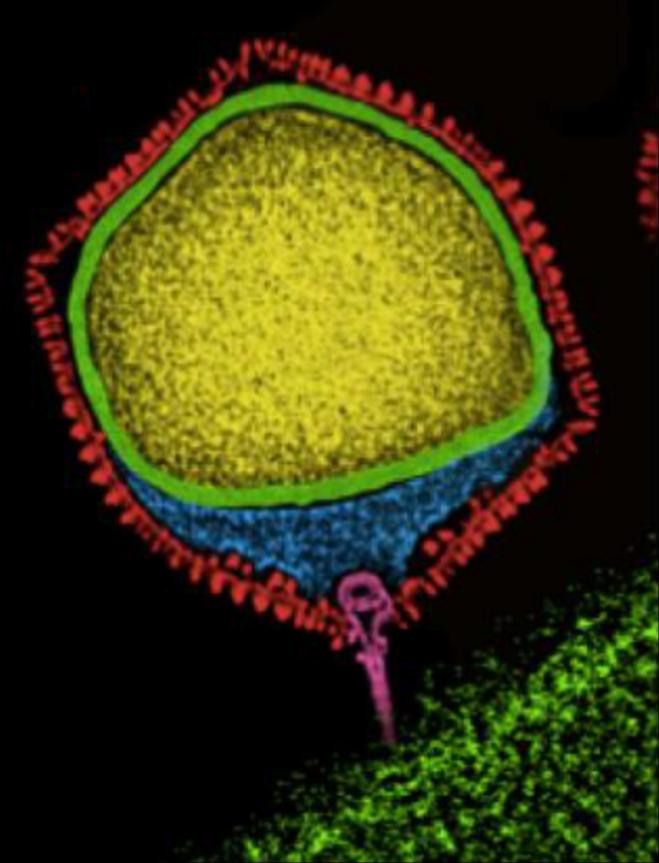 In the paper titled Large-scale genome sequencing reveals the driving forces of viruses in microalgal evolution , published in the journal Cell Host & Microbe, the researchers present the whole-genome sequencing of 107 different species of microalgae from a broad range of evolutionary groups. In addition to these newly-sequenced algal genomes, microalgal genomes from the National Center for Biotechnology Information (NCBI) were included to investigate genomic differences between microalgae from a more extensive variety of habitats, specifically salt-water (marine) and fresh-water. The comparison of genomes led to the conclusion that freshwater and marine species had fundamental differences in their nuclear and cellular membranes. Additionally, marine species contained significantly more viral-origin genes in their genomes.

The paper describes differences in marine and freshwater algae to better understand how organisms deal with salt-water. These results may help guide future bioengineering efforts to develop plant strains adapted to grow in salt-water, which is of local and regional food security interest. The discovery of viral families in marine algae species shows that many genes were shared between viruses and algae in the past, likely due to viral infections, and retained by the algae to help them deal with habitat-specific challenges. These findings provide new perspectives on the positive contributions that viruses can make to the evolution of organisms they infect.

“The discovery that genes containing mainly membrane and viral proteins were shared among marine microalgae from different lineages indicates their importance for the maintenance of membrane integrity in a saline environment,” said Salehi-Ashtiani. “This brand-new genomic information can guide the development of bio-saline agriculture in regions where the water has a high salinity.”

“Recent studies have shown that viruses frequently acquire host genes. Here, we show that the reverse has occurred repeatedly throughout algal evolution. Viruses appear to be a major driving force in microalgal evolution through widespread gene donation to diverse lineages,” said Nelson.

Salehi-Ashtiani and Nelson point out that the discoveries from the genomic sequencing of microalgae species have shown that environmental sources of viruses should be more seriously considered and evaluated to anticipate future potential public health crises.

NYU Abu Dhabi is the first comprehensive liberal arts and science campus in the Middle East to be operated abroad by a major American research university. NYU Abu Dhabi has integrated a highly-selective liberal arts, engineering, and science curriculum with a global advanced research and scholarship center, enabling its students to succeed in an increasingly interdependent world and advance cooperation and progress on humanity’s shared challenges. NYU Abu Dhabi’s high-achieving students have come from more than 115 nations and speak over 115 languages. Together, NYU’s campuses in New York, Abu Dhabi, and Shanghai form the backbone of a unique global university, giving faculty and students opportunities to experience varied learning environments and immersion in other cultures at one or more of the numerous study-abroad sites NYU maintains on six continents.