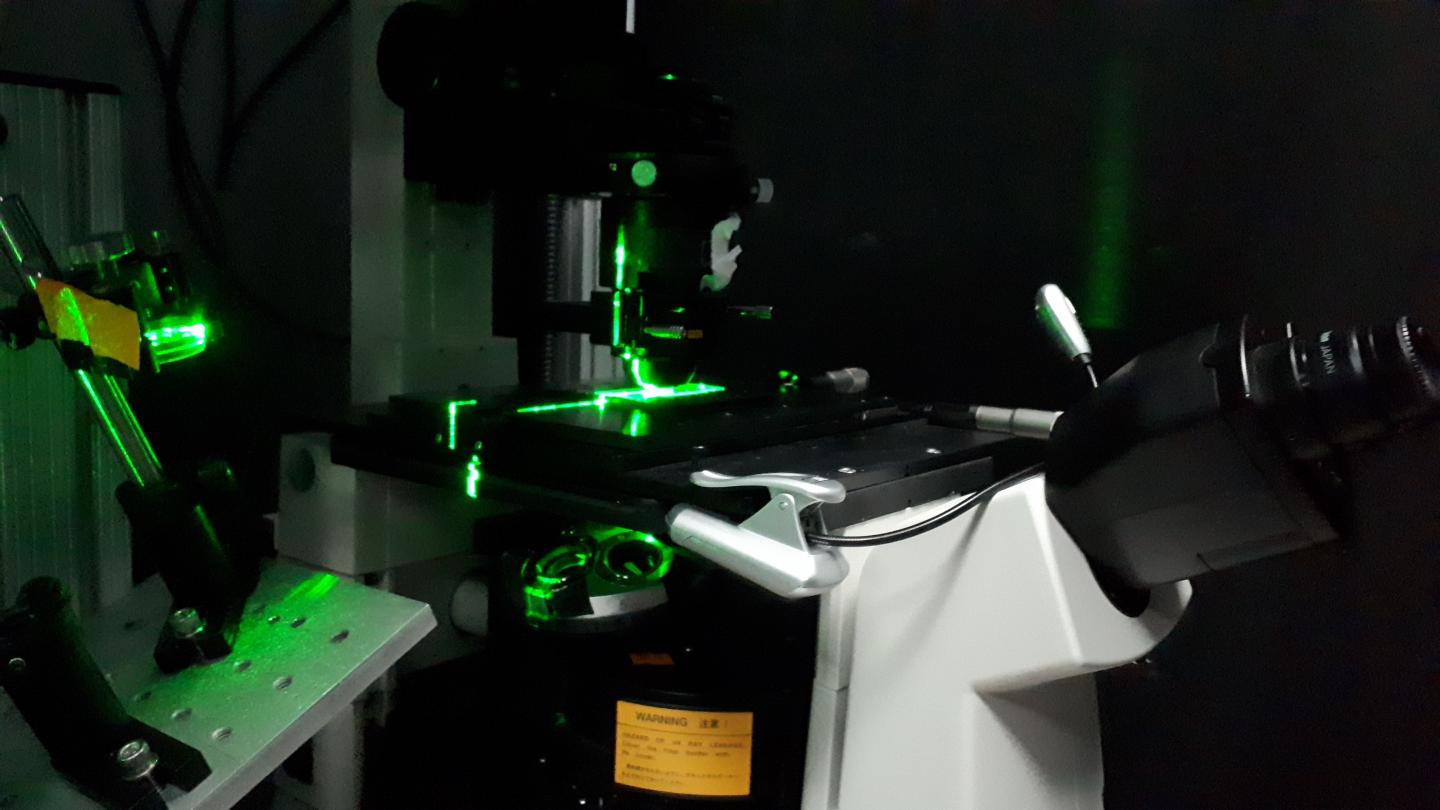 Abu Dhabi, UAE, July 6, 2020: As many diseases, including neurodegenerative diseases such as Alzheimer’s, have been linked to the defective functioning of motor proteins in cell transport systems, understanding the intricacies of how motor proteins work in their native crowded cell environments is essential to understanding what goes wrong when they function incorrectly. Molecular motors are specialized proteins that bind to a variety of organelles, referred to as cell cargo, and transport them along microtubule filaments (structural proteins commonly referred to as the highway of the cell). Motor proteins often work in groups, binding to one cargo and inching together along the filament’s path in the cell.

In the recent study Macromolecular crowding acts as a physical regular of intracellular transport, published in the journal Nature Physics, lead researcher and Assistant Professor of Physics at NYU Abu Dhabi George Shubeita and his team present the findings that in a native cell environment, which is crowded with a high concentration of macromolecules, the crowding significantly impacts the speed of groups of motor proteins, but not singular motor proteins. Motor proteins have been isolated from cells and studied in a laboratory setting, but this is the first time that cargo carried by motor proteins have been studied both in their native cell and in a setting that imitates the crowded cellular environment.

To simulate the crowded nature of cells, bovine serum albumin (a serum concentrated with proteins) was applied to glass slides, in addition to the kinesin motor proteins and microtubule filaments. Utilizing the laser light of optical tweezers to probe the movement of single motors and groups of motors, it was found that in more crowded environments, motors were more likely to fall off the filament when opposed. A group of motors would therefore be set-back each time a singular motor fell from the guideway. Even though groups of motors are shown to slow down in native cell environments, they are commonly used to carry cargo over long distances and overcome hindrances they face in a crowded cell by sharing the load, which singular motors cannot do.

“Our work highlights the balance that regulates the function of motors to achieve a robust transport system within the complex cell,” said Shubeita. “Transporting cargoes to where they are needed within the living cell is important for its survival. Molecular motors act as nano-machines that achieve this task with utmost precision, despite the extremely crowded inner works of the cell. By modeling the cell’s environment, we have unraveled the details about the behavior of motors in the human body which is essential to understand what goes wrong when motors seize to behave properly in disease.”