Findings revealed that chimpanzees and bonobos share the contrasting colour pattern seen in human eyes, which makes it easy for them to detect the direction of someone’s gaze from a distance 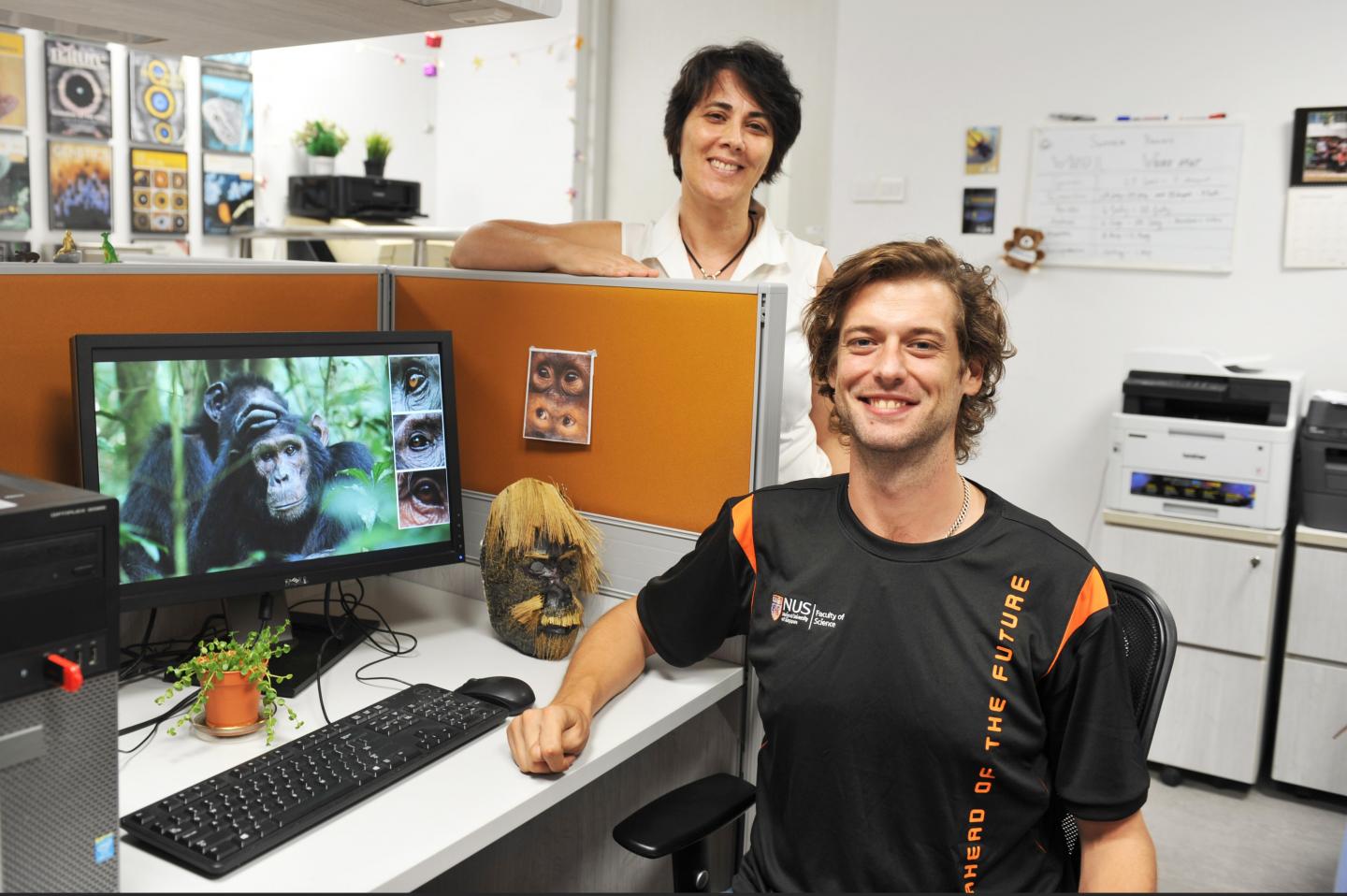 Studies have suggested that the contrast between the white of human eyes – known as the sclerae – and the colourful irises allows others to detect the direction of our gaze. The ability to detect gaze is important as many other human skills, such as social learning, seem to depend on this.

In contrast, as the sclerae of apes’ eyes is often darker than human eyes, researchers have long argued that their gaze is ‘cryptic’, or hidden. This means that nonhuman apes would not be able to see where other members of their species are looking.

Now, researchers from the National University of Singapore (NUS), together with collaborators from the University of St Andrews and Leiden University, have discovered that ape eyes possess the same pattern of colour differences as human beings. Doctoral student Mr Juan O. Perea-García and Associate Professor Antónia Monteiro from the Department of Biological Sciences at the NUS Faculty of Science suggest that this discovery may mean apes also follow each other’s gaze.

Their findings were published in Proceedings of the National Academy of Sciences of the United States of America (PNAS) on 3 September 2019.

The research team compared the darkness of the sclerae contrasted with irises of over 150 humans, bonobos and chimpanzees. The researchers found that bonobos, like humans, have paler sclerae and darker irises. Chimpanzees were found to have a different pattern – with very dark sclerae, and paler irises. Both of these colour patterns show the same type of contrast seen in human eyes, and could help other apes find out where they are looking.

“Humans are unique in many ways, as no other animal can communicate with similar intricate language or build tools of such complexity. Gaze following is an important component of many behaviours that are thought to be characteristically human, so our findings suggest that apes might also engage in these behaviours,” said Mr Perea-García.

Before humans had language, our ancestors might have used the gaze of those around them to help communicate dangers or other useful information. They might not have been able to say, “Look over there!”. However, a look in the direction of the predator might be sufficient, as long as it was possible to follow the direction of their gaze.

Apart from helping us understand how our ancestors communicated, this study suggests some interesting new research directions. These include questions pertaining to why human beings and bonobos evolve in a similar way, despite bonobos being more closely related to chimpanzees.

Albeit it exists: Unexpected new material has been quenched to ambient pressure