Known as “two-dimensional electrolytes”, these smart materials could potentially be used in many things from drug delivery to energy storage 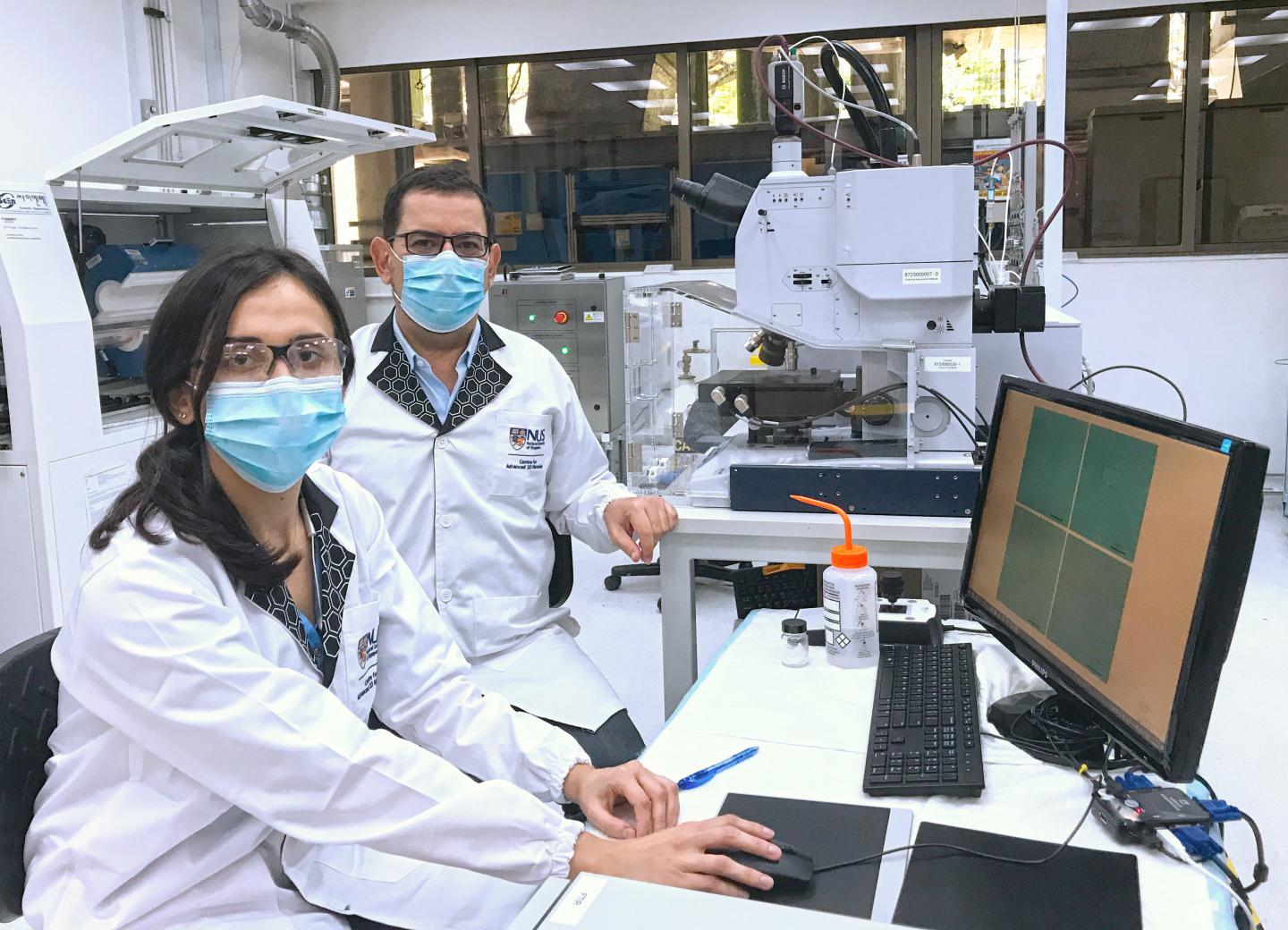 Intelligent materials, the latest revolution in the field of materials science, can adapt their properties depending on changes in their surroundings. They can be used in everything from self-healing mobile phone screens, to shape-shifting aeroplane wings, and targeted drug delivery. Delivering drugs to a specific target inside the body using intelligent materials is particularly important for diseases like cancer, as the smart material only releases the drug payload when it detects the presence of a cancer cell, leaving the healthy cells unharmed.

Now, researchers from the Centre for Advanced 2D Materials (CA2DM) at the National University of Singapore (NUS) have created a new class of intelligent materials. It has the structure of a two-dimensional (2D) material, but behaves like an electrolyte – and could be a new way to deliver drugs within the body.

Just like traditional electrolytes, these new “2D-electrolytes” dissociate their atoms in different solvents, and become electrically charged. Furthermore, the arrangement of these materials can be controlled by external factors, such as pH and temperature, which is ideal for targeted drug delivery. The 2D-electrolytes also show promise for other applications that require a material to be responsive to environmental changes, such as artificial muscles and energy storage.

Their trailblazing results were published in the prestigious journal Advanced Materials on 12 May 2021.

Changing the behaviour of 2D materials

In materials science, a 2D material is a solid material that exists in a single layer of atoms. It can be thought of as an atomically-thin sheet that has a specific height and width, but effectively no depth, hence, it is essentially two-dimensional. On the other hand, an electrolyte is a substance that produces an electrically conducting suspension when dissolved in a solvent, such as water.

There are numerous 2D materials in existence today, and electrolytic behaviour has been well-established in countless other compounds. However, the results from the NUS researchers show the first instance of materials that have both 2D structure and properties of electrolytes, with a particular trend to shape shift their form reversibly in liquid medium. The NUS team achieved this feat by using organic molecules as reactive species to add different functionalities to 2D materials such as graphene and molybdenum disulfide (MoS2).

“By adding different chemical groups that become positively or negatively electrically charged in solvents, we altered traditional 2D materials and came up with a novel class of smart materials that have their electronic properties controlled by morphological conformation,” explained Prof Castro Neto.

The methods used by the researchers to create 2D-electrolytes are only a few possible examples among many potential options, making this discovery an exciting new research area to explore.

From a flat sheet to a rolled-up scroll

A major breakthrough of this research was that the orientation of the 2D-electrolytes could reversibly change by tweaking the external conditions. Currently, the electrical repulsion between the surface charge in a 2D material leads to it be laid out in a flat sheet. By altering the pH, the temperature, or the ionic concentration of the suspensions, the NUS researchers demonstrated the ability of the 2D-electrolyte sheet to shape shift and form scroll-like arrangements. These experimental results are supported by detailed theoretical analysis in which they explain the physical mechanism behind the scroll formation and stability.

These scroll orientations have such a small diameter that they could be described as one-dimensional (1D), leading to different physical and chemical properties. Moreover, this transition from 2D to 1D is reversible by altering the external conditions back to their original values

“When acids, bases, or salts are added, these electrically charged polymers also undergo conformational transitions from molecular chains that are 1D to globular objects of 0D, and vice versa. Our 2D-electrolytes, in analogy with polyelectrolytes, show reversible transitions from 2D to 1D, as a function of external factors. As stimuli responsive materials, they are suitable for the creation of cutting-edge technology,” he added.

Discovering this class of materials has opened up new areas of exploration for materials scientists, since it brings together two fields of research that have been traditionally unlinked, namely, 2D materials in the field of Physics, and electrolytes (in the area of Electrochemistry).

“There is an uncountable number of ways to functionalise graphene and other 2D materials to transform them into 2D-electrolytes. We hope that our work will inspire scientists from different fields to further explore the properties and possible applications of 2D-electrolytes. We anticipate that as 2D-electrolytes have similarities with biological or natural systems, they are capable of spontaneously self-assemble and cross-link to form nanofibers that are promising for applications in filtration membranes, drug delivery, and smart e-textiles,” explained Prof Castro Neto.