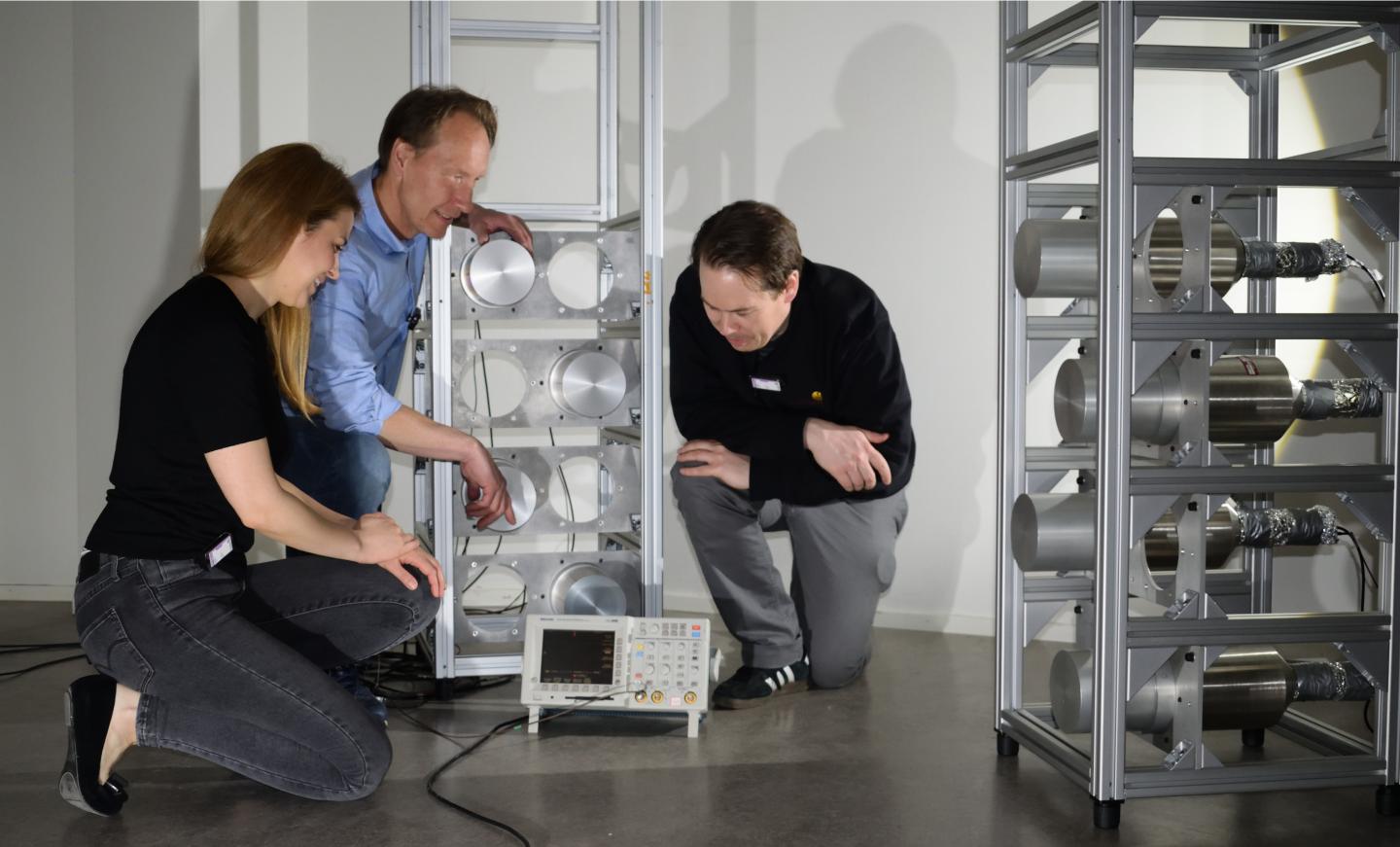 Scanning technology aimed at detecting small amounts of nuclear materials was unveiled by scientists in Sweden today, with the hope of preventing acts of nuclear terrorism.

Bo Cederwall, a professor of physics at KTH Royal Institute of Technology, says the technology can be used in airports and seaports for routine inspection of passengers and goods. The research is published and featured in the journals Science Advances and Science, respectively.

A form of tomography, the system enables quick 3D imaging of the source of neutron and gamma ray emissions from weapons-grade plutonium and other special nuclear materials, Cederwall says.

The so-called Neutron-Gamma Emission Tomography (NGET) system goes beyond the capabilities of existing radiation portal monitors, by measuring the time and energy correlations between particles emitted in nuclear fission, and using machine learning algorithms to visualize where they’re coming from. The system looks for coincidences of neutron and gamma ray emissions–which when mapped together in real-time allow pinpointing their origin.

“The technology has a very high sensitivity and can within a few seconds detect gram-amounts of plutonium depending on the application and the plutonium isotope composition,” Cederwall says. “It takes a little longer to get a really good picture so you can see exactly where the plutonium is. However, this can be done completely automatically.”

But NGET isn’t only for nuclear weapons and radiation-dispersing “dirty bombs”–it can be used to detect environmental radiation too, such as leaks from nuclear facilities or even natural sources. Cederwall says the research group is looking into equipping drones with the NGET system for this purpose.

“In case of a radiological emergency, It is extremely important to be able to quickly map the radioactive contamination in the environment in order to protect the population in the best possible way,” he says.