Nuclear physicists on the hunt for squeezed protons 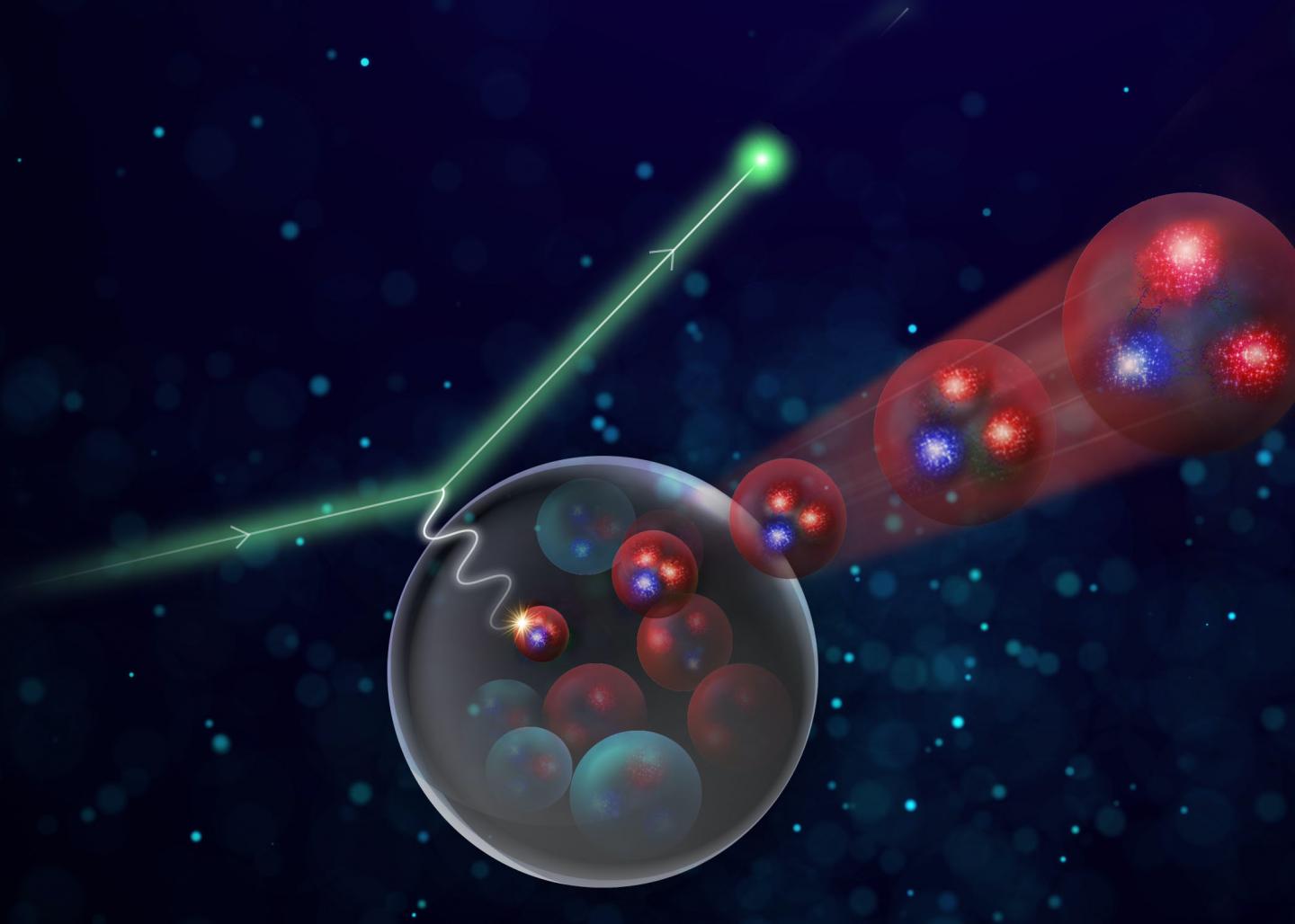 While protons populate the nucleus of every atom in the universe, sometimes they can be squeezed into a smaller size and slip out of the nucleus for a romp on their own. Observing these squeezed protons may offer unique insights into the particles that build our universe.

Now, researchers hunting for these squeezed protons at the U.S. Department of Energy’s Thomas Jefferson National Accelerator Facility have come up empty handed, suggesting there’s more to the phenomenon than first thought. The result was recently published in Physical Review Letters.

“We were looking to squeeze the proton such that its quarks are in a small-size configuration. And that’s a pretty tough thing to do,” said Holly Szumila-Vance, a Jefferson Lab staff scientist.

However, QCD also predicts that the proton can be squeezed such that the quarks become more tightly knit – essentially wrapping themselves up so tightly in the color force that it no longer leaks out of the proton. When that happens, the proton no longer sticks to other particles and can move freely through the nucleus. This phenomenon is called “color transparency,” since the proton has become invisible to the color force of the particles around it.

“It’s a fundamental prediction of quantum chromodynamics, the theory that describes these particles,” Szumila-Vance explained.

“We expected to find the protons squeezed just like the pions,” said Dipangkar Dutta, a professor at Mississippi State University and a spokesperson for the experiment. “But we went to higher and higher energies and are still not finding them.”

The experiment was one of the first to run in the Continuous Electron Beam Accelerator Facility, a DOE Office of Science User Facility, following its 12 GeV upgrade. In the experiment, the nuclear physicists directed high-energy electrons from CEBAF into the nuclei of carbon atoms. They then measured the outgoing electrons and any protons that came out.

“At the energies we are probing, the proton is usually decimated, and you’re looking at the debris of the proton,” Dutta explained. “But in our case, we want the proton to stay a proton, and the only way that that can happen is if the quarks kind of squeeze together, hold each other much more tightly so that they can escape together from the nucleus.”

While the nuclear physicists observed several thousand protons in the experiment, they did not find the tell-tale signs of color transparency in the new data.

“I think this tells us that the proton is more complicated than we expected,” said Szumila-Vance. “This is a fundamental prediction of the theory. We know that it has to exist at some high energy, but just don’t yet know where that will happen.”

The researchers said the next step is to better understand the phenomenon in simpler particles where it has already been observed, so that improved predictions can be made for more complex particles, such as protons.