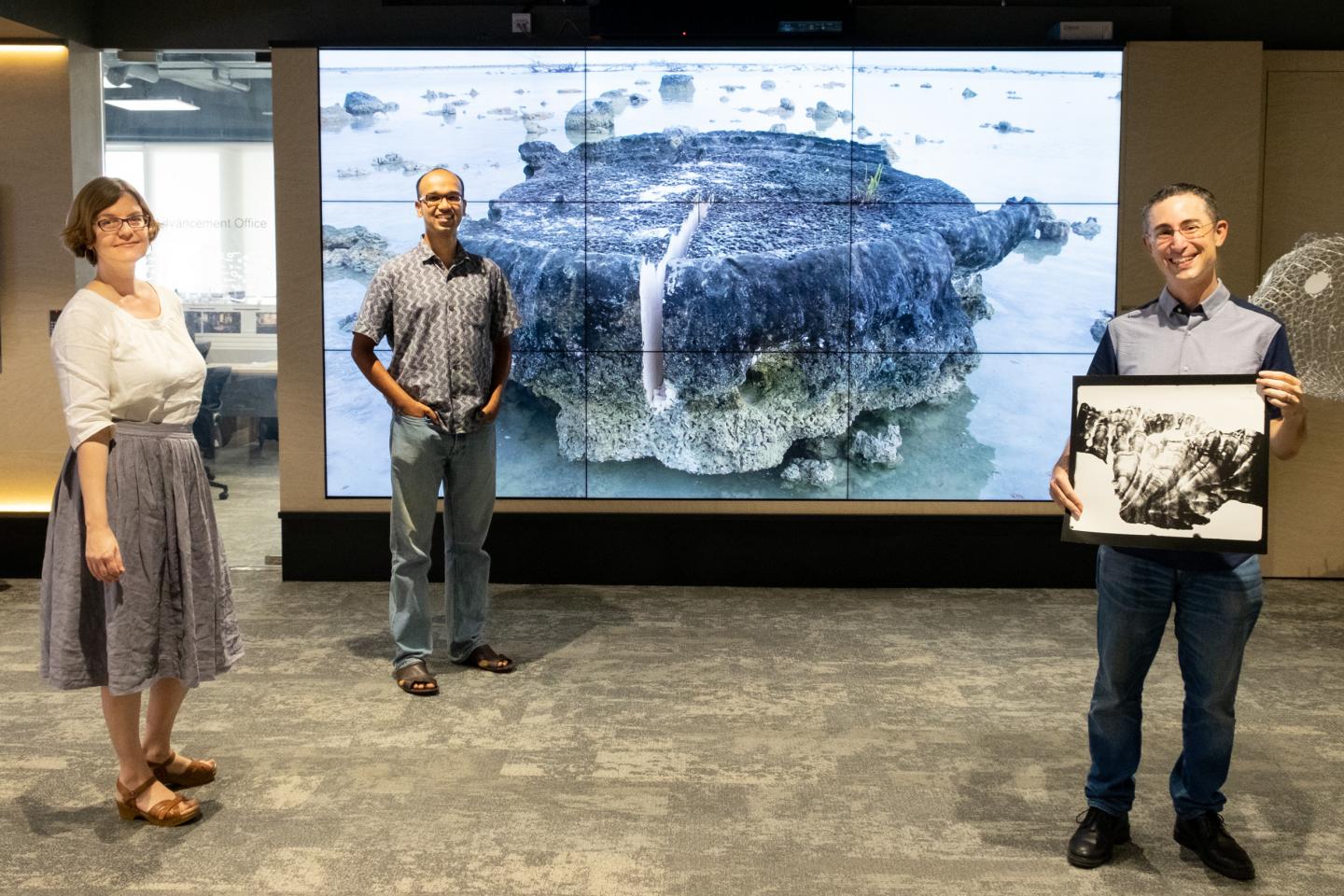 ‘Slow motion’ earthquakes or ‘slow slip events’ refer to a type of long, drawn-out stress release phenomenon in which the Earth’s tectonic plates slide against one another without causing major ground shaking or destruction. They typically involve movements of between a few cm/year to cm/day.

The NTU team made the surprise discovery while studying historic sea-levels using ancient corals called ‘microatolls’ at Simeulue Island, located off the coast of Sumatra. Growing both sideways and upwards, the disc-shaped coral microatolls are natural recorders of changes in sea level and land elevation, through their visible growth patterns.

Using data from the microatolls and combining them with simulations of the motion of the Earth’s tectonic plates, the NTU team found that from 1829 until the Sumatra earthquake in 1861, south-eastern Simeulue Island was sinking faster than expected into the sea.

This slow slip event was a gradual process that relieved stress on the shallow part of where two tectonic plates met, said the NTU team. However, this stress was transferred to a neighbouring deeper segment, culminating in the massive 8.5 magnitude earthquake and tsunami in 1861 which led to enormous damage and loss of life.

The discovery marks the longest slow slip event ever recorded and will change global perspectives on the timespan and mechanisms of the phenomenon, says the NTU team. Scientists previously believed that slow slip events take place only over hours or months, but the NTU research shows that they could, in fact, go on for decades without triggering the disastrous shaking and tsunamis seen in historical records.

Lead author of the study, Rishav Mallick, a PhD student at the NTU Asian School of Environment, said, “It is interesting just how much we were able to discover from just a handful of ideally located coral sites. Thanks to the long timespans of the ancient corals, we were able to probe and find answers to secrets of the past. The method that we adopted in this paper will also be useful for future studies of other subduction zones – places that are prone to earthquakes, tsunamis, and volcanic eruptions. Our study can therefore contribute to better risk assessments in future.”

Co-author Assistant Professor Aron Meltzner from the Earth Observatory of Singapore at NTU said, “When we first found these corals more than a decade ago, we knew from their growth patterns that something strange must have been going on while they grew. Now we finally have a viable explanation.”

The findings, published in the peer-reviewed scientific journal Nature Geoscience in May, led the authors to suggest that current earthquake risk assessments may be overlooking ongoing slow slip events in the observations, and hence not properly considering the potential for slow slip events to trigger future earthquakes and tsunamis.

Located far from land below kilometres of water, the shallower part of the subduction zone is typically ‘quieter’ and does not produce as many earthquakes. Its distant location also makes it difficult for land-based scientific instruments to detect activities and for scientists to understand what is going on.

Many scientists have therefore tended to interpret the ‘quietness’ of the shallow part of the subduction zone to mean that the tectonic plates lying underneath to be sliding along steadily and harmlessly.

Though this might be correct in some cases, the NTU study found that this sliding is not as steady as assumed and can occur in slow slip events.

Elaborating on their findings, Rishav said, “Because such slow slip events are so slow, we might have been missing them as current instrumental records are generally only up to ten years long.”

He added, “If similar behaviour is observed leading up to earthquakes elsewhere, this process might eventually be recognised as an earthquake precursor.”

Tapping on their methodology in the research, the NTU team also highlighted a potential ongoing drawn-out slow slip event at Enggano Island, Indonesia, located at about 100 km (60 miles) southwest of Sumatra.

Asst Prof Meltzner said, “If our findings are correct, this would mean that the communities living nearby this Indonesian island are potentially facing higher risk of tsunami and earthquake than what was previously thought. This suggests that models of risk and mitigation strategies need updating.”