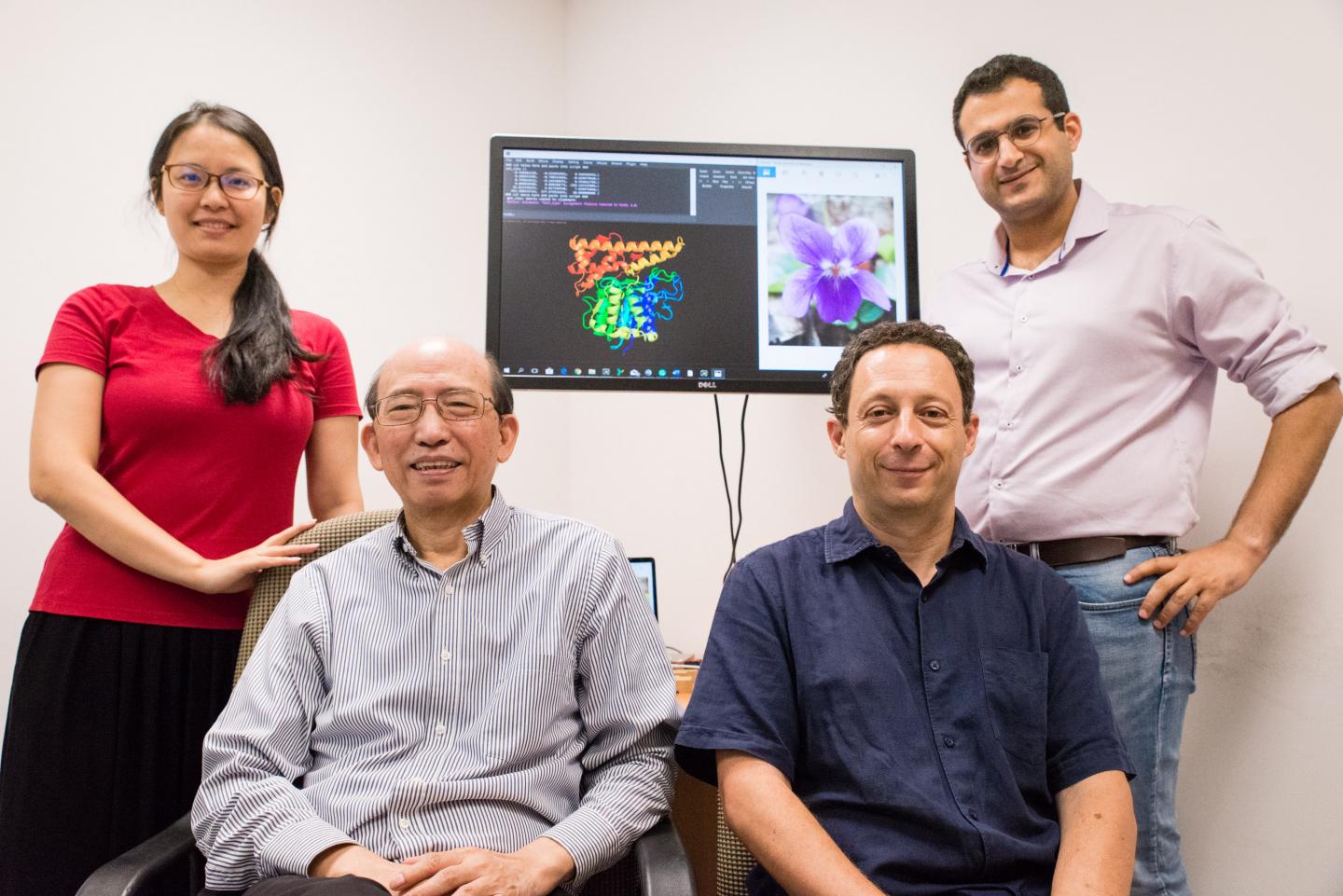 Scientists from Nanyang Technological University, Singapore (NTU Singapore) have pinpointed how a special class of plant-derived enzymes, known as peptide ligases, work to join proteins together. Such binding is an important process in the development of drugs, for example in specifically attaching a chemotherapy drug to an antibody that recognises tumour markers to target cancer cells.

More broadly, peptide ligases are a useful tool in biotechnological and biomedical applications such as protein labelling, imaging and tracking proteins in the body.

The NTU Singapore scientists have shown that the secret to a peptide ligase’s ‘superglue’ property lies in two specific regions of the enzyme that give it the ability to attach itself to other molecules, and to alter the rate at which it works.

The NTU team led by Associate Professor Julien Lescar and Professor James Tam of the NTU School of Biological Sciences used their new-found knowledge to develop a new lab-created peptide ligase based on genetic information from the Chinese violet (Viola yedoensis), a medicinal plant with antibiotic and anti-inflammatory properties.

The artificially-created peptide ligase, also known as a recombinant peptide ligase, may help the development of drugs made from components taken from living organisms, as it overcomes the limitations of current methods, such as by-products or toxic molecules that may alter a drug’s function and efficacy.

The findings were published in April in the Proceedings of the National Academy of Sciences of the United States of America (PNAS).

Associate Professor Julien Lescar, who is also based in the NTU Institute of Structural Biology (NISB), said, “We’ve used what we have learnt in nature to engineer a recombinant enzyme in the lab. It attaches itself to a specific protein, which then joins to another specific protein or molecule. This new way of doing things could underpin better diagnostic tests or anti-cancer drugs.”

Currently, during drug development, protein molecules are stitched together chemically. While this is efficient, the process leaves by-products that may alter the function of the end product.

Plant-derived peptide ligases have proven to be a more reliable protein ‘superglue’ than ligases derived from bacteria, or the use of chemicals to bind proteins together. Assoc Prof Lescar noted that plant-extracted enzymes may carry trace contaminants that could in turn trigger allergies, and the availability of the enzyme is dependent on successful growing and harvesting. In contrast, the new NTU-developed recombinant enzyme can be produced in labs in large quantities without any by-products.

Professor James Tam, who is also in the NISB, said, “In very simple terms, our work to create these ligases provides an improved platform for precision biomanufacturing of drugs, diagnostics and biomaterials.”

Taking a leaf out of nature’s book

The NTU team studied the genetic information of enzymes extracted from the Chinese violet (Viola yedoensis) and the Canada violet (Viola canadensis). Instead of testing the efficiency of these extracted enzymes, the scientists engineered five recombinant enzyme samples by inserting the enzymes’ genes into an insect cell culture. Of the five samples, three are peptide ligases. The other two are proteases, which are enzymes that cleave protein molecules into smaller peptide chains.

The scientists found that one of the recombinant peptide ligase samples, VyPAL2, has exceptional binding properties, and is 3,000 times more efficient than three other known types of ligases.

Through a structural analysis of VyPAL2, the NTU team then narrowed down the “control centres” of its ‘superglue’ property to two specific regions, which they called LAD1 and LAD2. LAD1 affects the rate of enzymatic activity, while LAD2 determines whether the enzyme exhibits ligase or protease activity.

Another discovery stemming from the knowledge of the peptide ligase’s molecular mechanism is a method to convert it from being a cutter (a protease) into a joiner (peptide ligase). This can be done by introducing mutations into the LAD1 and LAD2 regions of a protease.

“When you have tens of thousands of proteases, and only a few known peptide ligases, trawling through the sequence databases with the LAD1 and LAD2 regions as the search criteria could lead to the discovery of more proteases that can be converted into peptide ligases. It’s like a fishing expedition, but at least now we know where to fish.”

The team recently received funding from NTUitive, NTU’s innovation and enterprise company, and is now working to develop the recombinant enzyme into a product. The product will be eventually sold at Epitoire, a start-up founded by Assoc Prof Lescar. The start-up sells DNA, RNA and protein reagents for academics and researchers who wish to do protein modification.

The team is also partnering both local and overseas medical schools and health institutions to use this recombinant enzyme in diagnostic imaging, such as brain tumour imaging during a surgery.

A patent has been filed for the creation of the recombinant enzyme, as well as the mechanism that converts a protease into a ligase.

Ranked 12th in the world, NTU has been placed the world’s top young university for the past five years. The University’s main campus is frequently listed among the Top 15 most beautiful university campuses in the world and it has 57 Green Mark-certified (equivalent to LEED-certified) building projects comprising more than 230 buildings, of which 95% are certified Green Mark Platinum. Apart from its main campus, NTU also has a campus in Singapore’s healthcare district.

Scienmag Oct 15, 2019
They have detected that fear of movement increases in these patients, while on specific cases, like whiplash, it…