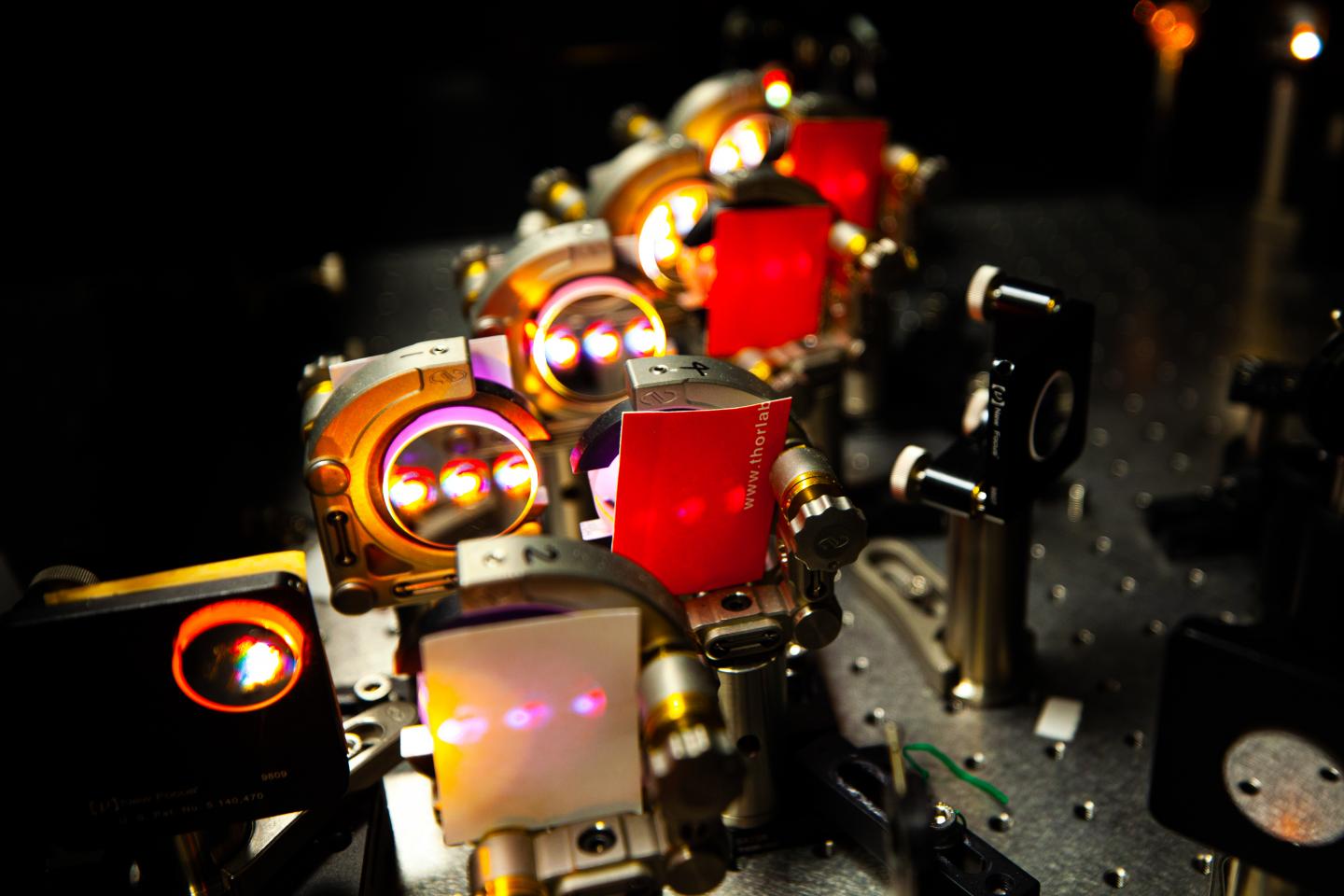 Scientists at Nanyang Technological University, Singapore (NTU Singapore) have developed a technique to observe how radiation damages molecules over time-frames of just one quadrillionth of a second – or a femtosecond.

Nuclear or “ionising” radiation can damage our bodies by altering DNA and other biological molecules as it disintegrates the chemical bonds holding molecules together.

Using their new technique, the scientists watched the vibrations generated by collisions of ionising radiation particles with an organic molecule, which eventually caused it to break apart after undergoing violent stretching, bending, and twisting motions. These vibrations only occurred when the molecules were dissolved in water, which represents a significant advance on previous studies.

Associate Professor Zhi-Heng Loh, an Assistant Chair at NTU’s School of Physical & Mathematical Sciences who led the research, said, “This is the first time anyone has observed ionisation-induced molecular dynamics in aqueous solutions on femtosecond time scales. In previous studies, scientists were only able to observe the products of ionisation after the molecule had already been broken apart.”

Although the hazards of radiation have been widely recognised since the 1930s, when Marie Curie died from anaemia caused by her long-term exposure to radioactivity, the exact processes by which ionising radiation alters molecules are still not completely understood.

The study used methods from femtochemistry, to capture how atoms and molecules behave at ultra-short time scales, as in the formation or breaking of chemical bonds that take a few quadrillionths of a second, or femtoseconds.

Femtochemistry uses lasers that emit extremely brief pulses of light and each pulse creates a snapshot of the chemical reaction. These can then be stitched together like the frames of a video, to watch ultra-fast chemical processes from start to end.

Assoc Prof Loh and his team set out to understand how ionising radiation affects biological molecules. As a starting point, they focused their attention on the phenoxide ion, a relatively simple organic molecule that contains many of the same types of chemical bonds that are found in the proteins that make up living tissue.

High-resolution spectroscopy had previously been used to study phenoxide in its gaseous form, and from it researchers had observed a relatively simple behaviour: when struck by ionising radiation, each phenoxide molecule vibrates at a single frequency, like a bell ringing in a single clear tone. However, this method could not be used to study organic molecules dissolved in water, which is similar to the state molecules are found in biological tissue.

Using a pulsed-laser apparatus, the NTU team was able to record how radiation damages phenoxide molecules dissolved in water. The team identified multiple vibrational frequencies, distinct from the single frequency observed in gaseous phenoxide. They discovered that when radiation causes the molecules to eject an electron, the molecule vibrates in a highly complex pattern, more akin to the sound of a cymbal or gong than a ringing bell.

“In the future, we will build on this to investigate how radiation affects larger and more complicated molecules, such as proteins and nucleic acids, which are the building blocks of life,” said Assoc Prof Loh.

“Our research group specialises in femtochemistry, and once we got interested in the topic, it turned out to be relatively simple to adapt our femtochemistry methods to studying the vibrational motion of ionised molecules dissolved in water. To our surprise, no one had ever tackled this particular problem before,” he added.

Ranked 11th in the world, NTU has been placed the world’s top young university for the past six years. The University’s main campus is frequently listed among the Top 15 most beautiful university campuses in the world and it has 57 Green Mark-certified (equivalent to LEED-certified) building projects, of which 95% are certified Green Mark Platinum. Apart from its main campus, NTU also has a campus in Novena, Singapore’s healthcare district.

Histamine: an unexpected defender against heart and kidney damage