Nanyang Technological University, Singapore (NTU Singapore) is among the top 25 institutions globally with the most number of influential scientists mentioned. The University is now at 23rd place, up from 25th last year. 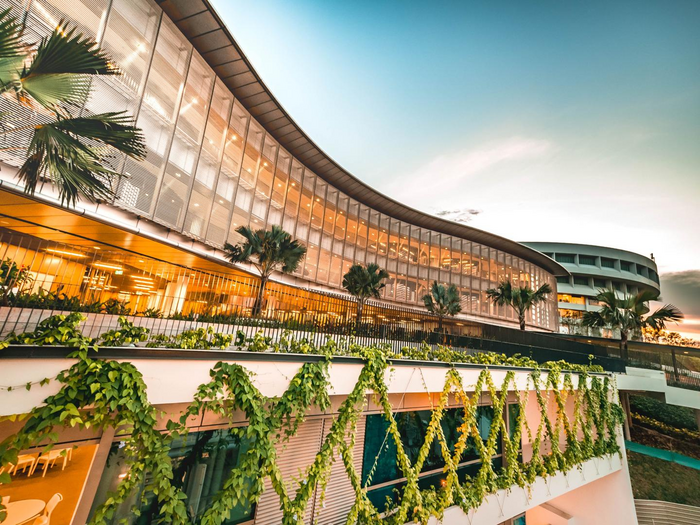 Nanyang Technological University, Singapore (NTU Singapore) is among the top 25 institutions globally with the most number of influential scientists mentioned. The University is now at 23rd place, up from 25th last year.

Today, 41 researchers from NTU with significant and broad influence in their fields of research were named in the Highly Cited Researchers 2022 list by Clarivate Analytics, a United States-based data company.

For the fifth year running, NTU has the largest number of influential scientists among Singapore institutions recognised in the list.

About half of the listed NTU researchers are cited for their interdisciplinary work, attesting to progress in delivering on a key aim of the University’s five-year strategic plan, NTU2025 – to support high-impact interdisciplinary research to address humanity’s grand challenges, such as mitigating people’s impact on the environment and technology’s impact on humanity.

NTU’s strong performance has also contributed to Singapore’s position for the first time in the top 10 of countries and regions with the highest mentions in the Highly Cited Researchers list. Singapore is now 10th. It was placed 13th last year.

There are 6,900 international scientists from about 70 countries and regions in this year’s list, which identifies and celebrates the world’s most influential scientists for their impact on the research community, based on the rate at which their work has been cited by others over the last decade.

NTU Senior Vice President (Research) Prof Lam Khin Yong said: “With Singapore breaking into the top 10 countries and regions that have the most mentions in this year’s Highly Cited Researchers list, NTU continues to contribute to the country’s Research, Innovation and Enterprise 2025 plan.1 The University is addressing a broad range of complex challenges the world faces, such as environmental sustainability and future healthcare, with an interdisciplinary approach to research. This taps schools, laboratories, research centres and institutes from different fields to catalyse the development of breakthrough ideas and technologies from NTU for the world.”

David Pendlebury, Head of Research Analysis at the Institute for Scientific Information at Clarivate, said: “Research fuels the race for knowledge and it is important that nations and institutions celebrate the individuals who drive the wheel of innovation. The Highly Cited Researchers list identifies and celebrates exceptional individual researchers at NTU Singapore with a significant impact on the research community, as evidenced by the rate at which their work is being cited by their peers. These scientists are helping to transform human ingenuity into our world’s greatest breakthroughs – and it is an honour to celebrate their achievements. They have also contributed significantly to Singapore making it into, for the first time since 2014, the top 10 countries and regions with the greatest number of Highly Cited Researchers.”

Singapore’s 106 mentions in 2022 represent a 1.5 per cent share of all Highly Cited Researchers globally. Last year, Singapore had 90 mentions in Clarivate’s list, which began in 2014.

Who’s who of influential researchers

Clarivate’s Highly Cited Researchers list recognises researchers whose citation records place them in the top 1 per cent based on the number of citations for their fields and year across more than 20 disciplines, including chemistry, engineering, economics and the social sciences.

The NTU scientists on the list focus on research areas such as additive manufacturing, artificial intelligence, biomedical engineering, clean energy, clinical medicine, environmental science and materials science. Of the 41 NTU scientists in the list, half of them, or 21 individuals, are recognised for their interdisciplinary research.

They include materials scientist Prof Madhavi Srinivasan, who researches on improving the performance of eco-friendly batteries and developing sustainable, green recycling technologies to recover valuable materials from e-waste.

Said Prof Madhavi, who heads the NTU Sustainability Office and the Energy Research Institute @ NTU: “An interdisciplinary approach is crucial for my team’s research. Our expertise in diverse fields – such as materials science, chemistry and environmental engineering – has allowed us to better develop innovative solutions that bring value to the circular economy where waste is reduced and resources are maximised.”

Prof Lou is one of only 28 researchers worldwide who has been recognised in the Highly Cited Researchers 2022 list in three fields.

His research covers battery electrodes made of materials that have tiny nano-sized structures, as well as similar electrode materials used in electrochemical processes that rely on catalytic substances to speed up the reactions.

Assoc Prof Pu, whose research interests include molecular imaging and chemical biology, is among the 219 researchers globally recognised in two fields in this year’s list.

1 The Singapore Government’s S$25 billion Research, Innovation and Enterprise 2025 plan was launched in 2020 to chart the country’s research landscape in four areas of focus: manufacturing, health, sustainability and the digital economy.

Ranked amongst the world’s top universities, the University’s main campus is also frequently listed among the world’s most beautiful. Known for its sustainability, over 95% of its building projects are certified Green Mark Platinum. Apart from its main campus, NTU also has a medical campus in Novena, Singapore’s healthcare district.