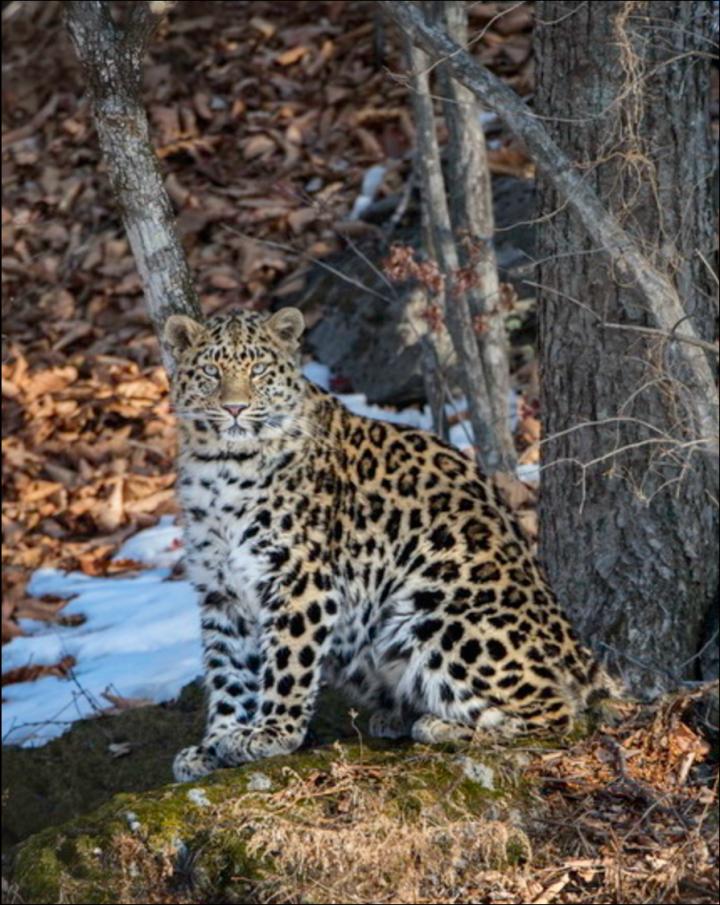 FORT LAUDERDALE/DAVIE, Fla. – They are some of the most beautiful, and elusive, animals on the plant. Leopards.

These majestic animals are the only great cat species (Genus Panthera) to roam about both Africa and Asia today. Leopards are considered as highly vulnerable, classified by the Convention on International Trade of Endangered Species of Wild Fauna and Flora (CITES). Because of their elusive nature, and their adaptation to multiple landscapes (rain forest, savannah, deserts and mountain sides) an accurate estimation of their global census has not been possible.

In a major scientific step to reconstruct the evolutionary history plus their conservation status, the whole genome DNA sequence of 23 individual leopards sampled from eight geographically separated subspecies locales were interpreted using the latest technologies of population ecology and molecular evolution. Ancient DNA sequences for 18 archival specimens along with 5 living leopards were combined to refine our understanding of the leopard’s movements, population reductions, divergence and isolation, and over the past half million years.

The new study was published today in Current Biology.

An international team involving scientists from Nova Southeastern University (NSU), Nottingham Trent University, the University of Cambridge, University of Leicester in U.K. and the University of Potsdam in Germany carried out genetic analysis of modern and historical specimens stored in natural history museums as part of the study.

“This study changes everything about genetic contributions to conservation management of the world’s leopards, particularly the highly threatened Amur leopard,” said Stephen J. O’Brien, Ph.D., a professor and research scientist in NSU’s Halmos College of Arts and Sciences, who is a collaborating author and also led the genetic analyses the Florida panther restoration two decades ago.

O’Brien, is also the Chief Scientific Officer at the Theodosius Dobzhansky Center for Genome Bioinformatics, St. Petersburg State University, Russia, and is a member of the National Academy of Sciences.

There appeared a striking genomic distance between leopards living in Asia vs. leopards in Africa. Asian leopards are more genetically separated from African leopards than brown bear species are from polar bear species, the researchers found. The two leopard groups actually diverged around the same time as Neanderthals split apart from modern humans. The genetic differences between African and Asian leopards have been maintained since 500,000 to 600,000 years ago. Asian leopards retain markedly less overall genetic variation than is seen in African leopards.

“While they both have spots, the African and Asian leopards are quite different when looking at their DNA, said Johanna Paijmans, Ph.D., lead author, Research Fellow at the University of Cambridge and Honorary Fellow at the University of Leicester. “Given their mobility, it is surprising that they have remained so distinct and do not carry more shared genetic material with one another. Our study demonstrates that many more exciting genetic discoveries could be hidden among the shelves of natural history museums around the world.”

The simplest explanation for both low Asian diversity and this large genetic difference may involve an origin for all leopards in Africa, with a single founding “out of Africa” migration to Asia occurring 500,000 – 600,000 years ago. Evidence of subsequent additional northern migrations were not detected, perhaps because the Asian habitats were protected by behavioural reinforcement, a term used to describe the blocking of immigrants across a narrow migration corridor. For example, a similar pattern had occurred with puma/cougar population migrations to North America from South American isthmus 1-12,000 years ago.

The depletion of genetic diversity observed in Asian leopard subspecies extends to the extreme in the critically endangered Amur leopard ( Panthera pardi orientalis ). Amur leopards comprise a tiny relict subspecies living on the edge of extinction in the Primorsky Krai region of the Russian Far East-RFE, along the North Chinese border. The Amur leopard population has dropped below 60 individuals and is now showing congenital traits that derive from close inbreeding. Conservation organizations in the RFE are proposing a genetic restoration of re-introduction of Amur leopards to Ussurijsky and Lazovsky Nature Reserves in the RFE (similar to what was successful for the Florida Panther restoration 15 years ago to augment the struggling wild population). The new Amur leopard genomic diversity data shall form a baseline for monitor of Amur leopard re-introduction consequences.

“Despite the fact that they the most widely distributed big cats, the evolutionary development and population history of leopards across Africa and Asia has not been studied with genomic tools before now,” said Axel Barlow, Ph.D., an expert in palaeogenomics and molecular bioscience in Nottingham Trent University’s School of Science and Technology. “Our results have highlighted marked genetic differences between African and Asian leopards, that Asian leopards originated from a single out-of-Africa dispersal event, and that the distinctiveness of leopards on the two continents has been maintained.”

Be sure to sign up for NSU’s RSS feed so you don’t miss any of our news releases, guest editorials and other announcements. Please sign up ONLINE (https://news.nova.edu/subscribe/). You can also follow us on Twitter @NSUNews.

About Nova Southeastern University (NSU): At NSU, students don’t just get an education, they get the competitive edge they need for real careers, real contributions and real life. A dynamic, private research university, NSU is providing high-quality educational and research programs at the undergraduate, graduate, and professional degree levels. Established in 1964, the university includes 15 colleges, the 215,000-square-foot Center for Collaborative Research, the private JK-12 grade University School, the world-class NSU Art Museum Fort Lauderdale, and the Alvin Sherman Library, Research and Information Technology Center, one of Florida’s largest public libraries. NSU students learn at our campuses in Fort Lauderdale, Fort Myers, Jacksonville, Miami, Miramar, Orlando, Palm Beach, and Tampa, Florida, as well as San Juan, Puerto Rico, and online globally. With nearly 200,000 alumni across the globe, the reach of the NSU community is worldwide. Classified as having “high research activity” by the Carnegie Foundation for the Advancement of Teaching, NSU is one of only 59 universities nationwide to also be awarded Carnegie’s Community Engagement Classification, and is also the largest private institution in the United States that meets the U.S. Department of Education’s criteria as a Hispanic-serving Institution. Please visit http://www.nova.edu for more information.

About NSU’s Halmos College of Arts and Sciences and Guy Harvey Oceanographic Research Center: The college provides high-quality undergraduate and graduate education programs in a broad range of disciplines in the natural sciences, humanities, social sciences, and the arts. Halmos College faculty, researchers, staff, and students pursue studies and investigations in all of these fields and in interdisciplinary projects. Excellence in teaching, research, and community engagement are at the forefront of the College’s many initiatives. The Guy Harvey Oceanographic Research Center hosts cutting edge research in the marine sciences focusing on the biology, conservation, and physical aspects of the tropical and subtropical ocean environments. Please visit hcas.nova.edu for more information.