Discovery has implications for bolstering other crops, long-lived trees 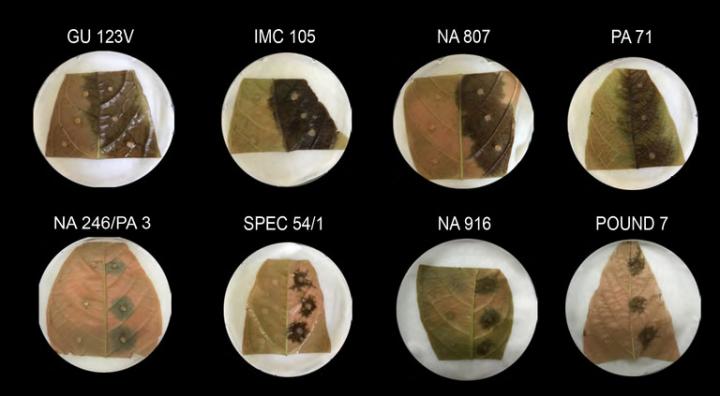 Chocolate-producing cacao trees that are resistant to a major pathogen were identified by an international team of plant geneticists. The findings point the way for plant breeders to develop trees that are tolerant of the disease.

The method researchers used to rapidly identify resistance genes could be used for any trait that has a genetic link in any plant, according to the team’s leader, Mark Guiltinan, professor of plant molecular biology, Penn State College of Agricultural Sciences. He contends that the strategy represents a major step forward in the quest to develop disease resistance in long generational plants such as trees.

The focus of the study was the tropical tree Theobroma cacao, the source of chocolate. Its seeds are a major export from many producing countries in Central and South America, Africa, and Asia — but every year, 30-40% of preharvest yield is lost to diseases.

For a long time, scientists have been trying to devise ways to reduce those losses, Guiltinan pointed out, adding that bolstering cacao’s resistance to disease is the most efficient and environmentally friendly approach for disease management.

To determine how best to boost cacao resistance, Guiltinan assembled what he called “an amazing transdisciplinary team.”

The researchers set out to measure the susceptibility of 60 genetically diverse genotypes of cacao to Phytophthora palmivora — a major cacao pathogen with global importance — by first collecting leaf samples from cacao trees at the International Cocoa Collection (CATIE), in Turrialba, Costa Rica.

They focused on trees from four genetic groups — Guiana, Iquitos, Marañon and Nanay, isolated from remote regions of the Amazon, which give them their names.

Researchers also collected leaves from trees representing four genotypes of interest outside of these genetic groups: Scavina 6, a known source of broad-spectrum disease tolerance; Imperial College Selection 1, a Trinitario hybrid known to be highly susceptible to disease; and CATIE R4 and R6, two recently developed hybrid genotypes with strong tolerance to the fungal disease Moniliophthora roreri, but which are susceptible and moderately tolerant, respectively, to Phytophthora pod rot.

Over the nine-month sampling period, researchers inoculated 1,250 cacao leaves with the pathogen Phytophthora palmivora and then analyzed and measured resulting lesions to assess disease resistance. They identified 16 genotypes showing the strongest disease tolerance and another 16 that they judged to be susceptible. Then they deep-sequenced the genomes of most of those trees to see how they differed.

“We sequenced the genomes of 31 of those plants to enable a powerful population-genetics approach, combined with insights from evolutionary and ecological theories to discover high-priority candidate disease-resistance genes,” Guiltinan said. “Once we identify the resistance genes and their locations, we’ll give that knowledge, along with molecular markers, to plant breeders.”

This new approach to discovering the genetic basis for disease resistance is possible only because of advances in DNA sequencing in recent years that have dramatically quickened the process and lowered costs, Guiltinan noted.

Much of the research, published today (Dec. 6) in Tree Genetics & Genomes, was conducted at the Genomic Facility in Penn State’s Huck Institutes of the Life Sciences and by the genome sequencer at Penn State Hershey Medical Center.

The leap in technology has ushered in a new era of disease-resistance research for trees, which have long generational times and previously took decades to show results of breeding and genetic manipulation, Guiltinan said.

The implications of this research extend far beyond cacao, Guiltinan suggested, explaining that this finding could ultimately contribute to enhanced global food and economic security.

“A major constraint to increased food production is crop losses due to microbial plant diseases, which destroy about 15 percent of the world’s total crop production every year,” he said. “Advances in the science of plant disease control are needed to reduce these disease-related losses, and discovery of resistance genes will unlock the power of genetic diversity for breeding of resistant plants of the future.”