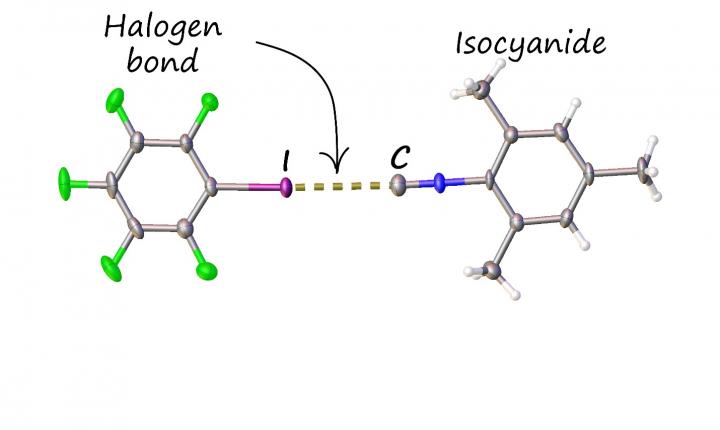 The suggested approach makes storage of these substances safer and more convenient while preserving key chemical properties that make isocyanides essential in many synthetic applications, such as the production of pharmaceuticals and functional materials.

Isocyanides are an important class of organic compounds owing to a wide range of chemical transformations they can undergo. These molecules are employed for the synthesis of various pharmaceuticals, polymers, catalysts, and luminophores. Widespread use of isocyanides in chemistry and chemical industry is, however, hampered by their extremely foul odor, described by some researchers as “mind-boggling”, “horrid” and even “murderous”. Luca Turin, one of the leading experts in fragrance chemistry, called isocyanides “the Godzilla of scent”. This odor is so terrible that the United States patented the use of isocyanides (generally low on the toxicity scale) as a non-lethal chemical weapon.

While studying isocyanides, chemists from St. Petersburg State University discovered the ability of these compounds to form adducts with certain iodine-containing organic compounds. The components of the adducts are connected noncovalently by so-called halogen bonds. The latter by their nature resemble hydrogen bonds, which connect the two strands of the DNA double helix.

‘The formation of a halogen bond with a carbon atom is in itself an unexpected discovery’, said Alexander Mikherdov, the first author of the paper, an Assistant Professor of the Institute of Chemistry at St. Petersburg State University. ‘Most importantly though, the formation of this bond led to a substantial reduction of the extremely unpleasant odor of isocyanides in their adducts. Quantitative GC-MS studies indicate up to an almost 50-fold decrease in the air concentration of isocyanide, and thus a dramatic mitigation of odor. In practice, this means that isocyanides, in the form of their adducts, no longer require a ventilated fume hood or any special precautions to work with, instead becoming benchtop reagents. It makes the chemist’s job a lot easier!’

In the future, isocyanide adducts such as those described in the study may prove to be a more convenient alternative to the usual ‘odorous’ isocyanides, since they could be stored without special precautions. The adducts can still be used in chemical transformations leading to various important compounds and materials.